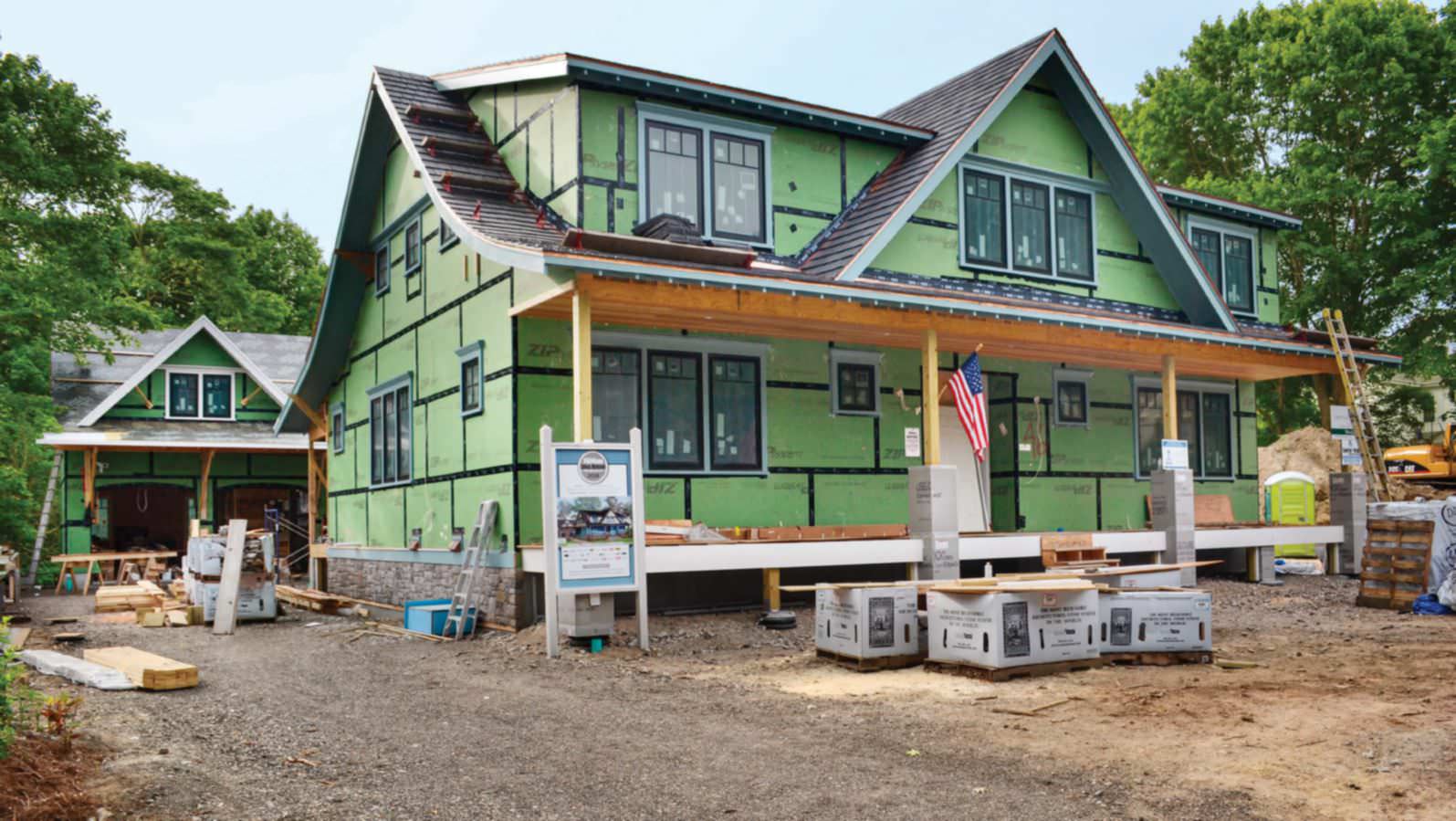 Hammers are swinging at the 2018 Idea House, where advanced materials and building techniques are creating an updated Craftsman-style house with a staycation sensibility.

IT’S A CLOUDY SPRING DAY in Narragansett, Rhode Island, and the building crew is busy nailing up the shingles on the sweeping roof, trimming out the front door, and installing the porch ceiling. A passerby stops and smiles, nodding in appreciation at the look of the house: Craftsman style has that effect on people. The early-1900s architectural style exudes comfort, warmth, and familiarity, and that is exactly the goal of TOH ’s 2018 Idea House—to combine traditional architectural details with the most-desired features for today’s informal way of living.

“We were inspired by traditional Craftsman bungalows,” says Union Studio architect Christina Carlson, who collaborated with The House Designers to create the plans for the 2018 Idea House. “The house has a unique roof that gives the appearance of one and a half stories, creating a nice scale and a sense of coziness even though there is a lot of living space tucked under that roof.”

Indeed, the 2,700-square-foot house will have four bedrooms, three and a half baths, a kitchen complete with a butler’s pantry, a mudroom, a living room that opens onto a screened porch, an office nook, first- and second-floor laundry rooms, and a basement with a home theater, a sauna, and an exercise room. A detached garage has upstairs space to accommodate a guest suite.