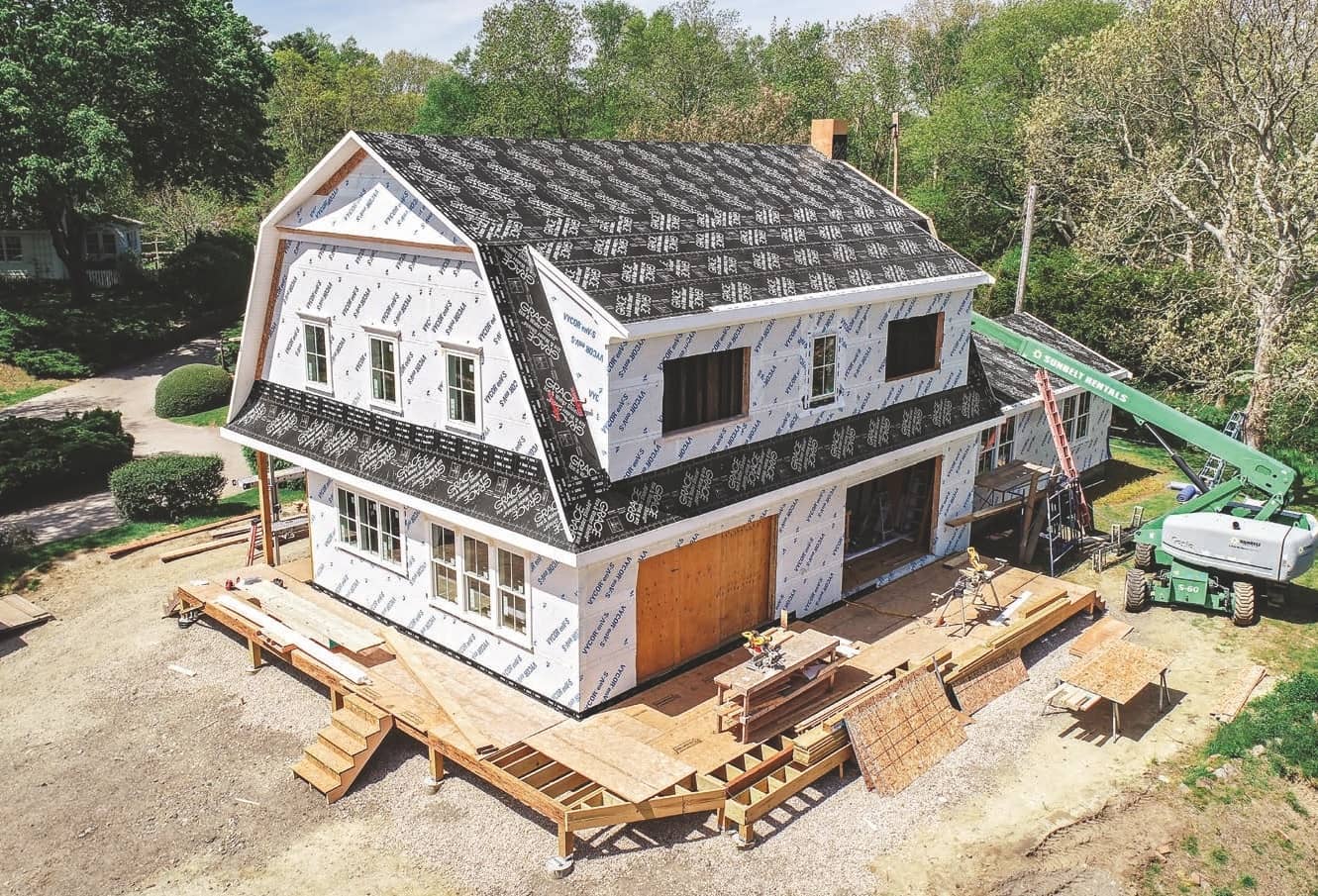 TOH TV gets to work on a dated 1949 ranch house in Westerly, Rhode Island, growing it into a gambrel-roofed two-story with plenty of room for a young family
Jill Connors
From the very first visit, Shayla Adams saw the possibilities for the one-story ranch house on a quiet cul-desac in Westerly, Rhode Island, in part because a majestic oak tree in the yard reminded her of her childhood home. Her husband, Scott, however, needed some convincing. He liked the lot—the 1.7-acre property was much larger than the fi fth-of-an-acre that surrounded their home at the time. He also liked the location, just a mile from Misquamicut Beach, which he grew up visiting with family friends in Westerly. But he isn’t a fan of ranches. Scott is drawn to iconic shingled New England beach houses, and he had been watching TOH home builder Jeff Sweenor’s work along the Rhode Island coast for years. So Scott called Jeff for a walk-through and heard some magic words: structurally sound, ready for a second-floor addition, gambrel roof, shingled, classic New England. Sold!

Jumping into the project with Sweenor’s design team, Scott and Shayla’s main priority was making more space for their family. With two daughters, Malin, now 6, and Emily, 2, the family had outgrown their small, no-backyard house, also in Westerly, and were looking to the 1949 ranch as a canvas for their dream home. The 1,850-square-foot house’s solid structure was a plus, but the warren of rooms covered in floor-to-ceiling knotty pine had to go, as did the massive fireplace that divided the front portion of the house from the back.