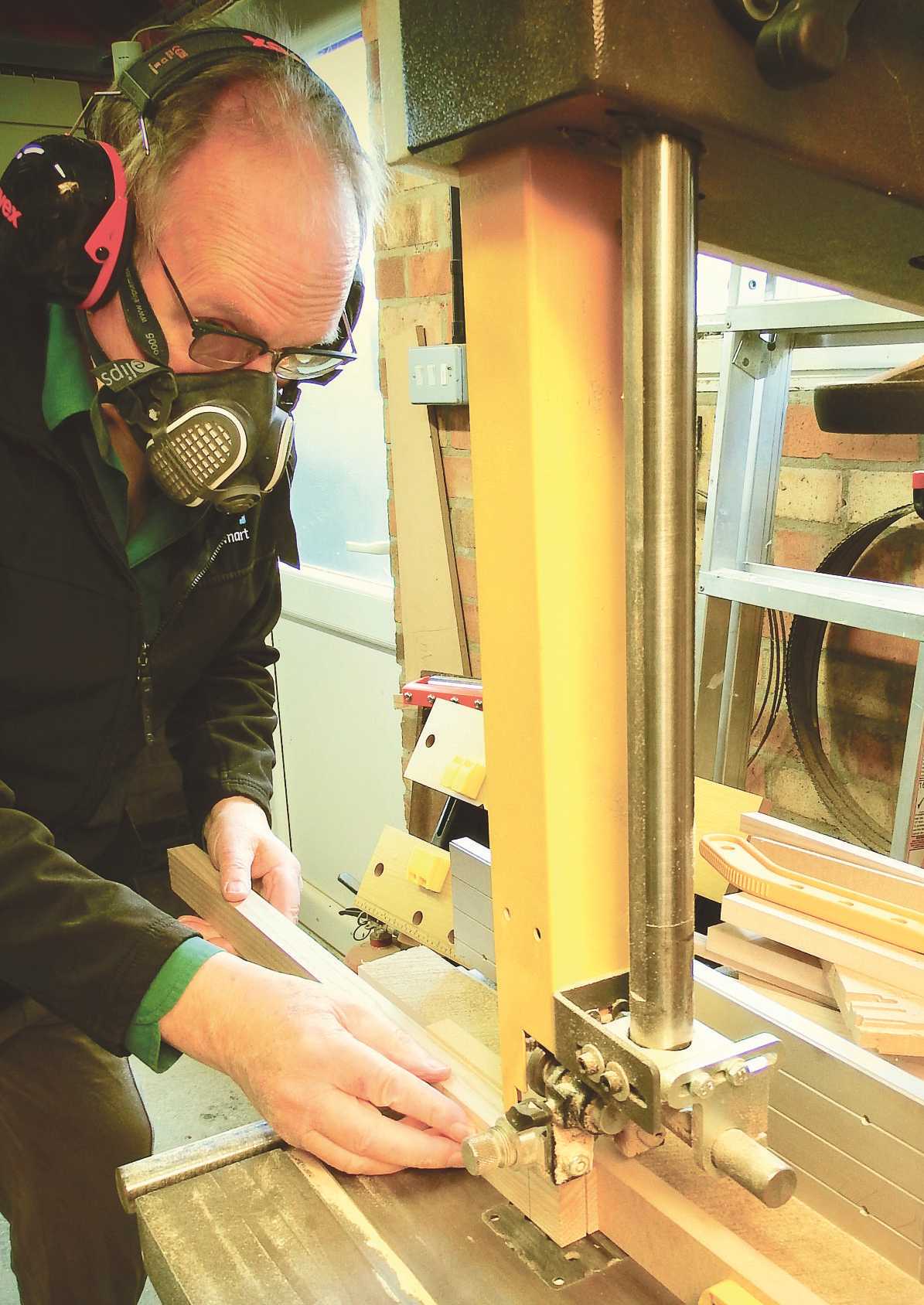 Even for a hand tool die-hard like me, learning to cut good joints by machine is well worthwhile in itself. Apart from anything else, it demands that we take the trouble to set up the machines properly – and that will make using them generally a satisfying and enjoyable experience.

Here, I’ll be preparing to cut the mortise & tenon joints ready to build a work table (photo 1) next month. There are options as to how this might be done. My choice was a bandsaw for the tenons and a hand-held router for the mortises, because that’s what I’ve got in my ’shop. However, if, unlike me, you cut mortises fairly often then it might be worth setting yourself up with more specialised kit than I have available – such as a hollow-chisel mortiser (photo 2), or perhaps Trend’s DBB mortise & tenon jig (photo 3), which uses a router for both the mortises and the tenons. Another recent addition to the market is the PantoRouter (photo 4), which operates on the pantograph principle to cut dovetails, finger joints, mortises, tenons and do just about everything except tidy the workshop or make tea (but the boffins are probably working on that). Look out for a forthcoming test on this piece of kit from John Lloyd.

Then of course there are inserts like Dominoes, dowels, and – well, you name it. However, for occasional rather than regular use, why not just use the router you’ve probably already got? That’s what I did. But first things first…

You can always buy new kit but… You only get one set of lungs, eyes and ears! So as well as setting guards and keeping fingers on the right side of cutters, don’t undervalue PPE (Personal Protective Equipment), which generally for us is about eyes, lungs and ears. The damage creeps up on us over time and by the time we notice it’s often too late. So, connect the shop-vac (preferably using the auto-socket), and ‘wrap up well’ as Mother used to say.

The router I’ll say a little more about routing mortises next month when I actually cover making the table, but I’m also touching on it now as we need a trial mortise to test the tenons for thickness when we set up the bandsaw.

My hand-held router is a modest machine with a 1⁄4in collet, but I found this quite adequate for cutting 30mm deep mortises in ash. However, I should say this is getting close to what I’d consider the safe limit for a small hand-held router – anything much deeper would be better done by other means. So, take several light cuts (the turret depth stop is helpful with this), and don’t be tempted to get extra depth from a shorter cutter by only partially inserting it into the collet. At 20,000rpm plus, a long cutter is quite stressed enough already, thank you very much, and breakages are studiously to be avoided. So use a cutter that’s designed for that depth, and push it into the collet up to the ‘K’ mark on the shank, which indicates the safe depth. As a rule of thumb, I tend to take the view that if the manufacturer won’t supply a long enough cutter then I’m probably safer rethinking the project.