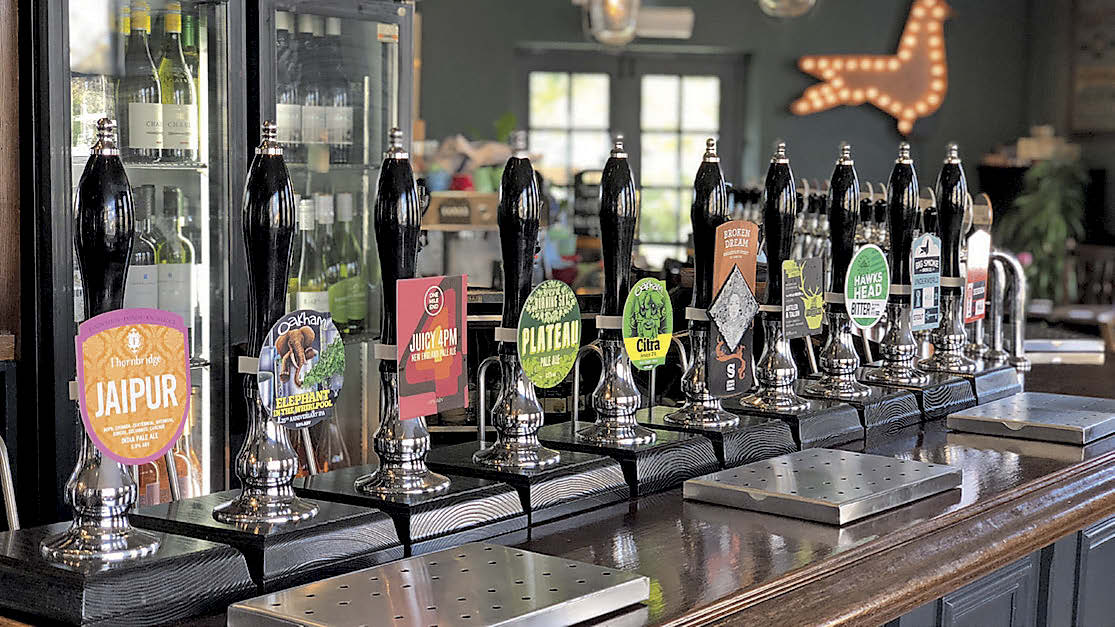 Having made their name in Surbiton, the team behind Big Smoke Brewing Co have expanded their brewery from a small pub garden shed to a huge state-of-the-art site in Esher – and their pub estate has grown with it. Matthew Williams visits The Flintgate in Weybridge to see if they’ve retained their magic touch.

When I first stumbled across Big Smoke Brewing Co back in 2014, I was immediately won over by the unique charms of the brewery’s pub, The Antelope, on Surbiton’s tree-lined Maple Road. It looked like an old school boozer but the lines of beer taps (including offerings from the little microbrewery which was found out the back in a shed), the blues music and records, and the intriguing almost street food menu all told a different story.

Unsurprisingly, in a world of increasingly homogenized pubs, they stood out like a sore thumb and quickly drew crowds of people looking for an alternative option – as well as a festival selection of beers. The project, which is backed by Greene King, has grown exponentially since then. The beer is now produced in a 5,000 square foot state-of-the-art brewery in Esher, and the company now has a growing list of pubs including The Albion in Kingston, The Flintgate in Weybridge and The Hole in the Wall in Chichester.

I’d been intrigued by The Flintgate in Weybridge ever since it opened its doors in November. Could Big Smoke Brewing Co continue to export their particular brand of magic, I wondered?