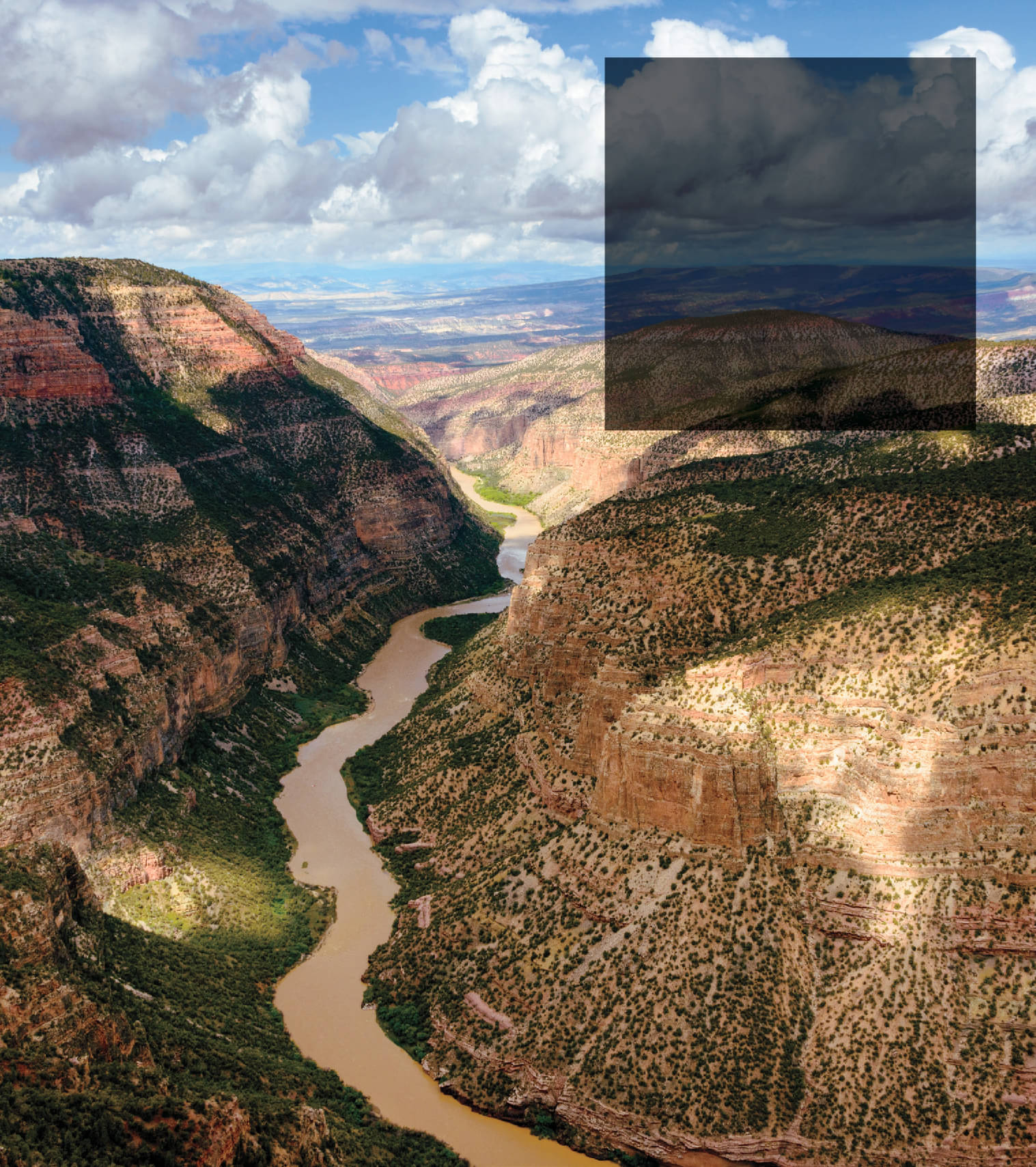 Into the future of water in the West.

The neck-craning canyons of the Gates of Lodore spring out of nowhere, at odds with the rolling bluff of Browns Park. After the mellow undulation of the park, the walls of the canyon pinch back in, and the red rocks of the Uinta Mountain Group fold up, pushing skyward. The water picks up speed as soon as we get on the river, and we paddle into a stiff, persistent headwind. You’re ruled by wind and light in the canyons, and the sun diffuses as we get deeper into this one. I keep spinning my face skyward, trying to get a look at the top.

The evening before, I’d shown up at the O.A.R.S. rafting outfitter’s boathouse in Vernal to prep for a river trip through Lodore. Permits for the 44-mile-long section of the Green River are among the most sought-after in the country because those canyons hold sustained class IV rapids.

There have been eyes on the Green River, the most significant tributary of the Colorado River, since white people first spread out across the United States. This particular river was a pivot in the opening of the West. It was everything I thought a western river should be: far off, achingly beautiful, seemingly wild. I eventually decided I wanted to run the 730-mile length of the Green, from the glaciers of Wyoming to the desert canyons of Utah, to see if I could understand the complexity of the way rivers are used.

Having been on the river for more than a month I’ve grown accustomed to quickly packing my own boat and bags. Now, I’ve dropped into these people’s vacation and the Tetris of tourist gear feels unwieldy and slow. The Green comes into Vernal from the northwest. In four days we’ll take out 20 minutes from town, but the river bisects Dinosaur National Monument and there aren’t any roads across the monument’s steep canyons, so we have to circle a few hours around to the put-in. We drive into Colorado, across the top of the Tavaputs Plateau, and stop just over the state line in Dinosaur, to load up on booze. It’s not even 9 a.m., but the liquor store, one of the few businesses in town, is open and full of the grease of river trips: boxed wine and canned beer.

There is a crush of rubber and gear at the boat ramp—dry bags strewn outside the pit toilets, sunblock everywhere. Flaming Gorge is still releasing full flows to keep the reservoir from overtopping the dam, so the water is high. When we stop to scout Disaster Falls, my guide for the day, Bob Brennan, tells me he’s never been down the river at this level before.