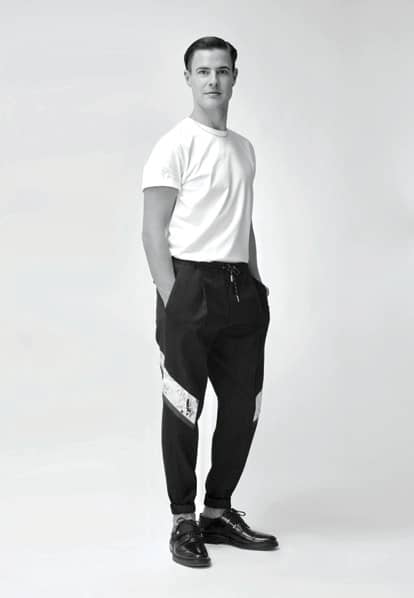 HAVE YOU ALWAYS KNOWN YOU’D BE AN INDUSTRIAL DESIGNER AS A CHILD?

I originally trained as an actor and was a professional child actor until I was 17, so my original career path wasn’t design at all. When I was 17 I entered a fashion competition called The Young Designer of The Year, which was judged by Vivienne Westwood and I won. This then led to me working for her in London and Paris for around 10 months before going on to study fashion design at Central Saint Martins.

My plan was to start my own clothing line once I had graduated. However, living and studying in London is expensive and so to support myself I would offer decor advice for a number of independent bars and nightclubs across London which cemented an organic move into interiors.

HOW DO YOU STRIKE THE PERFECT BALANCE BETWEEN ART AND FUNCTIONALITY?

MORE STORIES FROM SQUAREROOMSView All