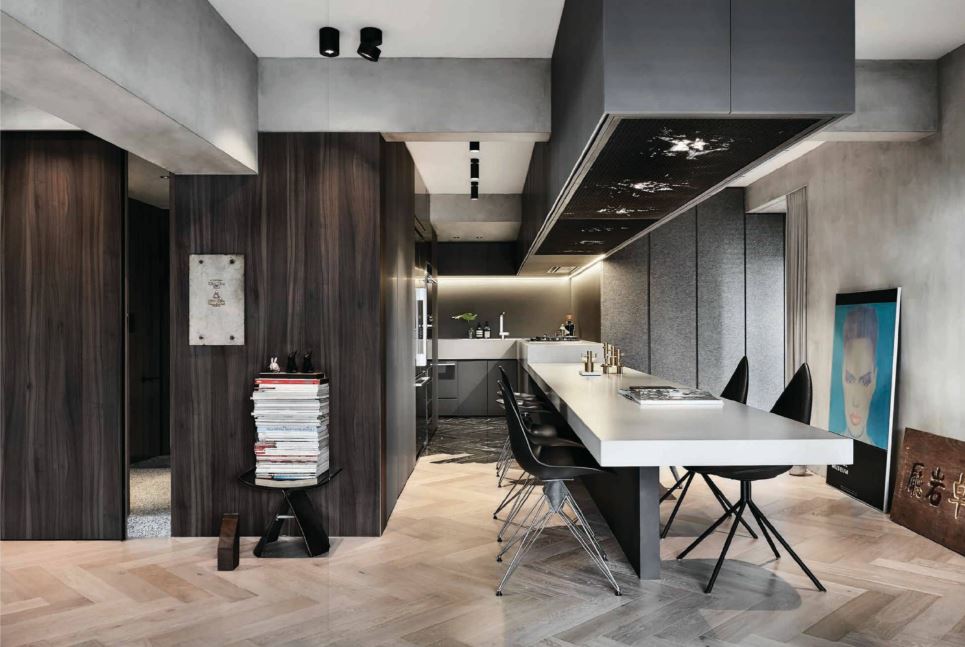 Architecture and interior design firm UPSTAIRS_ often raises the bar by establishing itself as a cross-discipline design studio that doesn’t play by the book and instead prefers to re-write the rules that many designers are bound to. Its creative director, Dennis Cheok, is proof that they practice what they preach by adhering to this very dictum when it came to the overhaul of his newly acquired nest, a 40-year-old resale HDB flat in Spottiswoode Park. 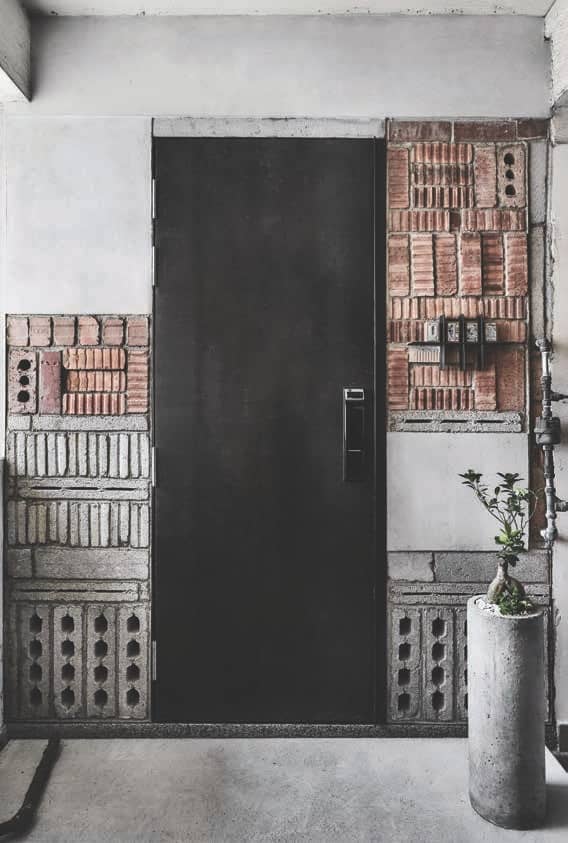 Unlike most young couples who chose to build their nest in newer developments, Dennis explains that one of the reasons why he and his significant other had decided to set root at the old housing estate in Spottiswoode Park is because they were attracted to its quiet charm. Incidentally, their choice of location also played a part in the way their interior is to be shaped. 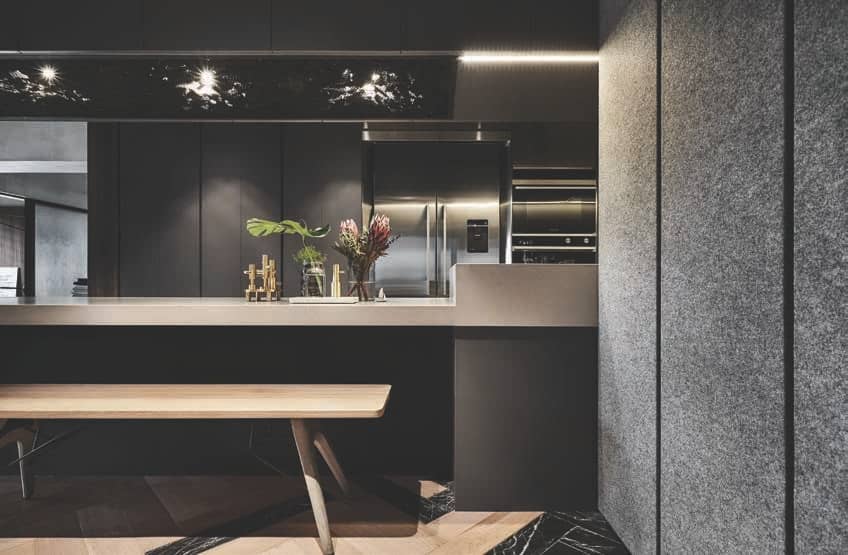 As their previous home – a four-room residence at the Pinnacle @ Duxton – is on the petite side, the owners were naturally looking forward to the new flat’s voluminous space and the possibilities that it brings. However, while the house boasts a generous footprint, it also sports an awkward layout that wasted a great deal of precious square footage particularly along the bedroom corridor. Furthermore, the rooms felt confined because of the tiny windows and solid wall partitions. Dennis thus decided to tear it all down so that they can literally start afresh on a clean slate. 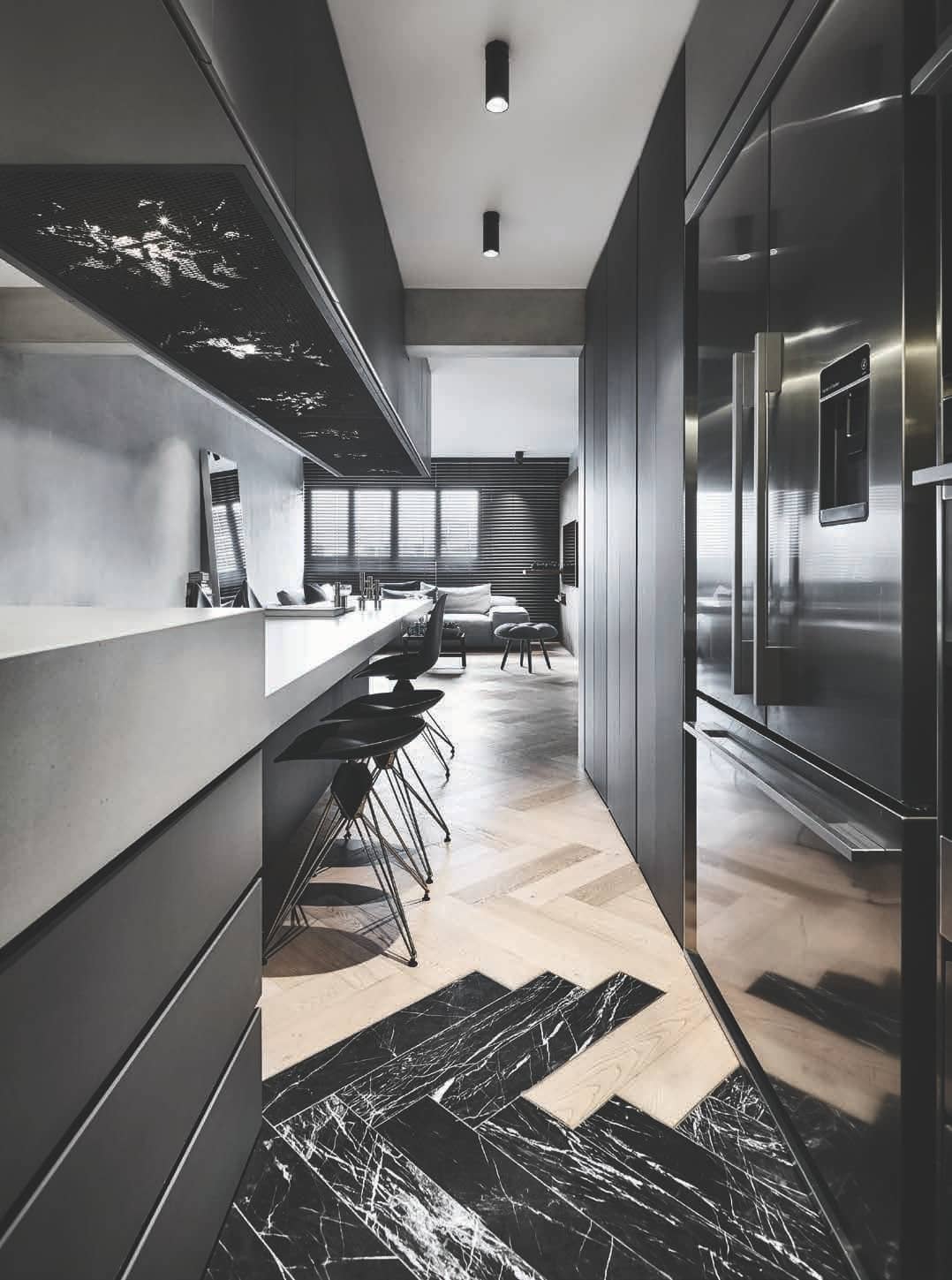 MORE STORIES FROM SQUAREROOMSView All