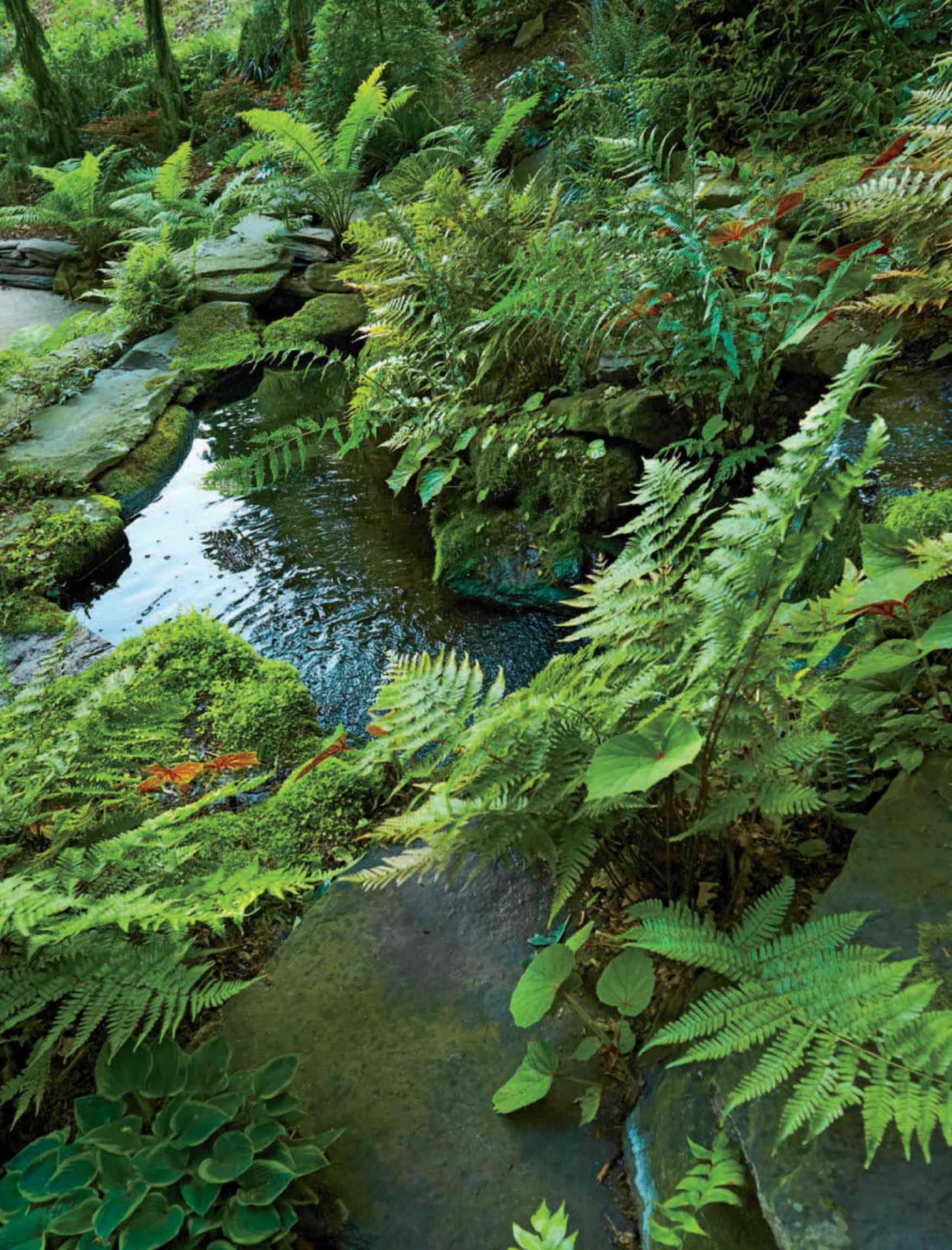 Every garden has a story to tell, says landscape designer Jay Sifford. Opening his ears and heart, he cultivated beauty from desolation.

Jay Sifford stopped in front of a house that was built into a Charlotte, North Carolina, hillside and was for sale. It wasn’t the style he wanted: It lacked a walk to the front door, a poison ivy-choked ravine ran alongside it, and rotten railroad ties held back the mud. So he did what any self-respecting visionary would do—he bought it.

“The site had a beautiful beech forest, a creek, and massive granite boulders that looked like what you’d see in the mountains,” Sifford recalls. “I felt like the land was speaking to me, wanting help to reach its potential.” Eighteen years later, it absolutely has.

Over that time, he sculpted the half-acre lot into a number of distinct gardens, each designed to conjure different memories and emotions. First came a koi pond near the front steps, accompanied by a series of cascading ponds that helped solve the problem of an eroding slope. The Front Garden soon followed, replacing sparse turf with a wide gravel pathway edged by a seating wall, low conifers, and Japanese maples. It’s the only spot in the garden with flowering plants. Next came the Fern Glen, which features an eye-catching red Japanese boardwalk. “I really wanted to have a secluded destination that was frankly unlike anything else in Charlotte,” he explains. “It’s the lowest point in the garden. I like to sit there when I need to feel humble and creative.”

MORE STORIES FROM SOUTHERN LIVINGView All