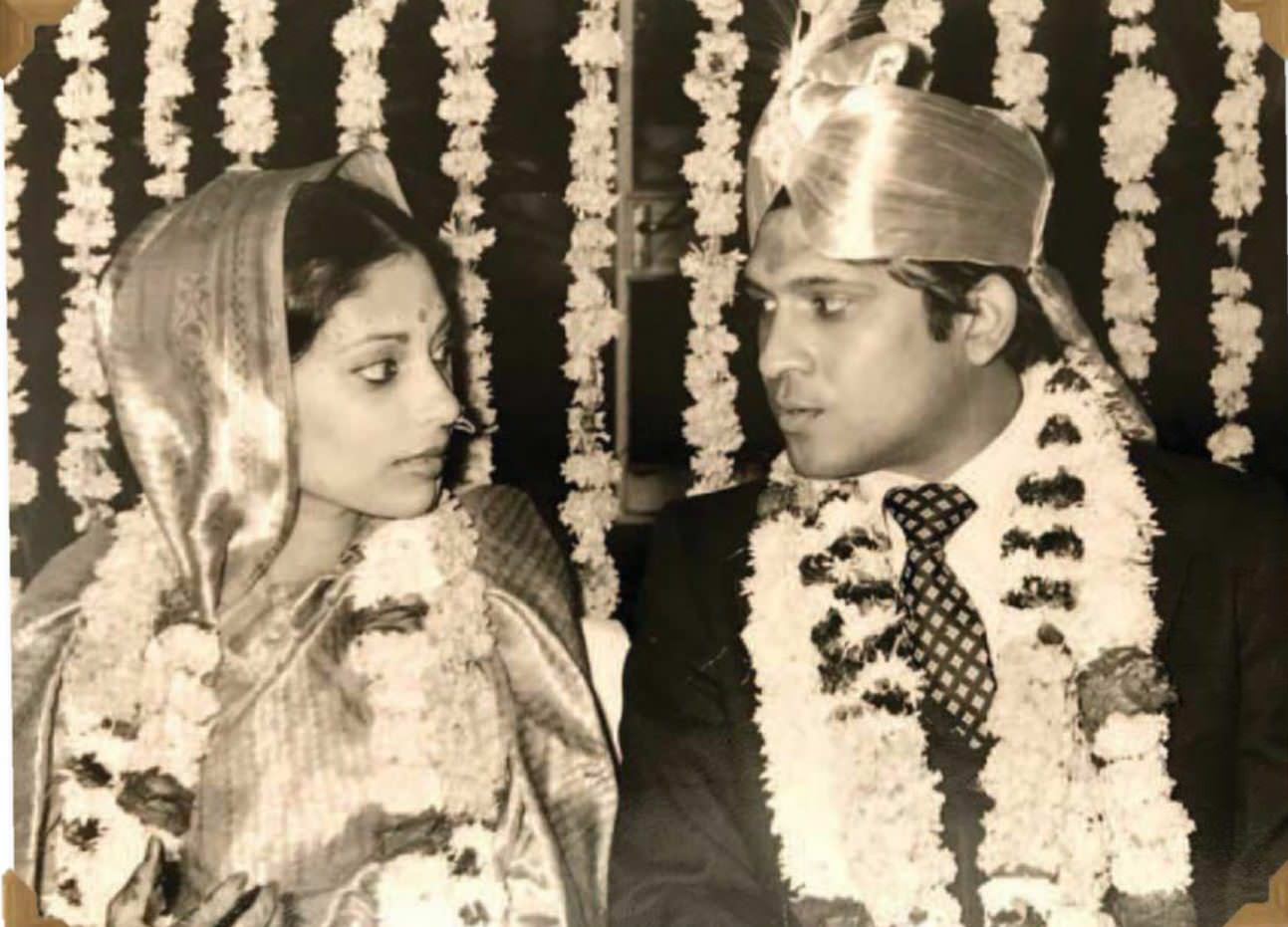 Rom-com Fan Priya Krishna Wanted A Storybook Romance, Not A Practical One Like Her Parents’. Until That’s What She Had.

WHEN I’M BACK HOME IN DALLAS, I often find myself flipping through my parents’ wedding album. It’s a regal, red, fabric-coated book filled with faded black-and-white photos overlaid with delicate tissue paper. One photo, in particular, strikes me: In it, my parents are sitting on thrones in an event hall in New Delhi, my dad in a smart-looking suit and a gold turban, my mom in a red sari and gold jewelry.

They’re looking at each other. It’s not the gaze you might find in a modern wedding album, in which the bride’s and groom’s eyes are locked in an intense, adoring gaze. The look my parents are giving each other is more unfamiliar— like two people trying to make a connection or size each other up for the first time. It’s not the gaze of a couple in love, at least not in the Western sense. At the time the photo was taken, my parents had known each other for only about two weeks.

My parents’ courtship wasn’t a whirlwind romance. It’s even hard to call it a courtship. Instead, they participated in the long-standing Indian tradition of arranged marriage, wherein parents—with input from grandparents, aunts, uncles, cousins—choose spouses for their children. My mom and dad had met a few other potential partners; they mutually selected each other. My mom emphasizes to me that arranged marriage was never something that was forced on them. They elected to do it. My mom was 20, had just finished college in India, and decided she was ready to take that next step. My dad had just started work at a computer software company in Massachusetts and flew back to India with the explicit purpose of finding a wife.

It’s hard to imagine that my parents—both rational, thoughtful people—decided to marry after a two-hour meeting. But they trusted their families, they told me. They didn’t see it as a rash decision. Once they decided to marry, there was no elaborate, yearlong planning process. A venue was booked. Saris and jewelry were purchased. And my mom and dad were married in a traditional Hindu ceremony, with garlands exchanged and many prayers recited, on November 18, 1980.