The Fire In Sweetgrass 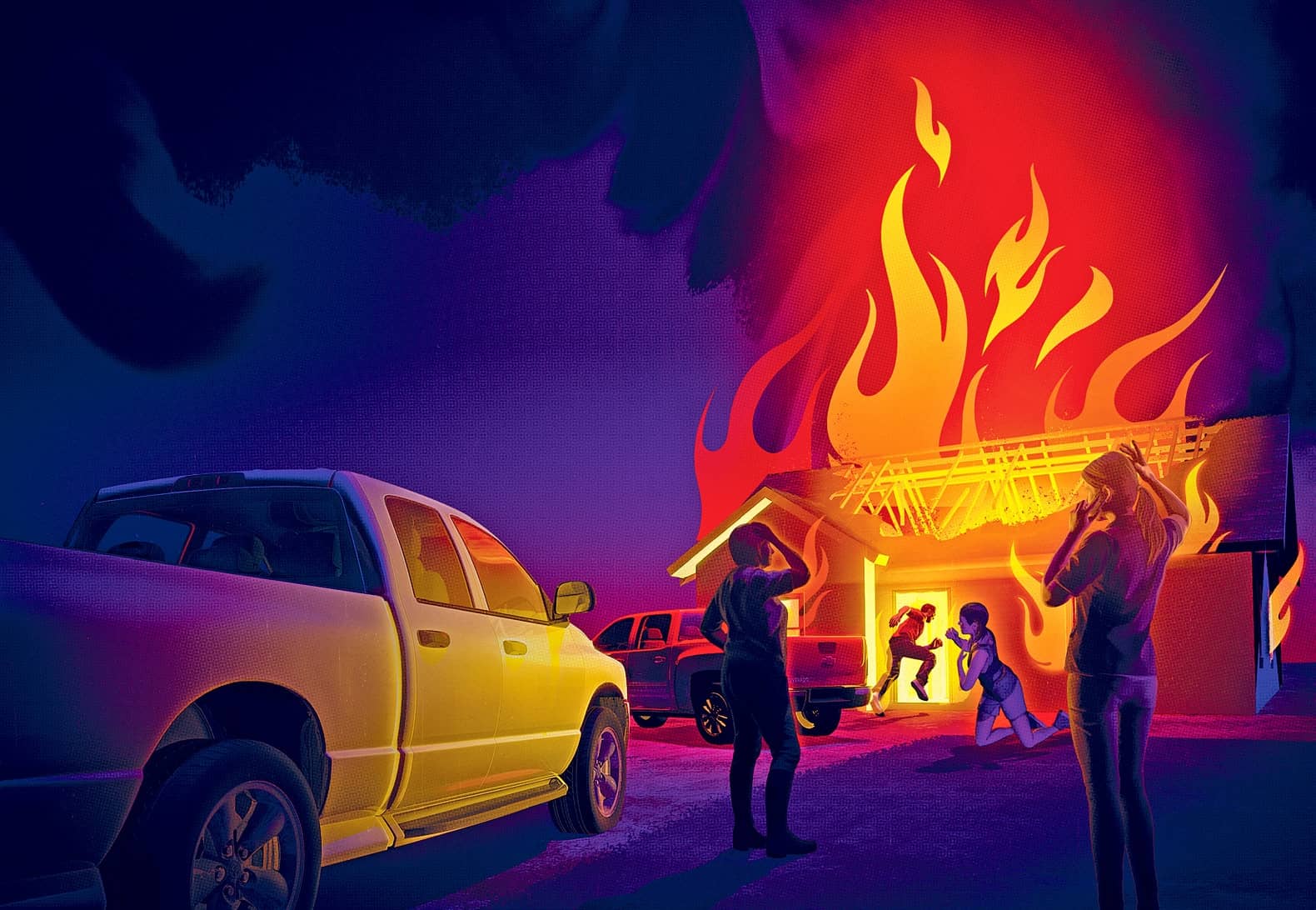 Clark Whitecalf had always been a bit of a daredevil. When a house went up in flames, his quick action proved heroic

IT WAS A WARM and clear evening in northern Saskatchewan. On the Cree First Nation reserve of Sweetgrass, Masey Whitecalf wanted to drive. She was 16, the proud owner of a new learner’s licence and eager to practise. Her parents, Clark Whitecalf and Samantha Moccasin-Whitecalf, were less enthusiastic. It was getting late on 31 August 2015, and they weren’t sure Masey was ready for night-driving. Finally, after the kind of pestering teenagers specialize in, they relented, and at around 9:30 p.m., the family climbed into their 2004 Dodge Ram and rolled out into the summer night.

The Cree reservation of Sweetgrass is a patch of rolling grassland and aspen bluffs about 35 kilometres west of North Battleford, Saskatchewan, Canada. It is home to about 650 people, including the MoccasinWhitecalf family. Samantha works at the day care down the road from their house; Clark was part of the construction crew that had renovated the health clinic. They’ve raised their five kids on the reservation, bringing them to traditional round dances in the winter and going walking at Drumming Hill or Sliding Hill in the summer. “There are stories to all of these places,” says Samantha, who comes from the nearby Salteaux First Nation. “I’ve grown to love it here.”

That night, the roads in Sweetgrass were deserted. Clark and Samantha sat next to Masey upfront while their younger daughter, 15-year-old Hailey, sat in the back seat.

Clark concentrated on the road, his eyes occasionally darting over to the speedometer, as Masey drove. As her sister and mother chatted and laughed, Masey yelled at them to be quiet so she could focus. “You’ve gotta be able to look around when you’re driving,” her mother teased. Maybe that’s why Masey was the one who spotted it first—a flickering light in the darkness.

“I think Sonya’s house is on fire,” said Masey. Clark craned his neck and saw the halo of orange just up the hill. He quickly traded seats with his daughter and sped towards the light. At the end of a short driveway, a lowslung bungalow sat alone in a field, flames blazing out of the kitchen window, throwing plumes of smoke into the sky. Clark and Samantha knew the house belonged to Sonya Fineday, a family friend, and her husband, Joe. The couple had teenage children, but Clark wasn’t sure if the kids were currently living with them. Out on the lawn, however, sat an ominous sign that someone was home: the family’s new truck, gleaming.

In the warm breeze, the old house was going up fast. By the time Sweetgrass’s volunteer firefighters could arrive, Clark knew there would be nothing but ash. Whoever was in there didn’t have much time. Clark leaped out of the truck and ran towards the burning building.