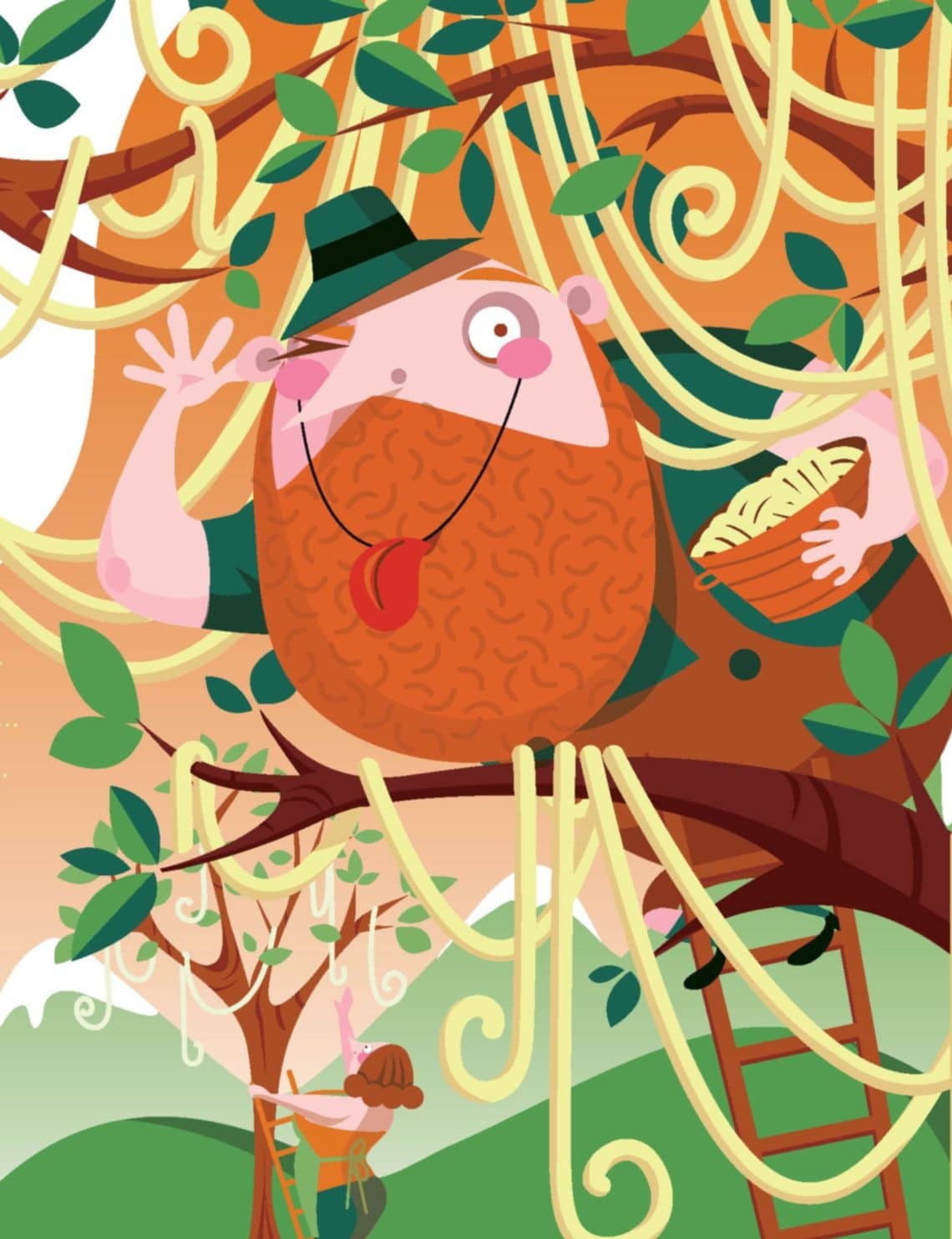 Celebrating April with spaghetti growing on trees, paid postage for emails and pandas in the French Pyrenees ...?

SPAGHETTI HARVEST IN SWITZERLAND On 1 April 1957, the BBC news show Panorama announced that, thanks to a mild winter and the elimination of the dreaded spaghetti weevil, Swiss farmers were enjoying a bumper spaghetti crop. The programme, narrated by distinguished broadcaster Richard Dimbleby, featured a family from Ticino in Switzerland carrying out their annual spaghetti harvest. It showed women carefully plucking strands of spaghetti from a tree and laying them in the sun to dry.

Dimbleby explained how each year the end of March is a very anxious time for spaghetti harvesters all over Europe as severe frost can impair the flavour of the spaghetti. He also explained how each strand of spaghetti always grows to the same length thanks to years of hard work by generations of growers.

A large number of viewers were taken in. Many called the BBC wanting to know how they could grow their own spaghetti tree. The BBC diplomatically replied: “Place a sprig of spaghetti in a tin of tomato sauce and hope for the best.”

Even the director-general of the BBC later admitted that after seeing the news show he checked in an encyclopaedia to find out if that was how spaghetti actually grew.

First of April 2014: The renowned British King’s College Choir released a video announcing that complex regulations had made it impractical to continue featuring young boys in the choir. Therefore they had been forced to find other ways to replicate the high pitch of the boys’ pre-adolescent voices.

“After a lengthy consultation process, during which we learnt that the surgical solution was surprisingly unpopular with the choral scholars, someone in the chemistry department came up with a simple solution—and now all we need is a very large tank of helium,” said Reverend Richard Lloyd Morgan, King’s College chaplain. The video, demonstrating the use of helium during a performance, generated more than one million views on YouTube.

PANDAS IN THE FRENCH PYRENEES

If you’re planning to spend your next holidays in the French Pyrenees you might well be able to spot a few cute panda bears. On 1 April 2013, television channel France 3 revealed that the French government planned to release giant pandas in the Pyrenees as part of the continuing reintroduction of bears to the region. Although negotiations with members of the Chinese government were still going on, it was hoped that the first panda pair could be introduced in the spring of 2014.

The television channel reassured viewers that panda bears were unlikely to attack farm animals because they eat mainly bamboo. As this plant did not grow in the Pyrenees, the plan was to use a helicopter to fly several tons of bamboo from the Bamboo Parc Lapenne in southwestern France to the pandas every week. According to France 3, naturalists also appreciated that the pandas were two-tone. Their black fur would be easy to spot in the snow, and conversely, their white fur would reflect car headlights.