‘Be Your Best Possible Self' 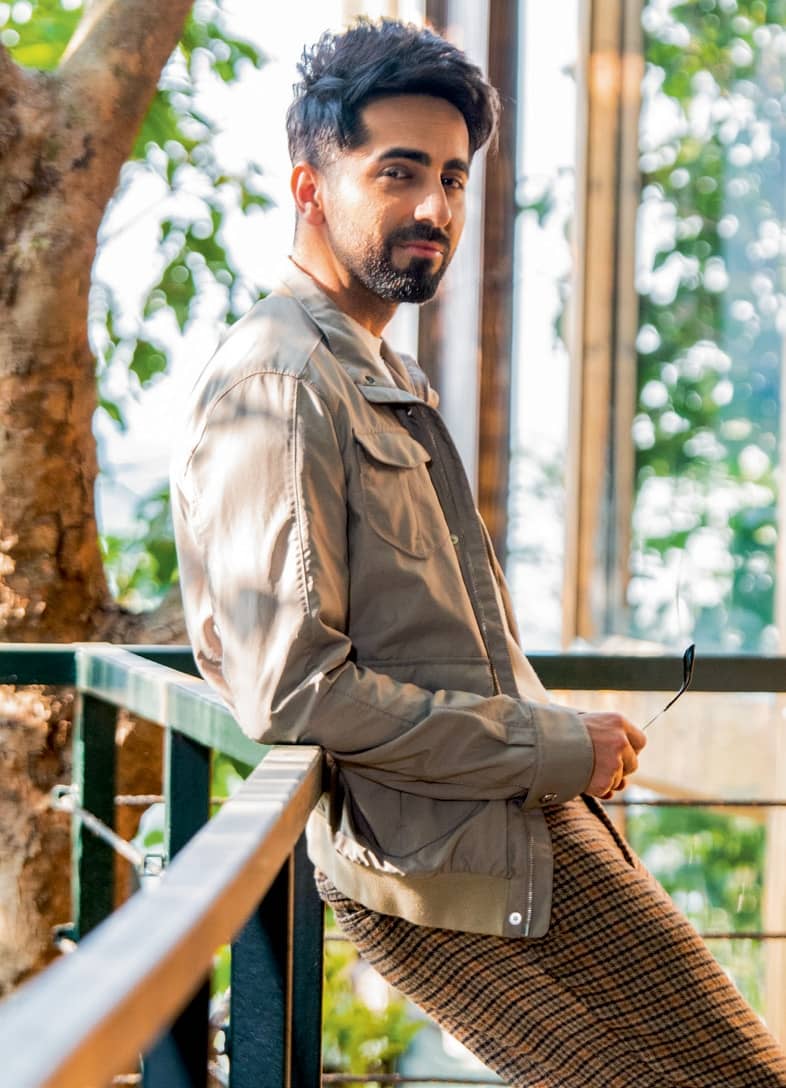 WALKING THE TIGHTROPE BETWEEN BEING STARS and remaining true to their art form does not come easy to Bollywood actors. Ayushmann Khurrana, 34, has emerged as a surprising exception. Khurrana made his debut in 2012 with Vicky Donor, where he played a west Delhi Punjabi boy who falls in love with a Chittaranjan Park Bengali girl. The film portrayed the peculiarities of the two communities tenderly and comically, while exploring the topic of infertility. Khurrana owned the character of Vicky, a sperm donor, and established himself as a reliable actor with excellent comic timing. His recent back-to-back successes—Bareilly Ki Barfi (2017), Shubh Mangal Savdhan (2017), Andhadhun (2018) and finally the `200-crore grosser Badhaai Ho (2018)—have propelled him into Bollywood’s league of stars. It is a commendable achievement when one sees how many ‘non-star kids’ versus ‘star kids’ make it. It is also worth emphasizing how Khurrana has managed to do so through the roles he essays. Unlike his non-star kid contemporary Ranveer Singh—whose biggest hits are larger-than-life movies like Bajirao Mastani and Simmba—Khurrana’s unique selling point is his ability to bring to life ordinary, relatable characters with a touch of comic innocence.

But the dimpled boy from Chandigarh who has brought a smile to audiences’ faces, has recently had to fight a dark, personal battle. Khurrana’s wife Tahira Kashyap, 36, was diagnosed with breast cancer in mid-2018. Their happy family—with children Varushka and Viraj veer— was suddenly up against a towering monster. “We got to know that Tahira had cancer on my birthday, 14 September. We just decided to go for a movie date. There was no point sulking; we knew we had to fight this disease,” says Khurrana as we chat in a conference room in the expansive Yash Raj Film Studios in Mumbai.

Kashyap, a film-maker, writer and teacher, underwent a mastectomy and chemotherapy to be declared cancerfree in January this year. “It was all very unreal for me. She’s the one who wanted to just come out with it. Tahira attended lectures and met a lot of cancer patients while she was undergoing chemotherapy. She was also working on the pre-production for her yet-tobe-released short film while her treatment was on. Both of us kept busy and tried not to think about it too much. We took it one step at a time, one day at a time,” says Khurrana. “She never asked ‘why me?’ She was always very positive about it.”

Kashyap, for her part, feels that cancer has changed not only her perspective on life but that of her family’s as well. “You start looking at the bigger picture and realize that so many things that you struggle with in life are so petty. Thanks to my spiritual practice, I looked at it as the steepest learning curve not only in my life but also my family’s,” says Kashyap.