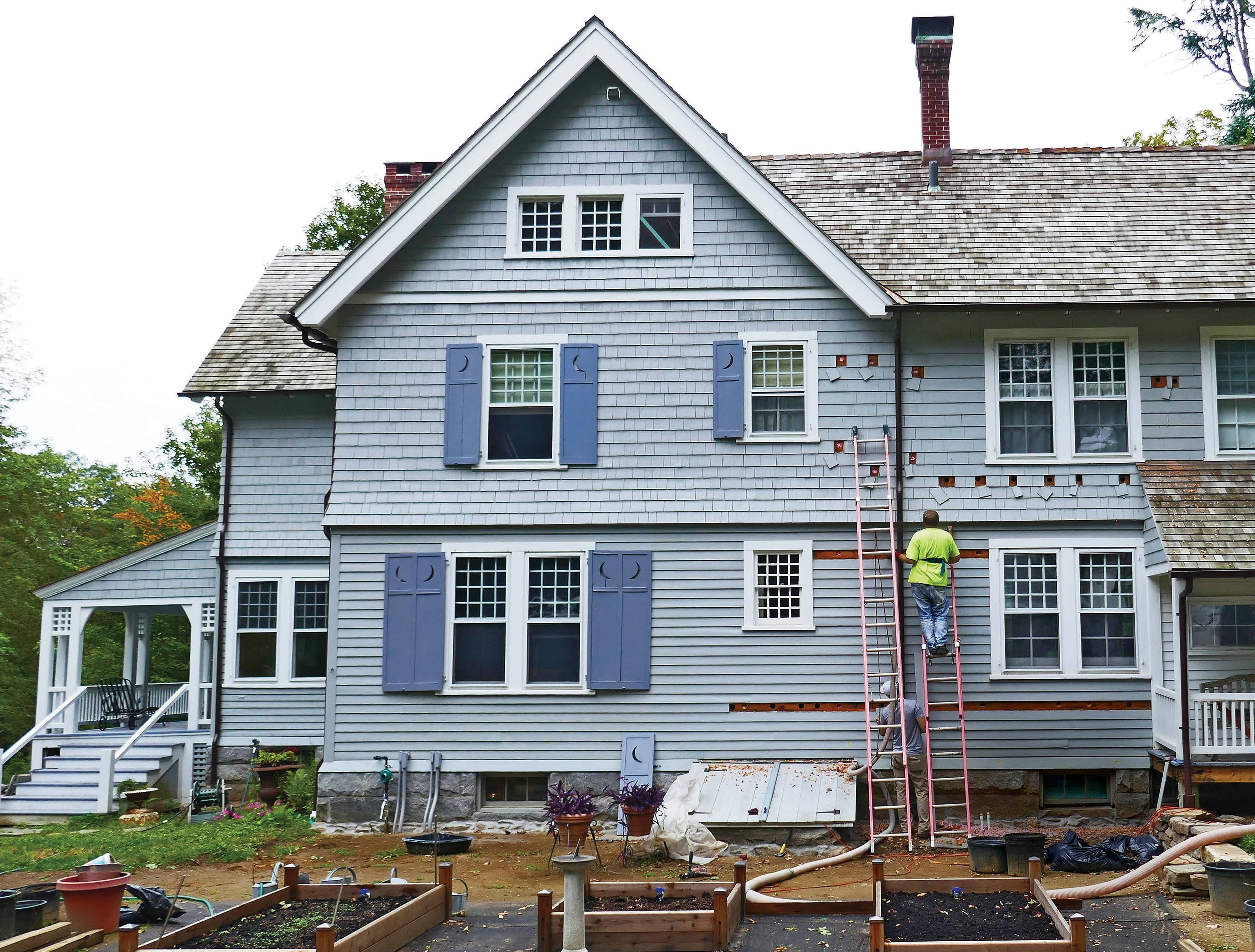 IT’S ONE THING TO LOVE AN OLD HOUSE, ANOTHER TO TAKE ONE ON. RESTORATION CAN BE INTIMIDATING; STILL, THE RARE SORT OF HOMEOWNER THRIVES ON THE WORK, TYPICALLY DESCRIBING THEIR CHARACTERFUL MONEY PIT AS “A FUN PROJECT.”

Restorers are an unusual breed. What motivates these unsung heroes of preservation to take on a decades or centuries-old house for the first, second, or umpteenth time? I asked that question of more than a dozen folks who’ve been featured for their good work in OHJ.

Some responders are serial restorers who say they get antsy as one project nears completion. Others have renovated properties in different locales, whenever life took them to a new place. One or two have invested in a house with deep roots, and are still hard at work restoring homes that have been in the family for decades.

Then we have Alex and Wendy Santantonio, who admit to naively thinking they’d finish their first renovation (of an 1885 row house in Alexandria, Virginia) in three years. It’s been 17 so far. “It’s almost as if our home found us, two suckers that would pour our hearts into its upkeep,” says Alex. “Now I can’t imagine ever owning a house that isn’t at least 100 years old.”

Anyone who’s lived through restoration knows that it’s messy, exhausting, expensive, and usually poses at least one seemingly insurmountable problem. Even a simple project like skim-coating a hallway creates so much dust that it percolates into every room, says Bill Ticineto, who’s now working on his second major restoration. “Refinishing floors is a nightmare. All the furniture must be moved out of the room. You might as well stay at a hotel.”

Most of those we spoke to applied their own skills wherever they could, but subcontracted out jobs that require special expertise, such as electrical and plumbing work, structural work including shoring up or rebuilding the foundation, and heavy landscaping. That said, almost all recalled doing more of the dirty work in their earlier years, when youth and lack of money made hands-on restoration a necessity.

Karla Pearlstein, whose passion led to a career as a restoration consultant and designer, stripped all the paint off wood-work in her first home, an 1895 Queen Anne. She also took classes to learn how to repair its stained-glass windows. With an eye to budget, she says, “I also got really good at strategically filling dumpsters,” doing her own demolition.