THE RESTORATION OF ancient Oaks 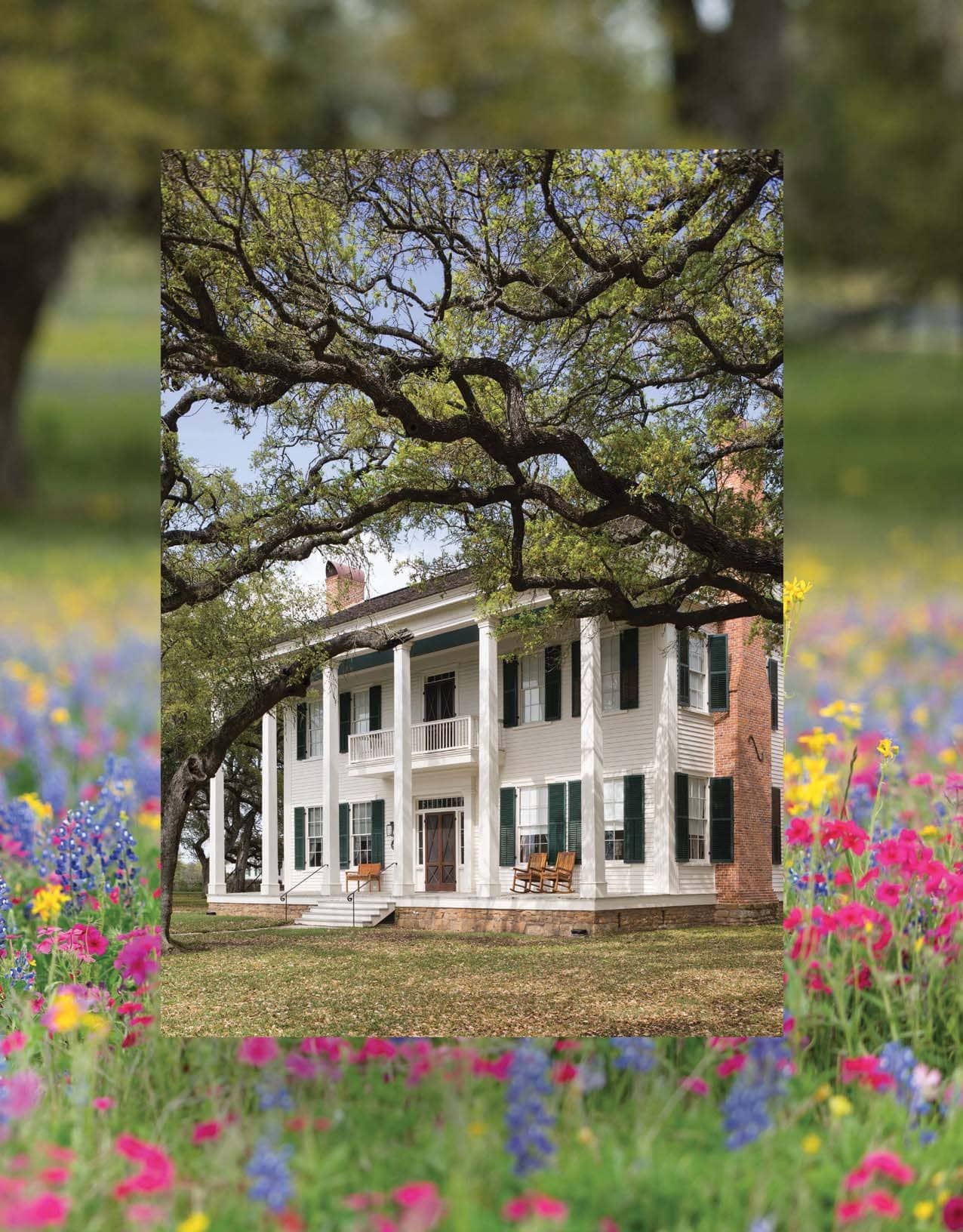 COMING HOME: OLD FAMILY STORIES AND LETTERS GUIDED THIS COUPLE AS THEY TOOK ON THE REFURBISHMENT OF A GRAND GREEK REVIVAL HOUSE BUILT IN 1856—BY HER THREE-TIMES GREAT-GRANDFATHER.

Libby Sartain has fond memories of her grandmother’s stories about Ancient Oaks, the ancestral home in central Texas. Built in 1856, the Greek Revival mansion had been the centerpiece of a cotton plantation established in 1836 by Libby’s great-great-great grandfather, A.W. (Abram Wiley) Hill. Although the family lost the house in the Great Depression, it was never forgotten, as its colorful tales were passed down through generations.

Curious to see what remained, Libby and her husband, David, came to visit in 1981. Located near rural Hills Prairie, in Bastrop County south of Austin in central Texas, the old house sat vacant but proud amidst a wildflower-strewn prairie. Libby and David climbed over barbed wire to peek inside, and felt the stories come alive. They joked about buying back the house and restoring it. Little did they realize that they actually would do so two decades later, after Libby took an early retirement from a career in San Francisco. 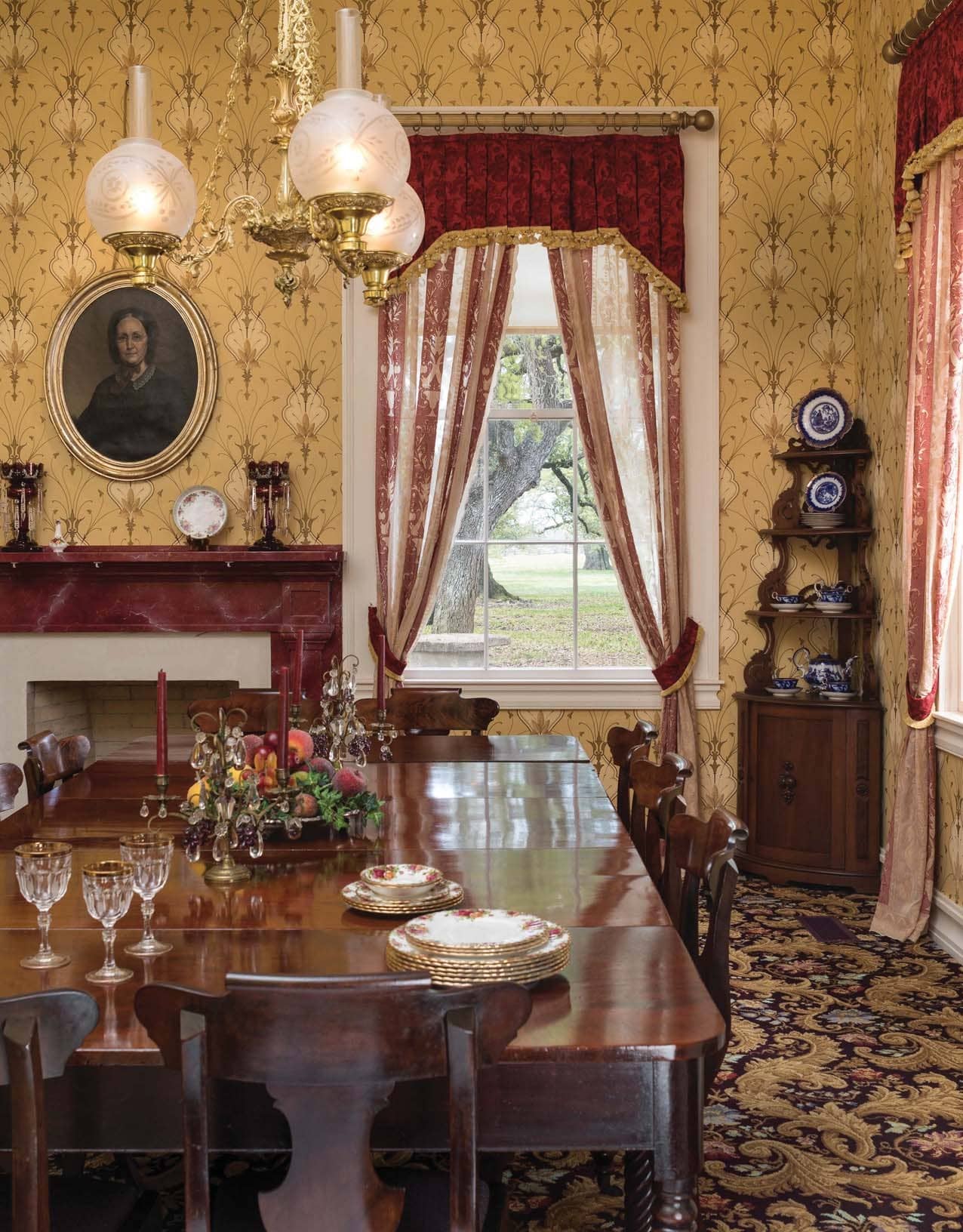 The extensive, three-year restoration began when they retained Austin architect John Volz. His partner in the firm is his wife, Candace, who specializes in historic interiors A guest house and pool were added behind the house. For everyday living, an addition at the rear, on the site of the original kitchen wing, holds an updated kitchen, a master bedroom, and an office suite. In this way, the Sartains were able to keep the 1850s house in its original state.