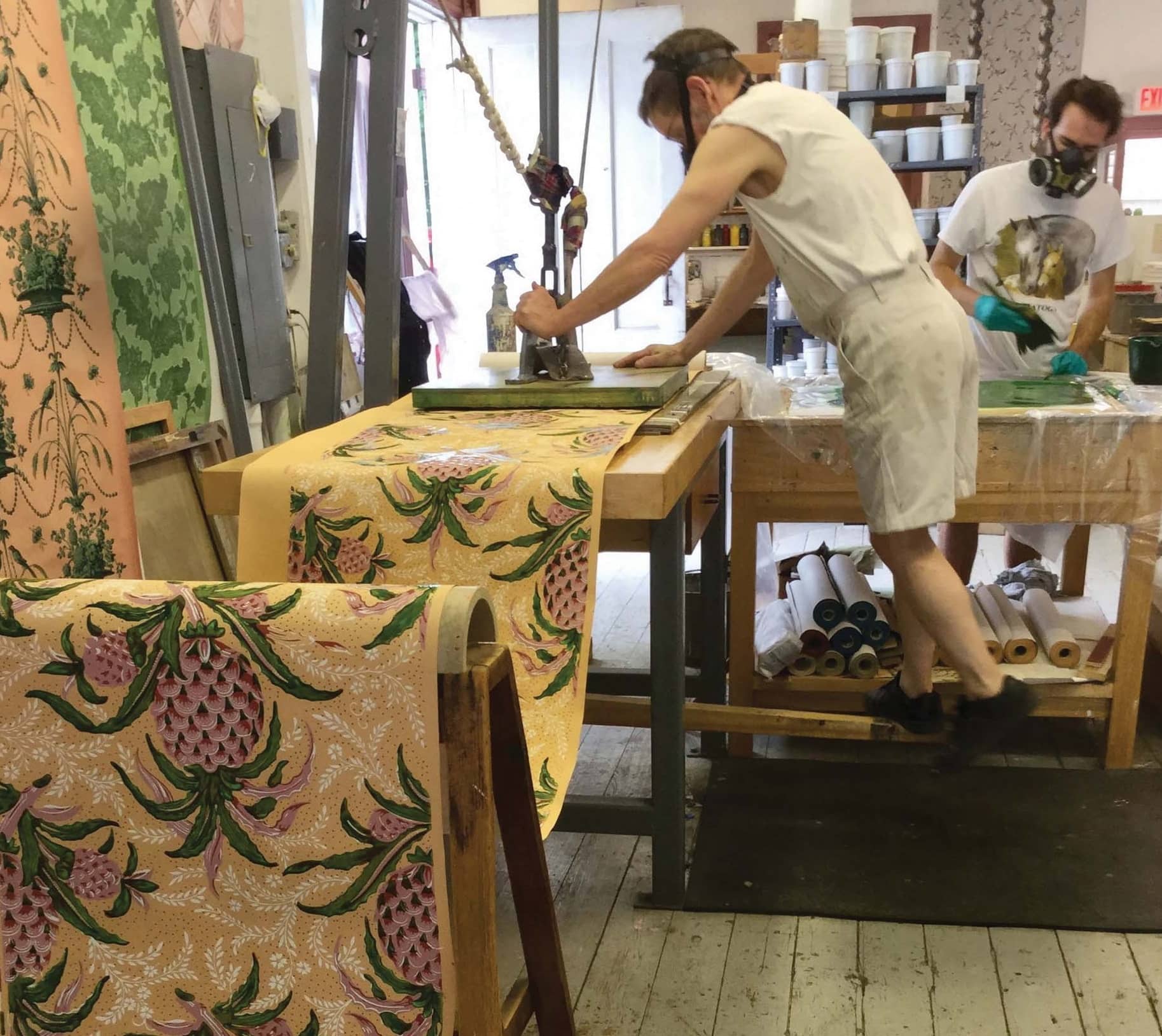 Wallpaper remains the quintessential room decoration. If you’re looking for a historic or specific pattern, be encouraged.

I once rented a summer cottage decorated with quaint wallpapers printed in the 1920s or ’30s. The papers were in remarkably good condition, but the plaster underneath was water-damaged in spots, and bulging through the paper. I pondered the options, on behalf of the owners: should they lose the wallpaper to save the plaster, or let the plaster continue to crumble to keep the wallpaper?

Maybe the wrong question. As it turns out, a surprising number of wallpaper makers have the capacity to recreate period wall coverings using techniques as traditional as hand-pressed block printing, and as cutting-edge as digital printing generated by illustration software. Working from old photographs and fragments barely an inch wide, these specialists have produced astonishing results. While the cost of a custom reproduction isn’t cheap, it’s not as expensive as you might think.

Steve Larsen of Adelphi Paper Hangings imprints bright-green varnish on a roll of ‘Pineapples’, a wallpaper pattern discovered on a wood bandbox. The paper is festooned over sawhorses to dry. 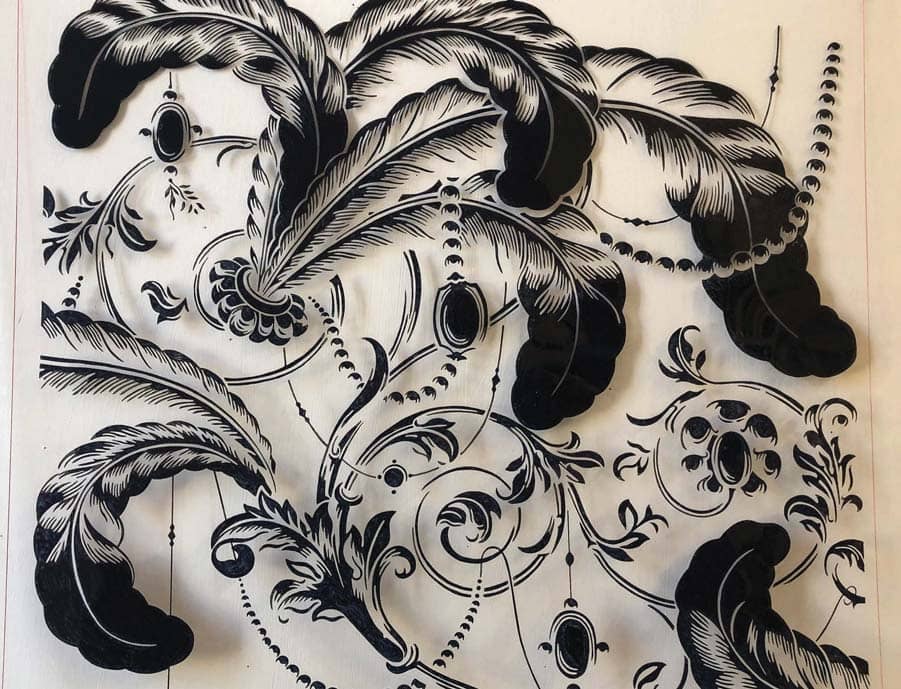 Most of the clients for this sort of work are, understandably, museums, and historical institutions. Others are individuals who’ve lost period wall coverings in a fire or flood and have insurance to cover the cost of replacement. In a perfect world, the client brings in a section of the desired paper that’s not only in good condition, but also large enough to show the entire pattern repeat. A pattern repeat may be less than an inch, or up to the entire width of the wallpaper.

“If the original is in good shape and not attached to plaster, we can scan it, or maybe photograph or trace it,” says Steve Bauer, co-owner and lead designer for Bradbury & Bradbury Art Wallpapers.

If the sample can be scanned, it usually can be reproduced digitally, especially if the pattern is a simpler one with only three or four colors. Bradbury can do reproductions using the silkscreen method they use for Victorian-era reproductions, but digital is often less expensive and sometimes yields better results.

“So many papers have nuances that are hard to capture with silkscreen printing,” Bauer says. “Digital is faster, and it can be better to print it digitally from the beginning, whether from photos or a sample.” When the sample is of poor quality, Bauer first turns to his in-house archive to look for the same or a similar paper. Matches turn up occasionally, as when a family in Kansas sent in a 1905 photograph of a dining room depicting a long-lost frieze. “An employee ran into the archive and found an original piece of the same frieze,” Bauer says. “It looked, from the black-and-white photograph, like we had it in the exact-same colorway.”

The sample from the archive was actually missing the top inch or so, however. “We were able to ghost artwork over the photo and digitally rebuild the top edge of the frieze,” Bauer says. “The family was ecstatic about it.”

Digital reproductions work best for machine-printed papers from the mid-19th century or later. For early or block-printed papers, pattern repeats are still re-created from remnants and/or old photos, but after that, the process is more old-school. At block-print specialist Adelphi Paper Hangings, an in-house artist draws a transparency from the historic document for each color in the pattern. The transparencies are sent with fresh wood blocks to a company that laser-cuts the pattern onto the blocks.

“The laser passes over back and forth in a straight line, and with each pass, it reads the patterns,” Steve Larsen explains. Where the transparency is blacked in, the laser cuts nothing at all; where it’s lighter, the laser burns away the wood. Once the blocks come back, there’s still a lot of work to do: a pattern with small, tightly packed details, or patterns with large open areas, will have to be carved out deeper by hand, so that the block picks up the paint correctly. 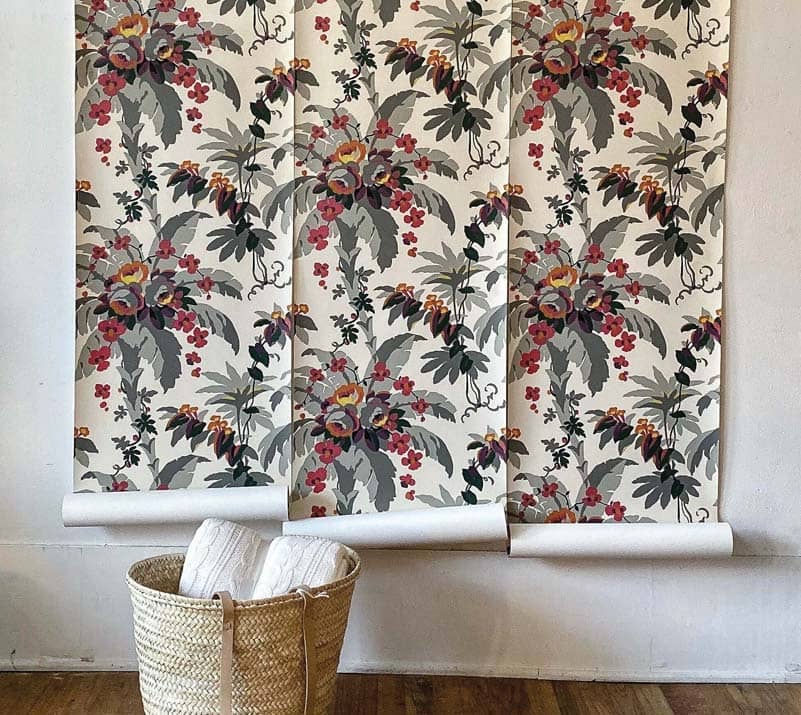