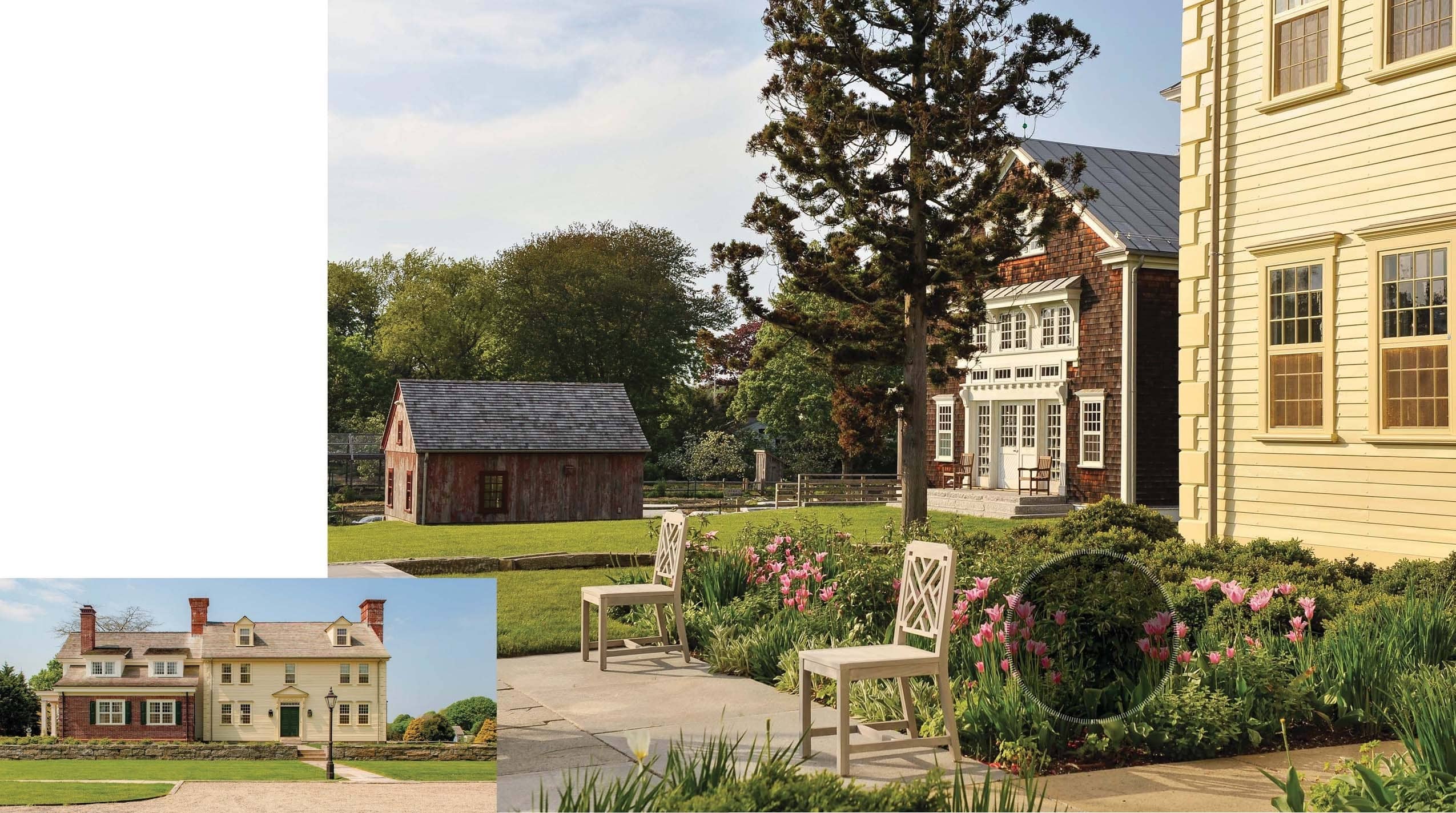 The ca. 1735 house was disassembled and rebuilt on a new foundation, a rescued 1742 banquet hall appended to it, an addition in Greek Revival style built for the kitchen, and a Maine barn added to the property.

The Georgian-period Colonel Pendleton House in Westerly, Rhode Island, was in peril, as was the land that surrounded it. As part of a complex, public-private initiative, it was saved and rebuilt through the efforts of owners Charles and Deborah Royce. The work was done by the Cooper Group, a specialist five-company collaborative providing preservation and restoration management, structural repairs, energy upgrades, historical additions, and period millwork. 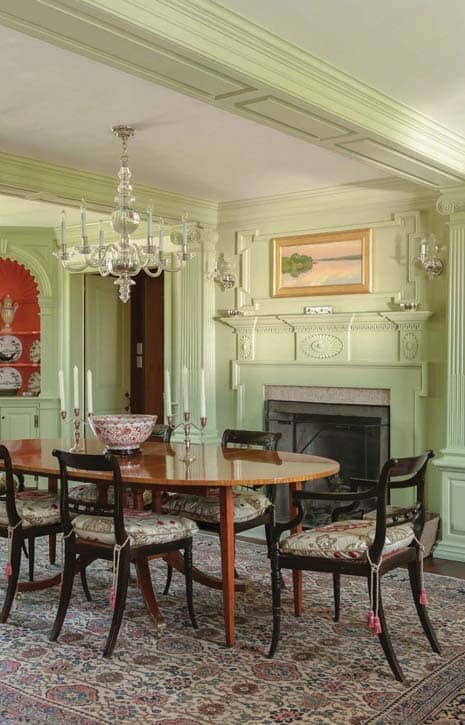 “Of all the things we accomplished with the Pendleton House,” says Brian Cooper, “I am most proud that we were able to save Sir William Pepperrell’s banquet hall.” Cooper is referring to the long-lost banquet room from the 1742 Sparhawk mansion in Kittery, Maine, which was demolished in 1967. The Royces bought elements of the historic room, salvaged from the house commissioned by Sir William Pepperrell for his daughter on her marriage. It has become the Royces’ library, part of an addition to the Pendleton House. 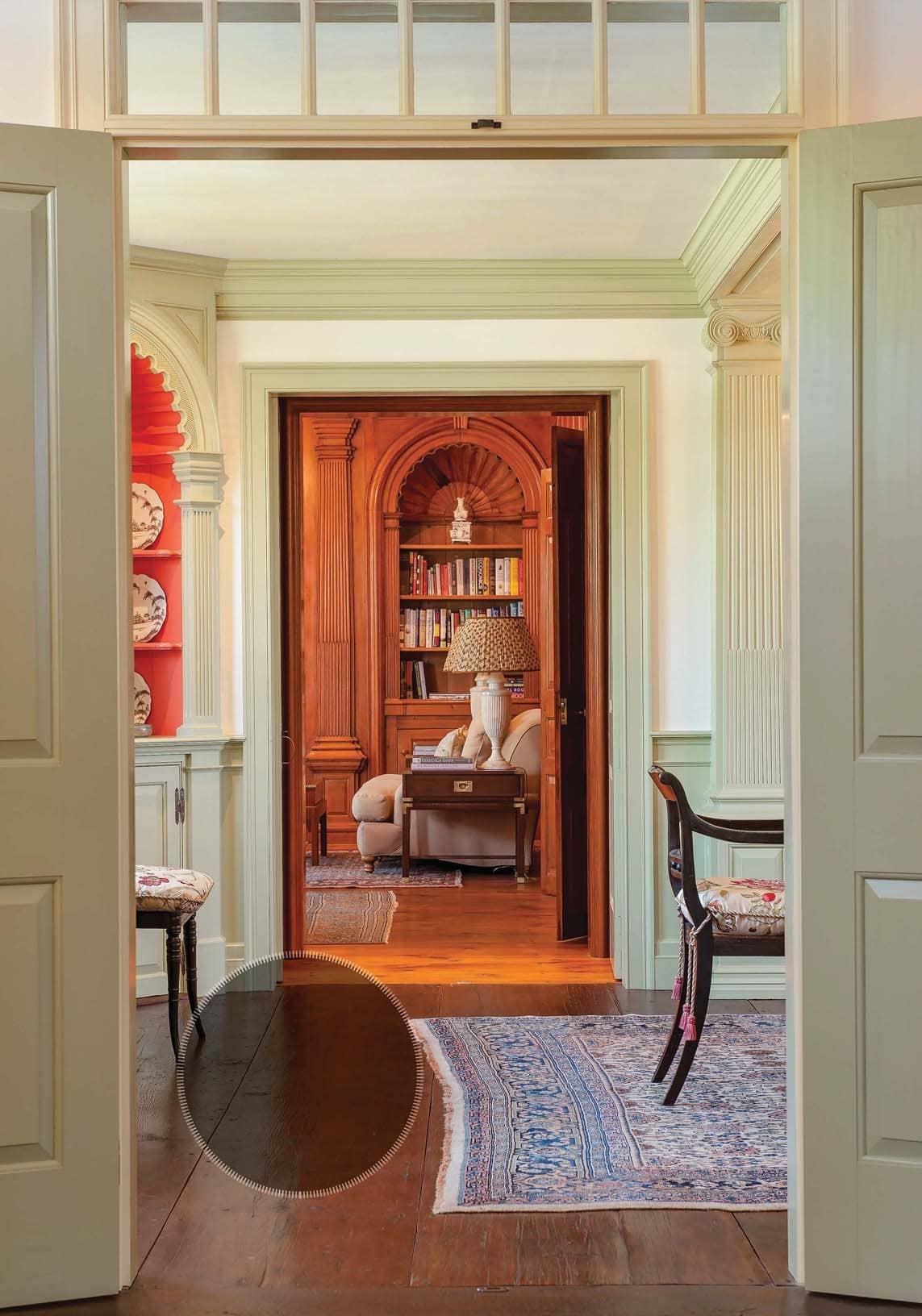