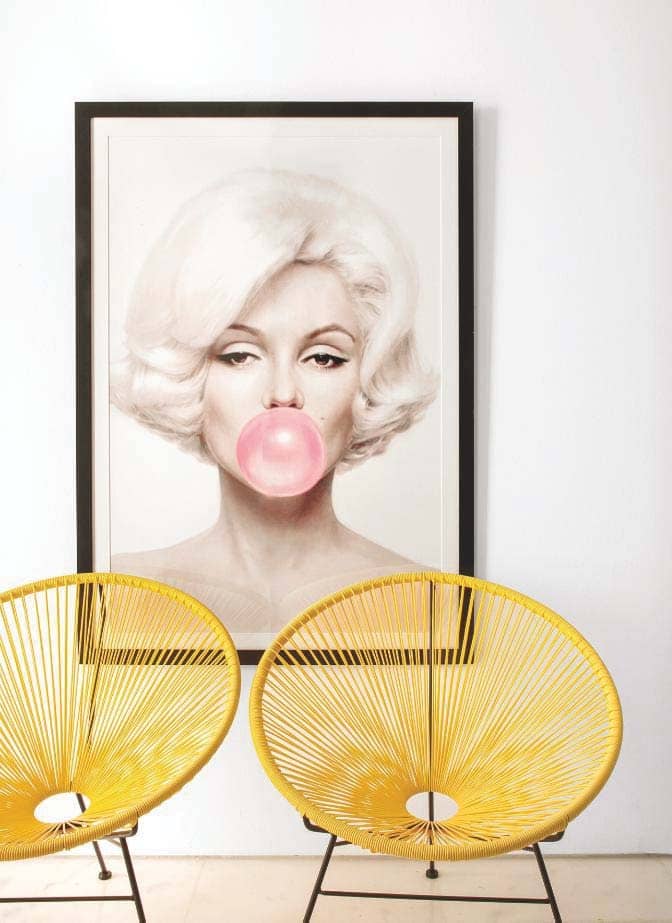 A whole lot laid back, a little bit louche, with a hint of1970s Studio 54 glam and a splash of Palm Springs styling, this Ibizan holiday retreat is the dream escape from the nine to five. Given its location on the famous ‘white island’, its light and bright look seems rather fitting. Created by interior designer Miriam Alía for her Madrid-based friends, Blanca and Daniel Yusty, and their three children, it’s a million miles away from the ‘don’t touch’ vibe of most wrap-around-white interiors.

‘White itself can be cold,’ explains Miriam, ‘but it can also be the perfect base from which to start gradually creating a welcoming and lively space.’ So, while all the large-scale pieces, from the sink-into-me sofas to the outdoor dining set, are lighter shades of pale, the addition of dramatic feature wallpapers and slightly kitsch-leaning accessories attest that there’s also a really playful spirit at work here.

That it holds together so well is down to Miriam’s skill at editing her selection of punchy pop art, bold prints and patterns, plus the odd humorous touches, such as LED flamingo lights and a large leopard sculpture in the living area – it all adds up to a fun and funky vibe. ‘By using pastel tones, we brought warmth,’ says Miriam. ‘We added texture with cushions, rugs and wallpapers, which make the space more welcoming, and decorative elements, such as photographs or special objects, created an informal atmosphere.’

The apartment itself is housed in a small, exclusive development designed by renowned Madrid-based architecture firm A-cero, overlooking the clear waters and golden sands of a secluded beach. To have the chance to add her particular spin to one of their designs was a dream come true for Miriam. ‘I used the studio’s work as reference while I was studying at university, so the feeling of furnishing one of their designs for the first time was something very special,’ she says. ‘It was strange as well, as it was when I finally realised that I was really dedicating myself to what I wanted to do.’ 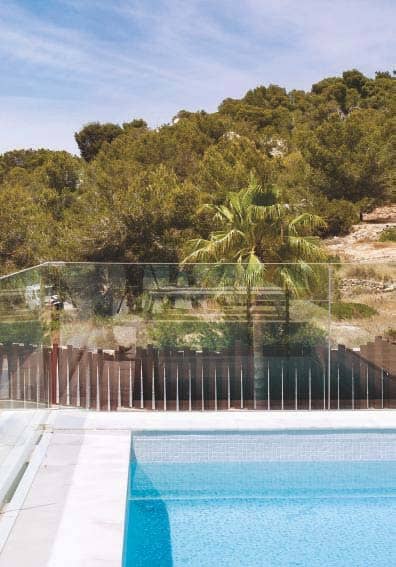