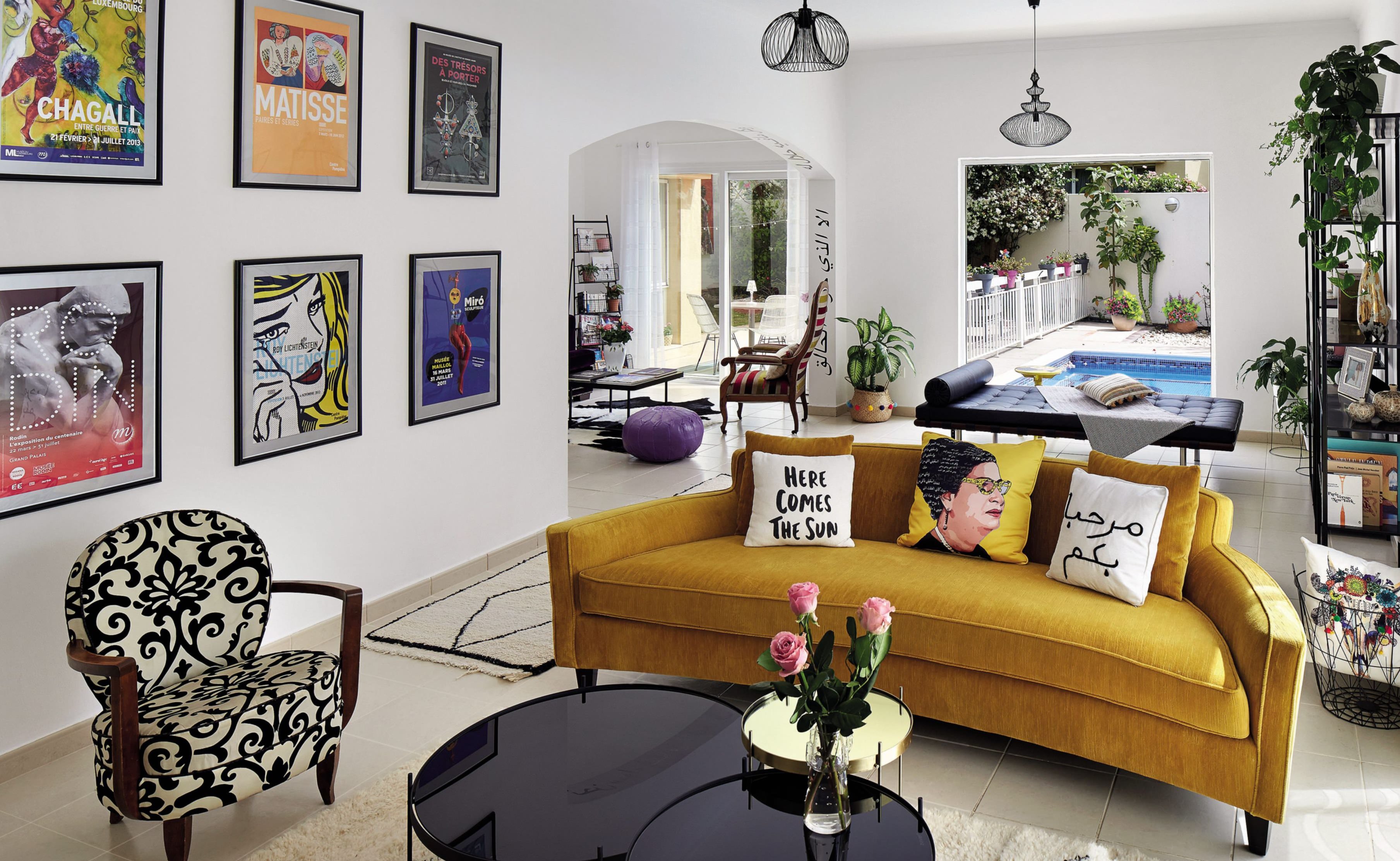 The bright, eclectic home of the Dumonceau family is an inspiration to tenants across the region, highlighting how a rental property can still be a versatile canvas from which to create a characterful home. Their villa in Dubai’s popular residential community The Meadows is home to Kaltoum, her husband Arnaud and their two sons, Adam and Gabriel, and mixes designer buys from their home city Paris, locally-bought accessories and a carefully curated mix of contemporary Arabic accents, influenced by Kaltoum’s Moroccan roots.

Moving from their native France to the UAE in 2016 for Arnaud’s job in finance with Procter & Gamble, the family had a few requirements in mind: a private pool, a safe community where their boys could play outside, and a hint of greenery amidst Dubai’s famous skyscrapers.

Driving through The Meadows, Kaltoum spotted a family moving out of a villa and saw its potential immediately. ‘The house was a mess, and when I called my husband over to look at it he went from one room to another and asked, ‘what’s wrong with you, why would you want to choose this house?’ laughs Kaltoum. ‘Even though it was dirty and unkempt, I could see the large windows and spacious rooms had lots of potential and I could picture us living there.’ 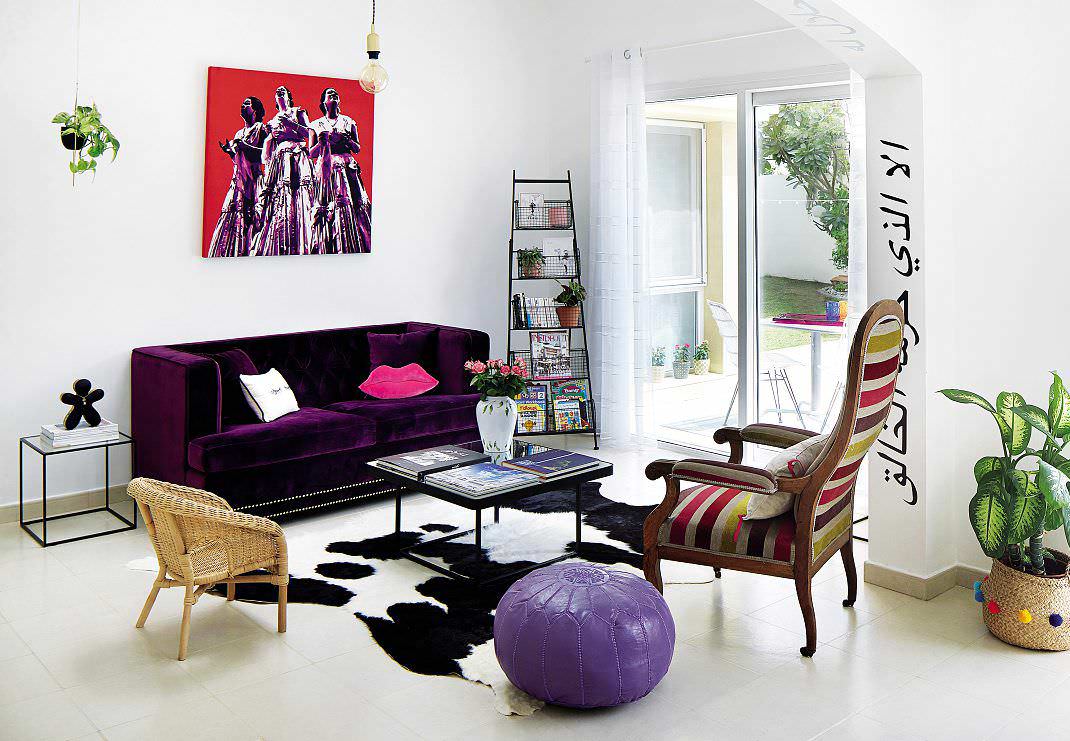 She got the landlord onside with her home improvement plans and he removed the unsightly additions the previous tenants had made, including fake beams in the living room. ‘He likes my Instagram account and my blog,’ says the former English teacher who has set up a burgeoning home décor blog called Bayt Kalthoum, which means “Kalthoum’s house”, since moving to Dubai. ‘He loves my style and trusts me to make the right changes with the suppliers and contractors.’

Under her guidance, the property has been revamped with a coat of white paint, the lawn re-seeded, the pool fenced and the kitchen upgraded with some stylish flourishes from the mum-of-two. She laid a Moroccan-style, tile-patterned laminate on the floor with mushroom tones to complement the brown of the granite counter, while the light blue in the pattern is picked up by a border she painted along the top of the pale grey walls. The crisp white unit fronts and brass handles add a modern-luxe element.

MORE STORIES FROM INSIDEOUTView All