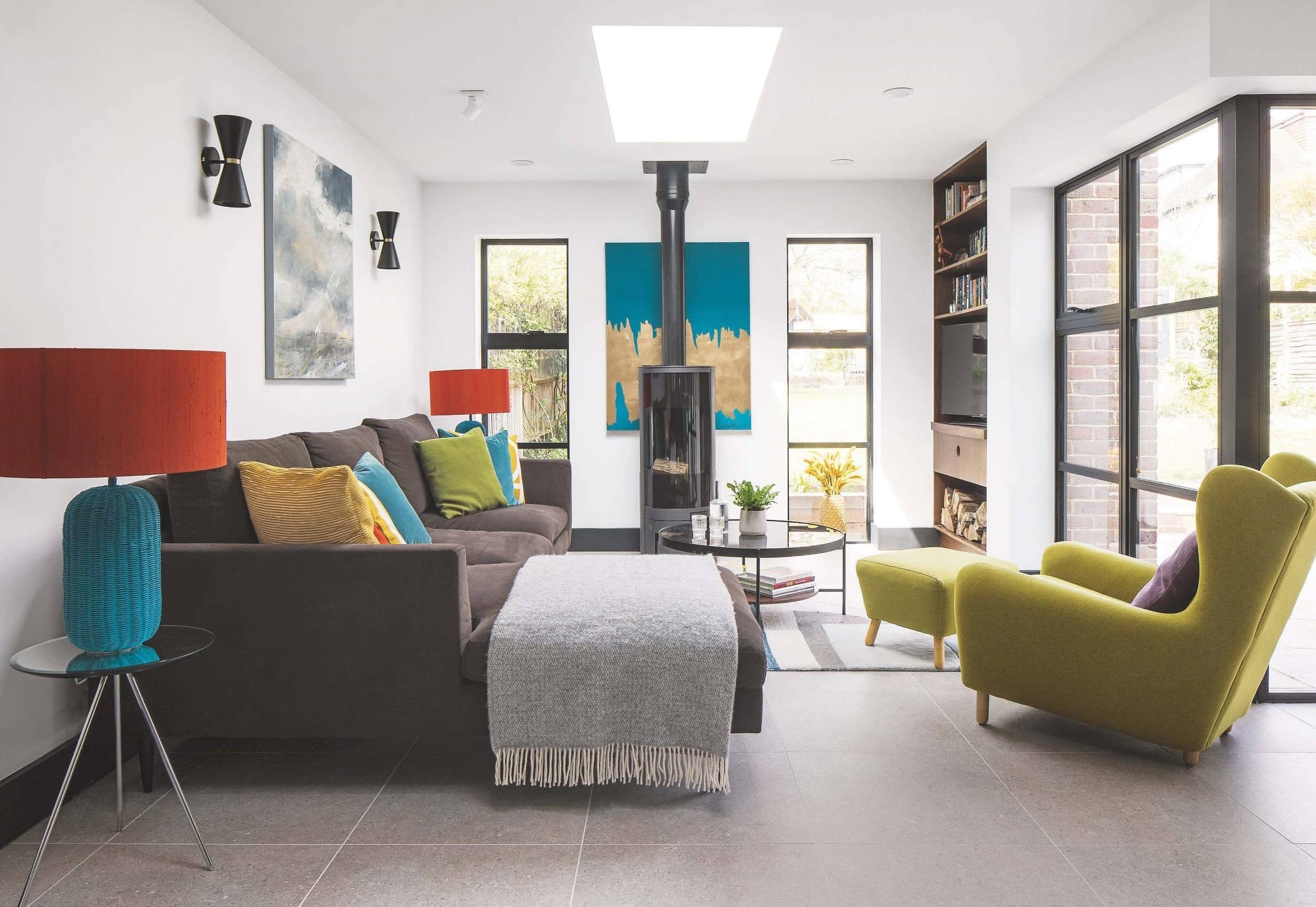 Ben and Gaby Hillman updated a standard Thirties semi with a wraparound extension, clever design ideas and smart tech to make every space support their lifestyle and suit their contemporary tastes
Sitting area

‘This space was designed to extend into the garden, with a corner outlook over the terrace,’ says Ben. ‘The two tall windows give glimpses of the garden and mirror the shape of the wood burner.’

Ben is often away, filming, so when he and Gaby decided to move, house-hunting took a certain amount of ingenuity. ‘I spotted this tired-looking Thirties house online when I was working in Costa Rica,’ says Ben. ‘Looking at the floorplans, I could see the family house I could create. There were enough bedrooms for all of us, so my focus was on re-modeling the ground floor with a wraparound extension that wouldn’t impact too much on the garden.’

When the family moved in July 2016, Ben had already drawn up a design. Alongside the existing front living room, there was to be a combined kitchen-diner and living area, with an adjacent playroom. ‘A simple opening to the playroom connects it to the living space but the chaos doesn’t spill over,’ says Ben.

‘Hope worked out she could talk to me via the porch security camera while I was away,’ says Ben. ‘This got me thinking that I could also project-manage remotely. It also prompted me to look into a smart heating and lighting plan. We have Philips Hue downlights set to mimic daylight in the darkest part of the living space and we can vary the colour temperature using an app. We also have Wundatherm over floor heating boards beneath the tiles, controlled via Nest –it’s great as the smart thermostat remembers the settings for each zone.’