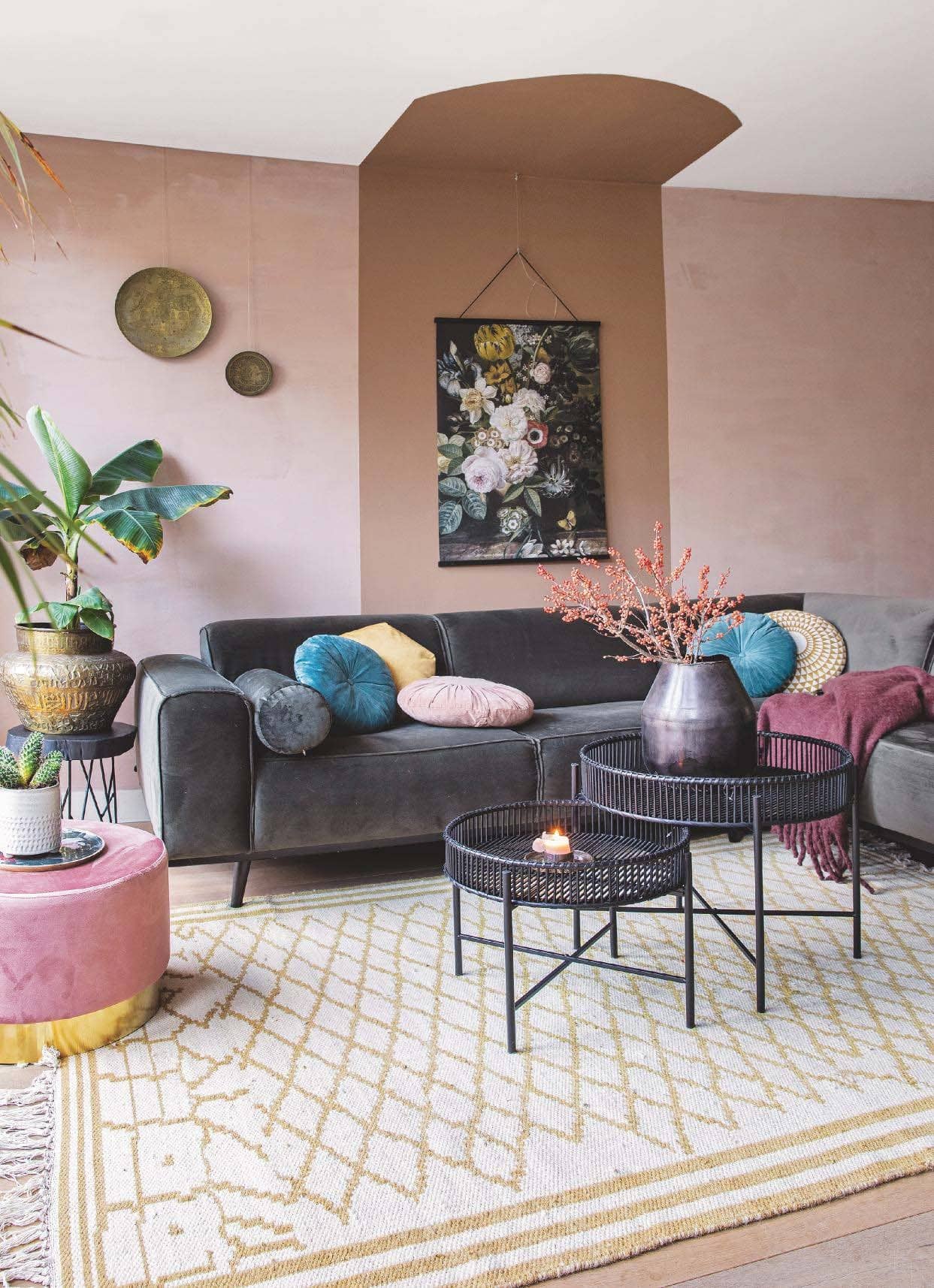 Misia Guicherit and Arnoud van Dorp rebuilt their house from the ground up, giving it authentic period architecture but a very contemporary decorative style

‘I’ve settled on pinks and whites for walls and ceilings, which work with the wood flooring and set off our dark furniture and decorative pieces beautifully.’

Situated in Leiden, a city to the south of Amsterdam, the house was built in the 1900s and was typical of the terraced houses built for laborers and their families. ‘We chose the house for its charm and character but also for its peaceful location,’ says Misia. ‘Despite it being practically in the city centre, it’s located in a quiet lane, so you’d be forgiven for thinking you were in a small town or village. It’s away from all the hustle and bustle.’

The layout featured a living room on the street side and a kitchen and dining area overlooking the back garden, which didn’t have the open feel the couple wanted. ‘Rather than extend and renovate it, we decided to demolish the house and re-build it on the same site,’ she says. Since it was essentially a new-build, Misia was able to tailor the layout and have an input on the materials used. ‘My father is in the building trade and he was a great help,’ says Misia. ‘He’s a purist and set great store by finding authentic materials and using them to recreate a house that would come as close to the original as possible.’