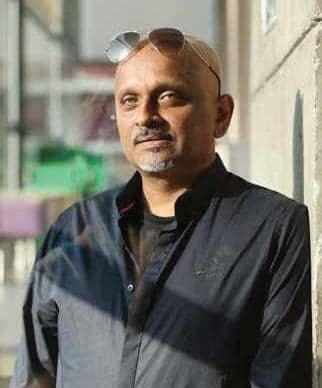 art and nature has been inherent in my journey, says ar. george john, who likes his designs to be intelligent, sustainable and thought-provoking

“The excitement of experiencing art in different dimensions led me to choose architecture,” says Ar George John, Director, RC Architecture, Bengaluru. “I painted a lot from an early age, which directed me towards working with architecture and design. Each time I would see my father playing Scrabble with friends, I would visualize them as designing buildings.”

Growing up on a plantation meant that Ar. John had very few friends, but ample opportunities to observe trees, plants, flowers and birds. “My father was a planter while my mother was a botanist,” says Ar John. “That gave me the space to explore art in all its forms.” One of his first architectural inspirations was a manmade structure in his native Kerala. “It was the Mattancherry bridge between Cochin and Willingdon Island, which follows a black and highly-engineered design. You could see the Indian naval ships on one side and backwaters when you drove past, and that was a great experience.”

As an architecture student, Ar John was fortunate to find teachers who mentored him. “Ar SN Kanade was the first professor to teach me architecture, who challenged me to think radically. I also remember Ar. SG Srinivas for instilling in me an enthusiasm for architecture and everything design-related,” recalls Ar John.

He talks about the difference between his days as a student and aspiring architects today. According to Ar John, “When I was pursuing architecture, I envisioned a very different career path. I believed that form follows function, and that you need to articulate spaces and volumes to create architectural pieces. Today, there is a layer of technology added to these elements, and we have evolved in terms of modern software to design intelligently.”

Ar John has also seen other changes in the field in the course of his career. “When we started R Architecture in 2001, there was a big boom in IT-related and commercial spaces in India. High-rise buildings and the housing sector started transitioning after that, followed by the hospitality, healthcare and academic fields (especially university campuses), emphasizing sustainability and context.” But though Ar John has designed several projects in these areas, it is a religious project that is close to his heart. “One of the projects that I’m particularly fond of is a church designed in the late 1990s in Mudipu, Dakshina Kannada, Karnataka,” he says, adding, “Here, our priority was both its topographical context and a minimal approach to highlight the pilgrims’ experience.”