One of the largest collections of MidCentury Modern homes in Southern California is the pioneering work of architect William Krisel. Situated in Twin Palms, a south Palm Springs neighbourhood, they became the desert community’s first Modernist tract in the 1950s; at that time they embodied the futuristic ‘houses of tomorrow’.

The desert-mountain landscape presents a dramatic setting for these abodes with their original retro detail. After falling in love with the alluring natural vistas and the unique architecture of Palm Springs, real estate agent Chris Menrad was prompted to search for a property in this dusty Pleasantville scene. It was during his hunt, while driving along the streets of Palm Springs in 1999, that Chris rounded a corner at Palm Canyon and spotted the unusual roof constructions in the distance – structures jutting out like the flamboyant wings of a Cadillac. He headed in their direction and ended up in the suburb of Twin Palms. 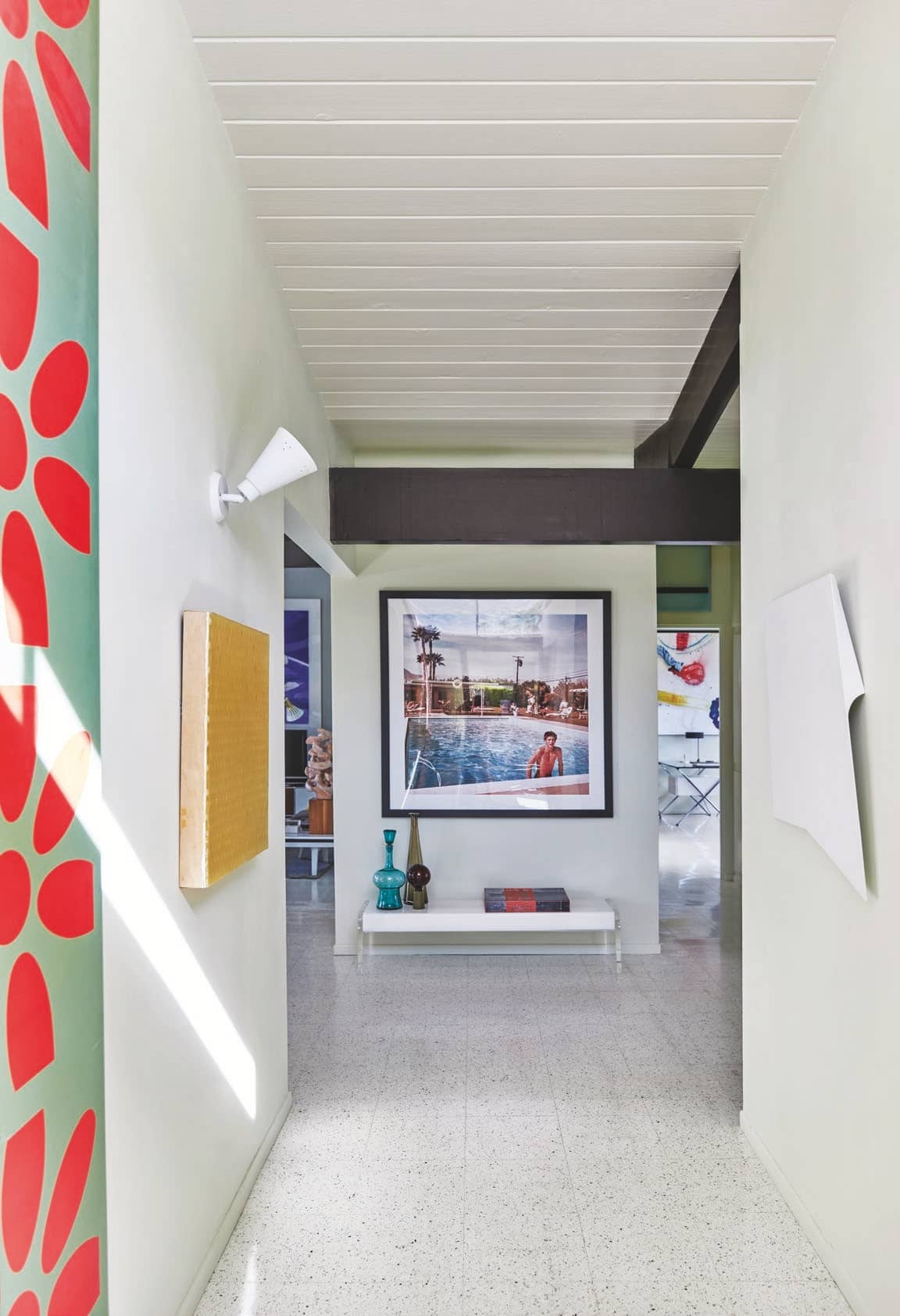 ‘I was so impressed with the original architecture of the homes. The area was living in a time warp,’ says Chris. He drove further into the neighbourhood, where he found a house for sale with the same interesting ‘butterfly’ roof. He bought it, and has since done his utmost to restore it to its authentic former glory.

Chris’ background as a property realtor affords him a strong sense of aesthetic and an intuitive eye for style, and he immediately saw the interesting interplay between architecture and lifestyle: a thinking that encapsulated the optimistic post-war building culture.