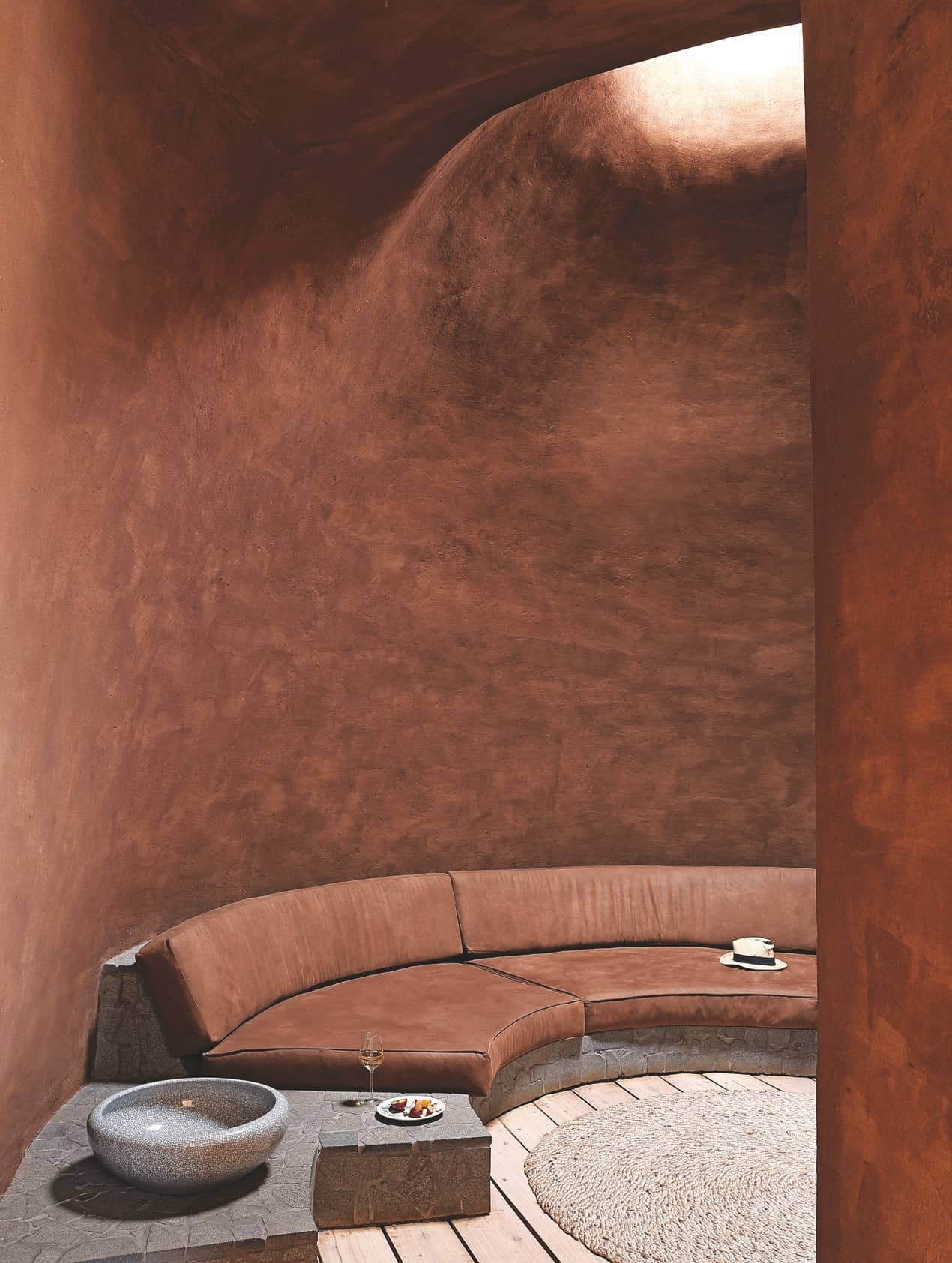 One day, time and nature will take back the structure built at Witklipfontein – the handmade home of two architect brothers in the Vredefort Dome that’s been designed to return to the earth.
Garreth Van Niekerk

It is a rare thing in architecture to feel the craft of architecture’s roots actually come alive in a space – that thing that architectural theorist Juhani Pallasmaa calls ‘an art form of the eye, the hand, the head and the heart’. But it is everywhere about you at Witklipfontein, the recently-completed earth ‘sandcastle’ in the UNESCO-protected Vredefort Dome, built and designed (largely with their own hands) by Flemish brother-architects Damien and Xavier Huybrechts. 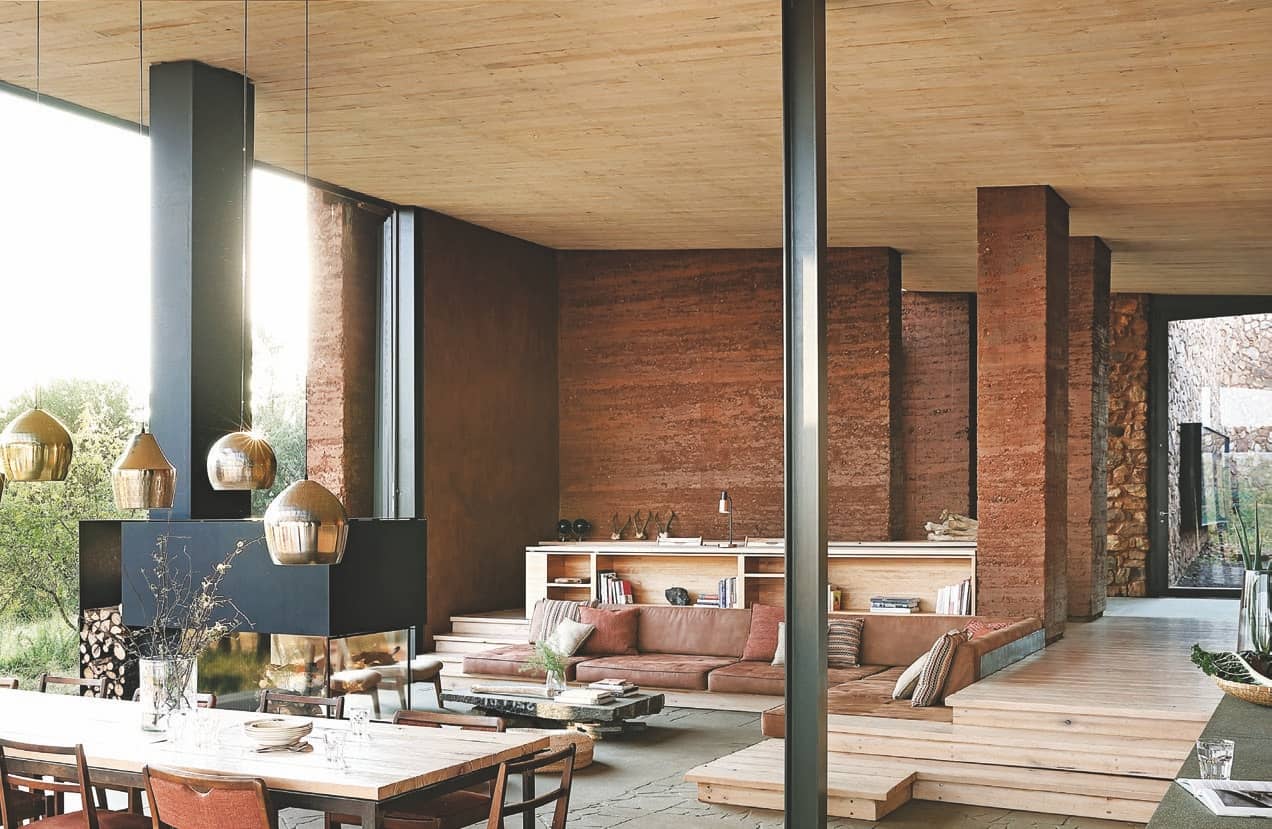 The monumental structure, composed almost entirely of materials found on the site, disappears into the landscape from one side, then rises again in epic sculptural volumes from the other. ‘We describe it as lifting the carpet of nature, and gently tucking the house underneath the carpet,’ says Xavier. As a result, wildlife roams freely. At one point during our visit, birds flew right through the house from the cool courtyard on one side, landing on the backs of the herd of sable antelope on the other, who were drinking from the waters of the home’s natural swimming pool.