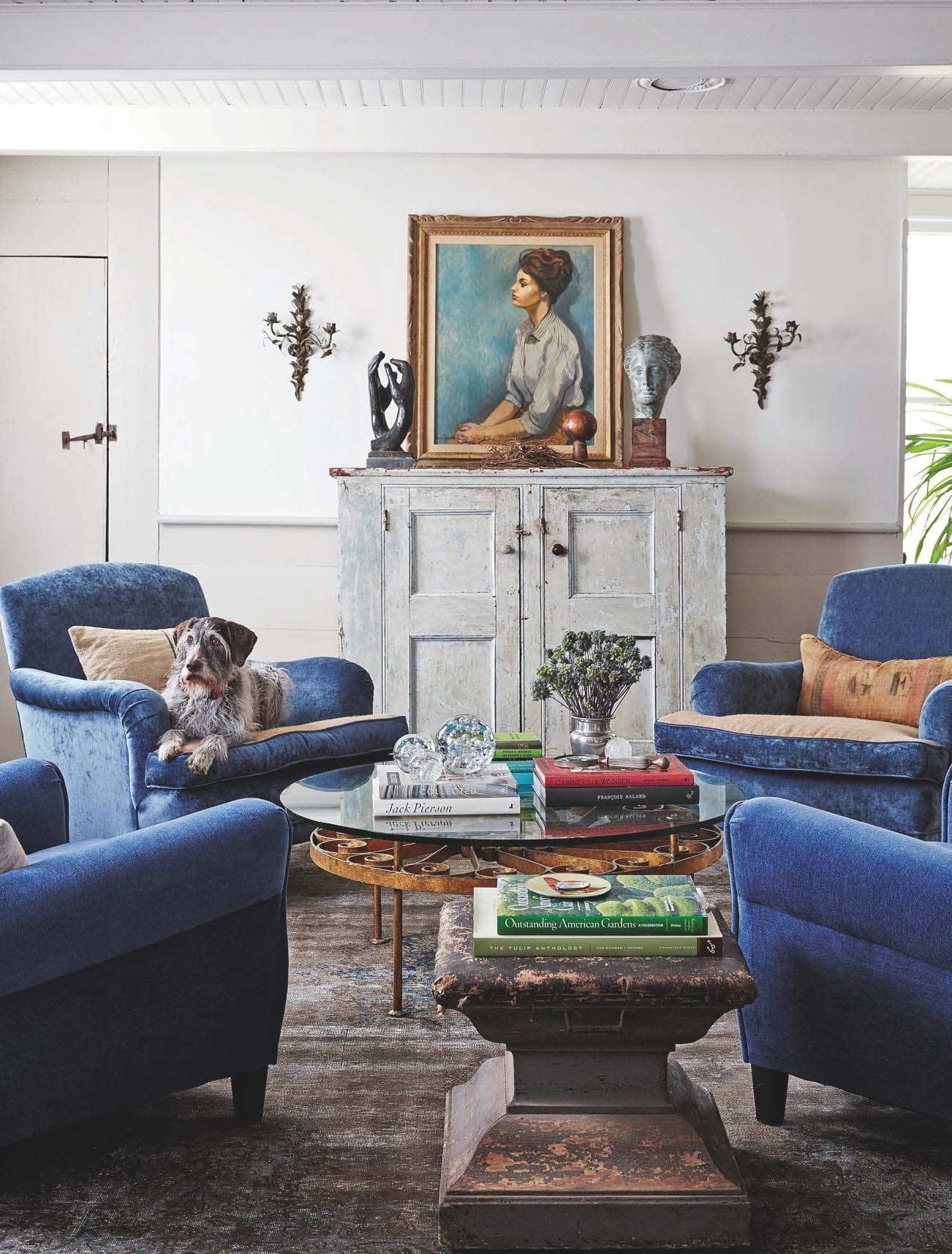 Transforming and preserving the Federal Colonial farmhouse has taken several years. Now, in here, four chairs are the perfect spot for a cocktail when friends arrive. Woman in a Blouse artwork by Isaac Soyer. Rug, FJ Kashanian

If walls could talk, this 18th-century farmhouse belonging to Andrew Arrick and his husband Michael Hofemann would surely have some great yarns. By the turn of the last century, the house, which was originally the homestead for a 100-acre orchard, had become the Locust Rest and Tea Stop, a favoured breakpoint on the journey between Albany and New York City. Preserving its fascinating history has been a challenge this couple have embraced with sensitivity and joy, feeling a gut pull to the house from the outset. ‘We had friends in the area and enjoyed visiting nearby Hudson, which is famed for its antiques shops,’ says Andrew. ‘The sale of the house was prompted by the most casual of internet searches, but when we viewed it we were utterly seduced and within a month the sale had gone through.’

Andrew and Michael initially intended to use the house as a weekend retreat, but after a few years they decided to leave their loft in Brooklyn and, in 2012, became permanent residents of the countryside. ‘Our families thought we were mad as we had no furniture for this 3,800-square-foot house and spent our first few days getting beds delivered and purchasing a few items in Hudson,’ says Andrew. Buying pieces that suited the period of the house became an obsession that lead to the founding of Finch Hudson, the pair’s antiques and lifestyle shop in the local town. ‘My father is a dentist-turned-antiques dealer, so it runs in the family,’ says Andrew. The quest for furniture took the couple all over the world, finding gems in England, Denmark, Sweden and, more locally, at the Brimfield Antique Flea Markets in Massachusetts. The house now acts as a shifting canvas for pieces that pass through dealers to Finch customers via the store.