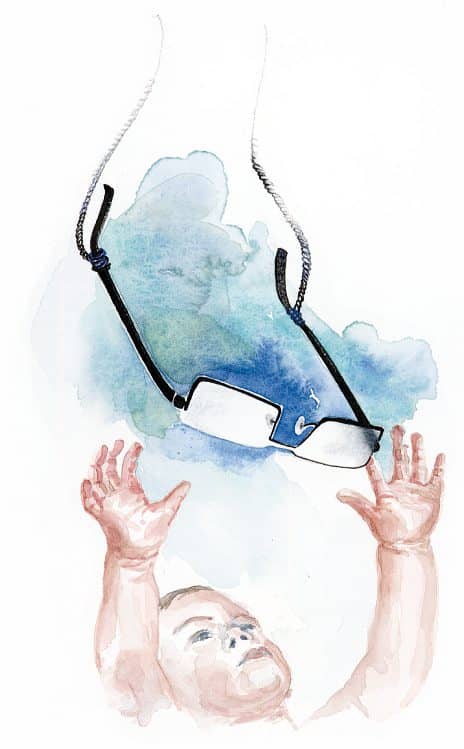 People and contraptions can be highly entertaining, muses Karin Brynard.

I was sitting at a street café, slowly sipping an expensive Stellenbosch cappuccino, when out of the corner of my eye I noticed a man struggling to buckle a baby into a car seat.

I wanted to chuckle –the mere fact that it was a man, you know... But then I noticed he was elderly. He was probably the grandfather and you could see the whole rigmarole with safety and baby transport was out of his usual league. And, of course, the baby wasn’t sitting still either, so oupa was soon working up a healthy sweat.

Apart from the wriggling child, he kept having to put on his reading glasses –suspended on a thin cord around his neck – every few seconds to try to figure out the machinations of the baby seat buckles. The little one kept groping for the specs floating in front of his face and the man had his hands full between protecting his glasses and preventing the baby from flopping out of his seat and the car onto the pavement.

A car guard stood leaning against a wall, observing. You could see him calculating his timing to intervene and perhaps earn himself a rand or two.

But someone beat him to it and he slunk back against the wall again; he kept watching, though, you never know.