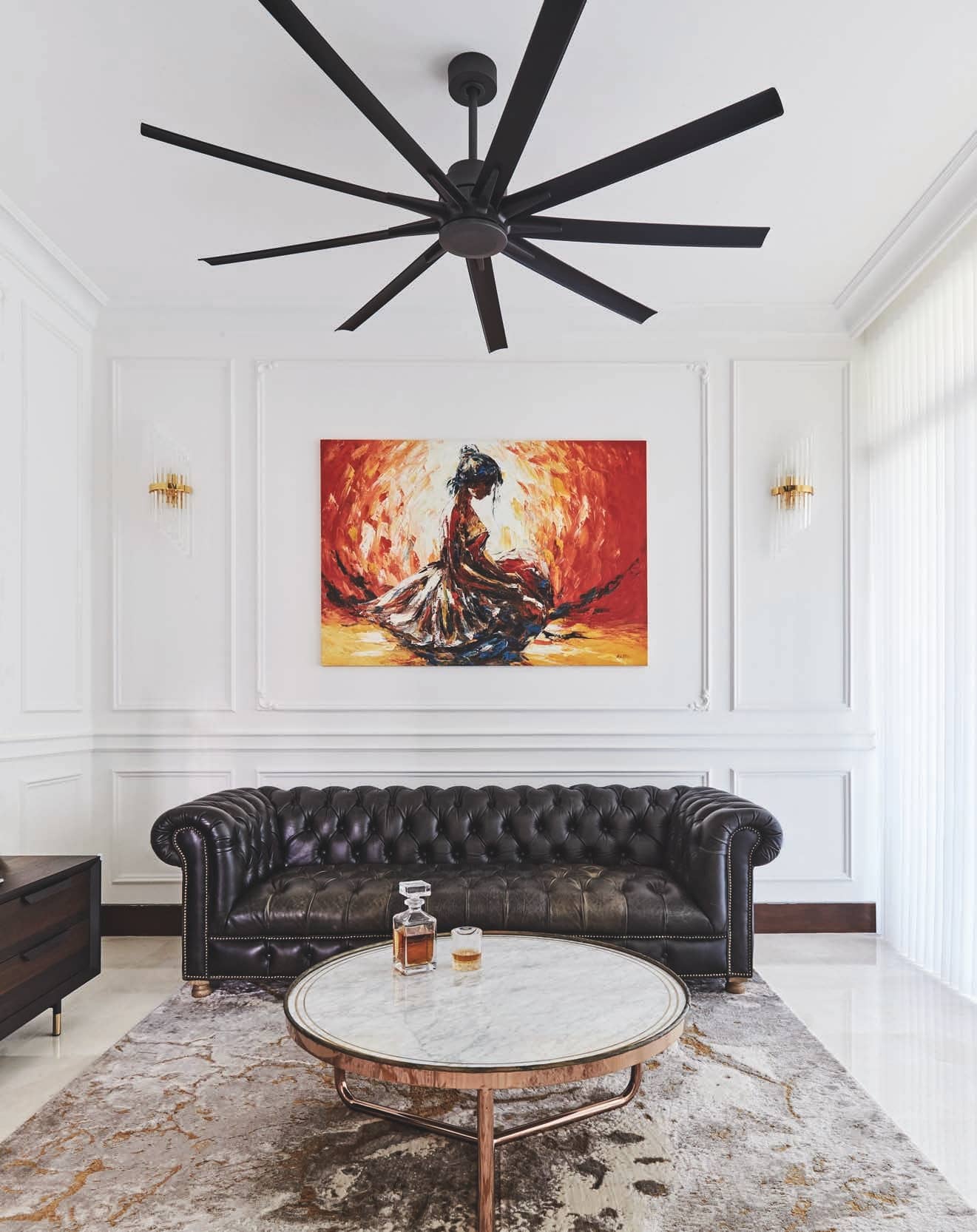 This couple realised their vision of a modern Victorian home that is cosy and unique, and which incorporates smart home features.

An avid traveller who works in the travel industry, Seann Chua, has come across numerous examples of beautiful European homes with Victorian interiors during his overseas trips. “I find the wainscoting, wall beadings and cornices rather enchanting and wanted to emulate these in our home,” he shares. However, his wife, Sheryl Kang, had some initial reservations because she did not want their apartment looking like some old-fashioned Victorian abode. “I did some research and realised that we could go for a modern Victorian style, which is more subtle and classy,” she says. 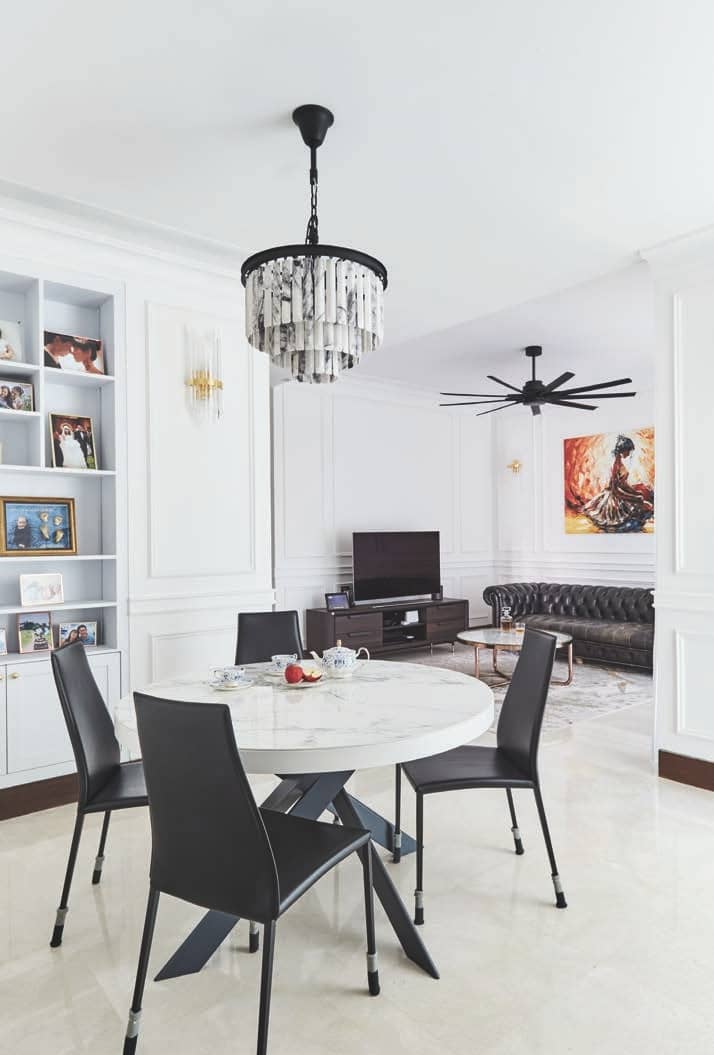 The couple shortlisted and interviewed a few interior designers who had expertise in designing homes with wainscoting, and decided on interior design consultant James Kong from Carpenters Design Group for his “attention to detail, openmindedness and can-do attitude”. It proved to be the right choice as there were some issues along the way- delays in the shipment of bathroom fittings, broken lights and incorrect electrical wiring, all of which were attended to promptly by James and eventually resolved satisfactorily.

It also helped that Seann and Sheryl were very hands-on and worked very closely with James throughout the entire process. They sourced most of the furniture and fittings themselves despite having no prior experience. “We knew exactly what style and colour we were looking for in order to complement the modern Victorian theme, so we were very focused in our search and zeroed in on the suppliers who carried the products that we wanted.”