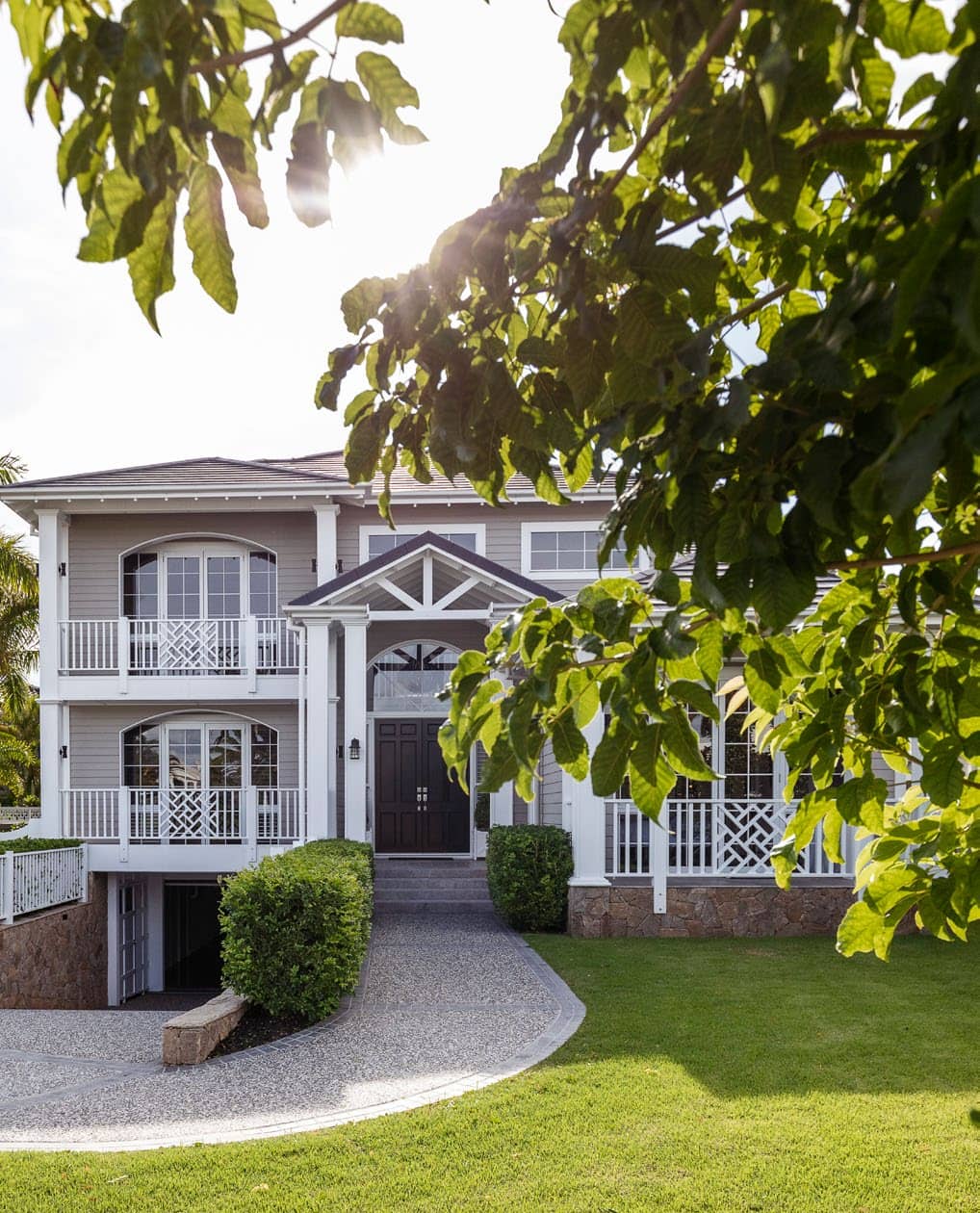 CREATING A HOME THAT FEELS JUST RIGHT CAN TAKE TIME, BUT FOR THIS GOLD COAST FAMILY, IT’S BEEN WELL WORTH THE WAIT

From the street (opposite), Mieke and Brett’s home looks like it could be in a leafy Hamptons hamlet on the US East Coast when, in fact, it’s on a sprawling block on Queensland’s Gold Coast. For Mieke, building the abode marked the realisation of her long-held dream to create a “homely Hamptons-inspired forever home”, where the couple could raise their children, Georgia, 13, and Diesel, 12. “Arches were a key feature,” says Mieke of the spacious doorways opening through onto balconies. The most striking is the arched clerestory window above the front door, which floods the entrance with natural light and draws the eye upwards, to where a Klaylife pendant hangs like a piece of art. 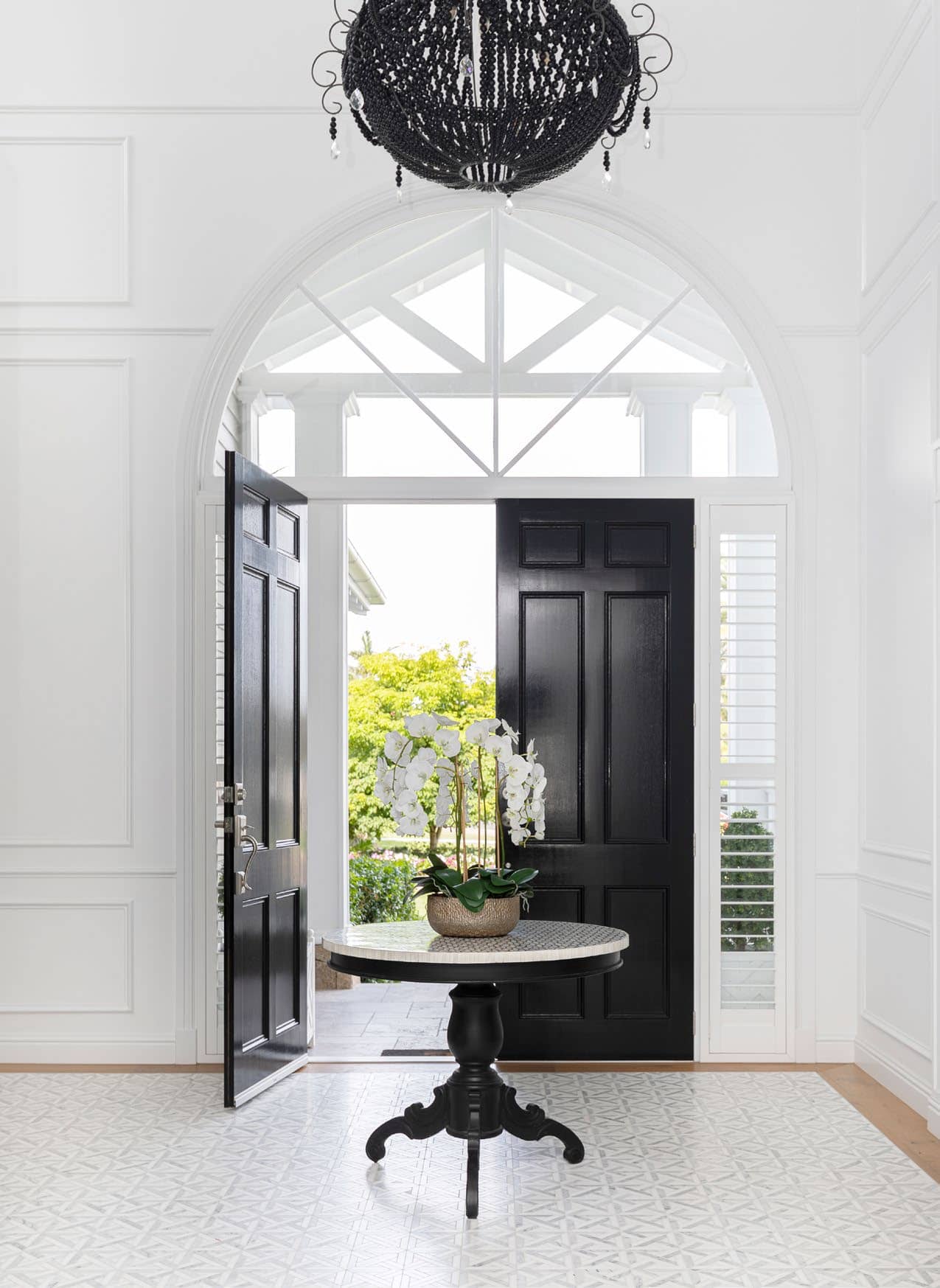 KITCHEN Mieke had a clear vision of how her dream kitchen would look and function. Central to the design is an island topped in durable Neolith honed Estatuario from CDK Stone, paired with Alfresco Emporium cafe bar stools. “We eat two meals there every day, so it doubles as a workspace and dining area,” she says. On the back wall, a white subway splashback reflects classic Hamptons style, with a separate fridge and freezer on either side concealed behind integrated joinery. A Falcon induction oven from Harvey Norman was also on her wish list. “There was no doubt in my mind I wanted a traditional-looking black oven, which would be a real feature piece,” says Mieke. Rather than hide the butler’s pantry, the galley-style prep zone flows through to the laundry. Outside (opposite), Mieke, Brett, Georgia and Diesel, with pup Max, love to gather near the heated spa and pool, which offers all-year dips. 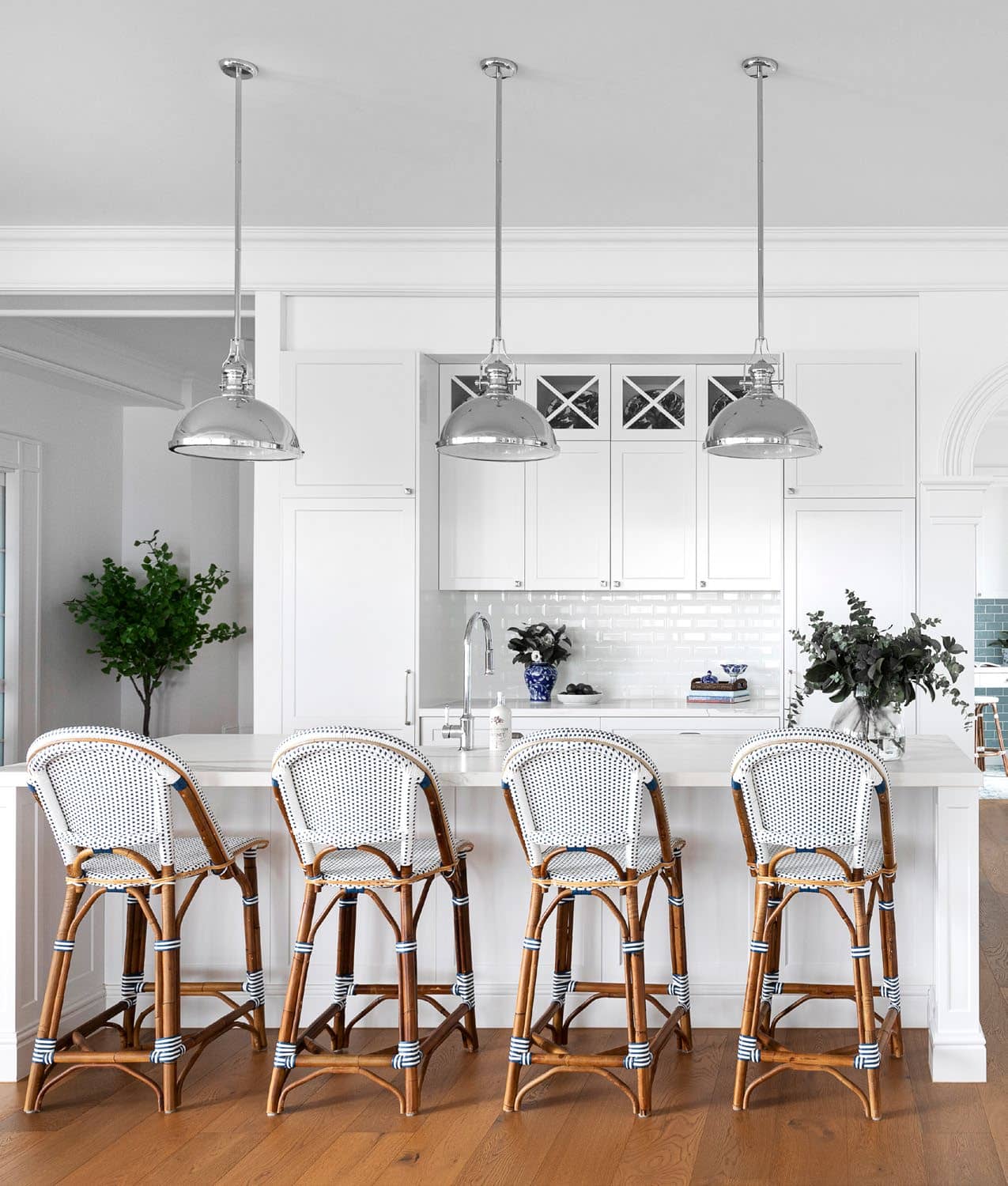 When Mieke arrives home, she enjoys taking in all of its details – the neatly trimmed hedges flanking the driveway, the magnificent pillars and fretwork framing the entrance, and the glossy black front door she’d coveted for years. Passers-by are also captivated by the home on Queensland’s Gold Coast. “About half a dozen people have knocked on the door to ask what colour the house is painted,” shares Mieke, of the warm grey Dulux Paving Stone exterior, teamed with elegant crisp white trims, stonework and Taubmans’ All Black double doors. 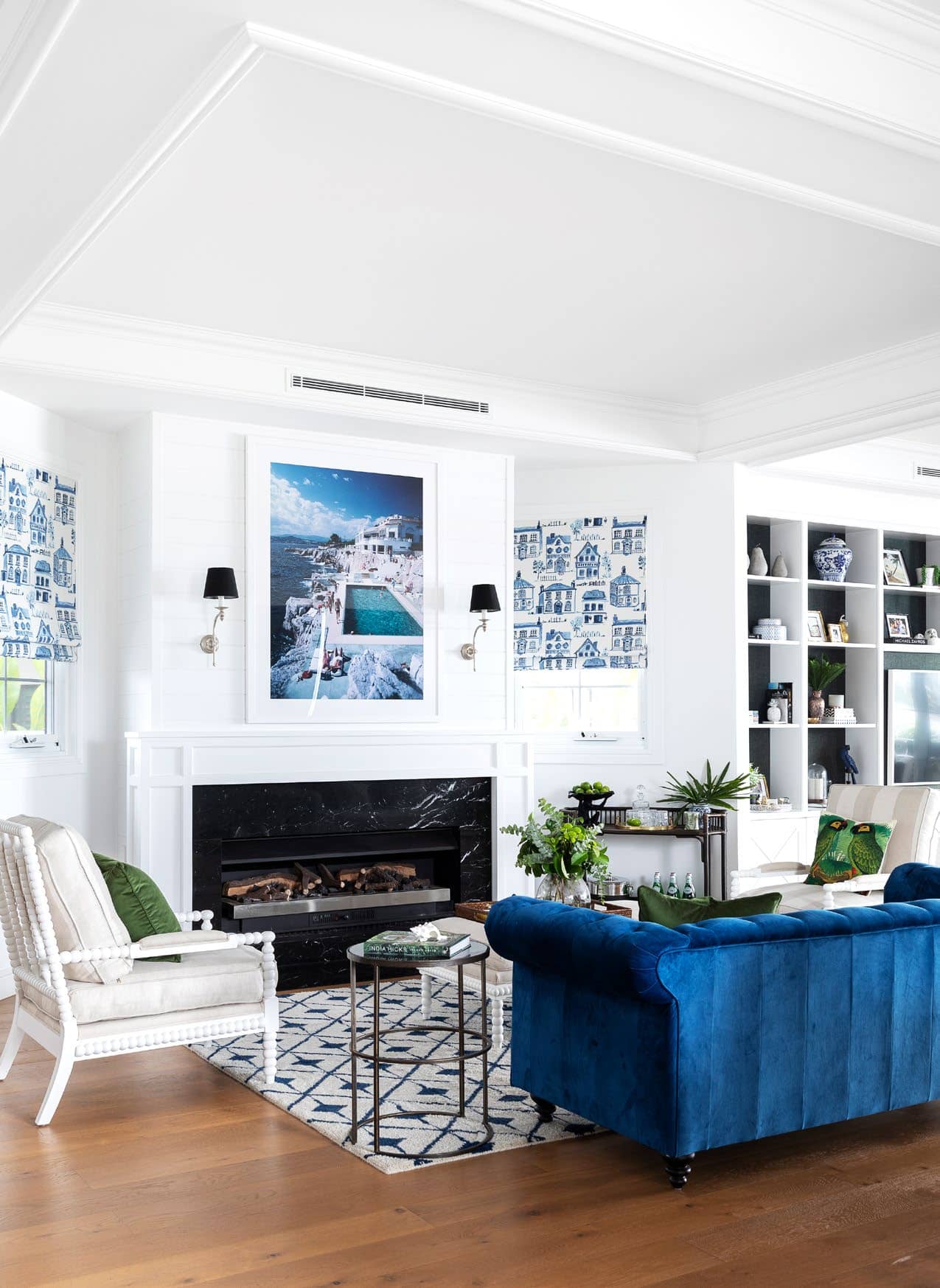 Inside, the selection of finishes and features are just as refined, with soaring ceilings, regal arches, sumptuous furnishings and lively pops of blue throughout. “I’ve always had an obsession with Hamptons architecture and interiors, so they’re details I’d dreamt about for years, but didn’t have the courage to pull off until this house,” she explains. Together with husband Brett and children Georgia and Diesel, Mieke had built twice before, but modern, minimalist homes had never felt like the right fit for her family. So, six years ago when they came across a large block with a great aspect and sweeping waterfront views, Mieke took a different approach and the third time has well and truly been a charm. 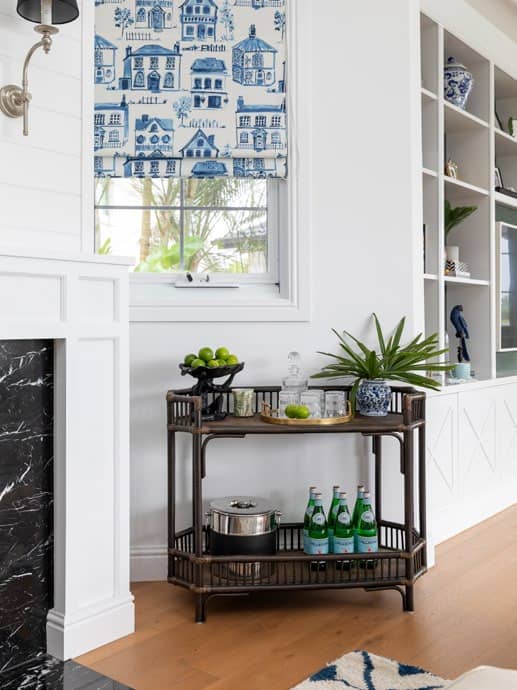 MORE STORIES FROM HOME BEAUTIFULView All