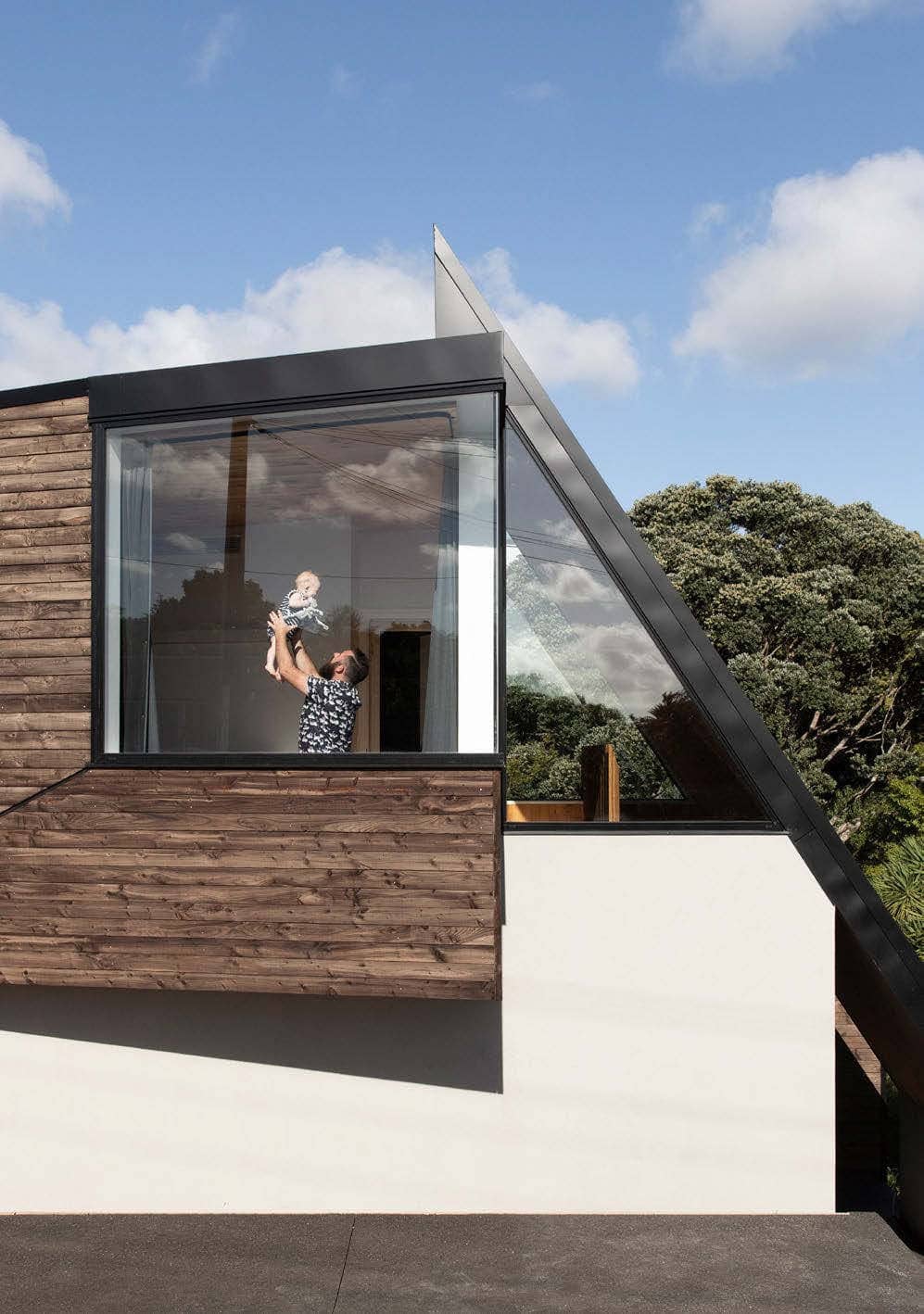 Claire McCall
‘Don’t pack a sad’. The artist’s message on fluted plastic board in the kitchen is pointed, droll. Indeed, retaining a sense of equilibrium was advantageous in this project. Owners Craig and Kristin Wilson built a home after seven years of living – strike that – existing in the worst house on a not-so-favoured street.

It was “interesting times”, says Craig, an associate director at TOA Architects, who knows the stats like the back of his hand. The section: 585 square metres, but only 13.5 square metres wide. “The rear 25 percent fell under the drip line of a massive phutukawa that we love.” Previous house: 47 square metres – four power points, five lights. Current home: 156 square metres (not counting the wine cellar) uses 43 panels of cross laminated timber (CLT) for the floors, walls and ceiling. The smallest panel, 1500 x 300mm, is beside the hatch to the wine cellar; the largest panel is 14.4 x 2.3 metres and spans the length of the southern wall. 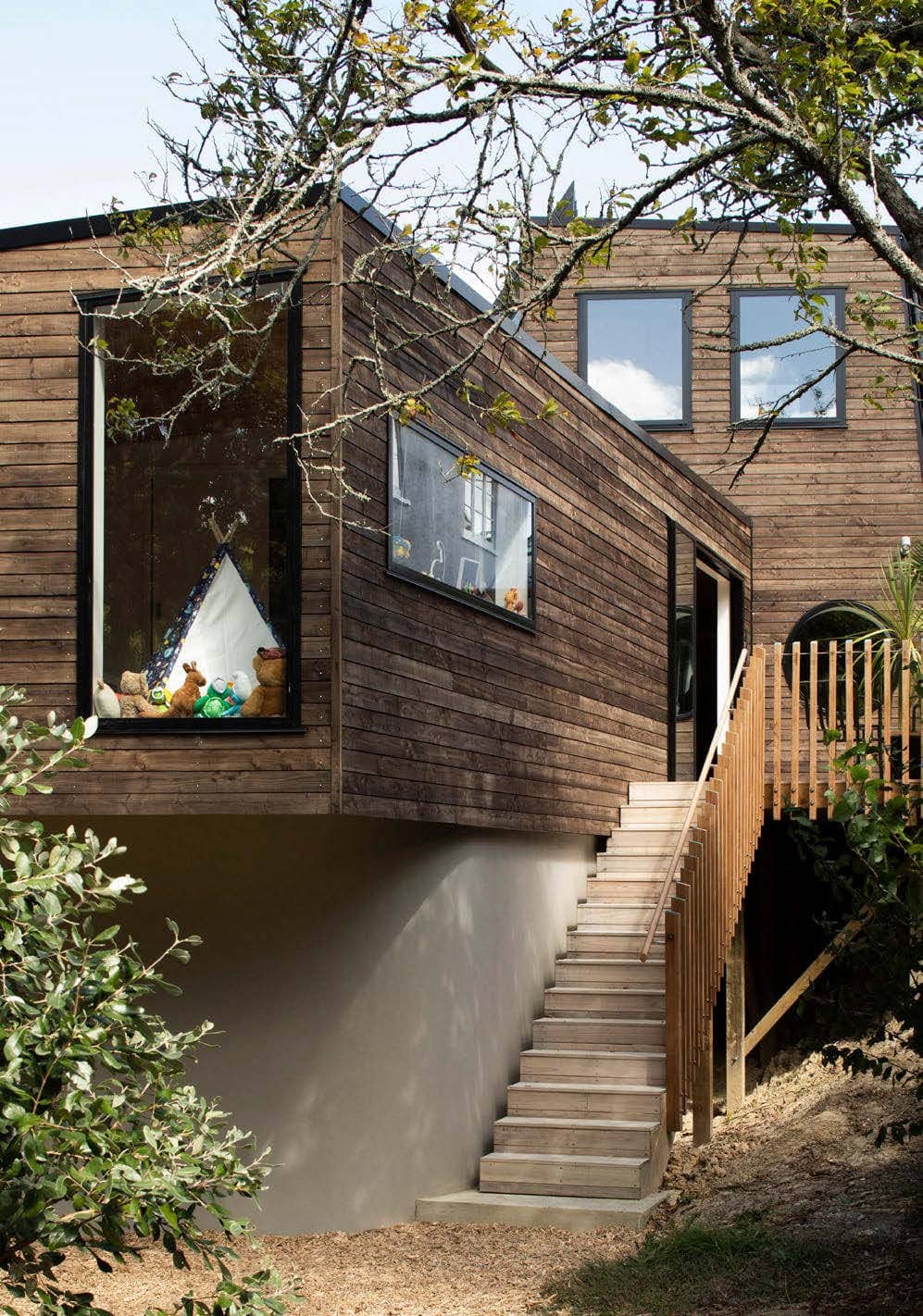 But it’s not the numbers that tell the tale. It’s the stories.

An aerial photograph of Grey Lynn, Auckland, taken in 1940 shows villas at the top of the road, then bare fields that lead down the hill as far as the speedway. “The land wasn’t built on until the 50s due it being steep and adjacent to a small quarry,” says Craig. Yet build they did, on a section that fell into a gully and also had a cross slope. They perched the tiny uninsulated cottage next to the street to avoid the contours from hell. Neighbours – left, right and centre – were as close as propriety would allow. 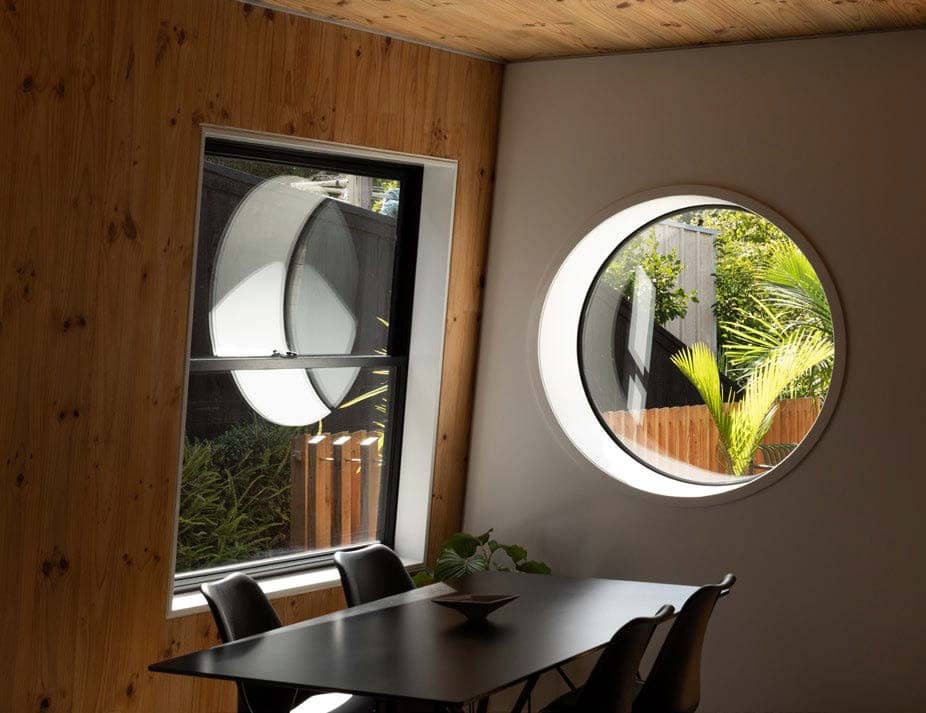