On a leafy site in the Waikato, Tane Cox crafts a subtle home for three generations

Ben Lee had just finished building four houses on Marine Parade in Mount Maunganui. He was tired. His wife Nicky discovered she was pregnant with the couple’s third child. Suddenly, the smell of grass and the thought of a large section and proximity to parents felt like the lifestyle change they needed. They began searching for a property that would both suit this shift from The Mount, and accommodate a second dwelling for Ben’s parents. They found it in rural-residential Tamahere, on the outskirts of Ben’s hometown of Hamilton.

The 5000-square-metre piece of land was dotted with established trees and surrounded by large residences. These two factors proved influential in the design response – the former taken into consideration with layout, while the latter impacted scale. This was to be a large multi-generational home – but not a sprawling mono mass. Restraint was key. Aptly, designer Tane Cox of Red Architecture, a Hamilton-based practice, named the project ‘Shibui’, a Japanese word that refers to the aesthetics of restrained beauty. The concept of Shibui was familiar to Cox and Ben, who had worked together before and applied it to previous projects. 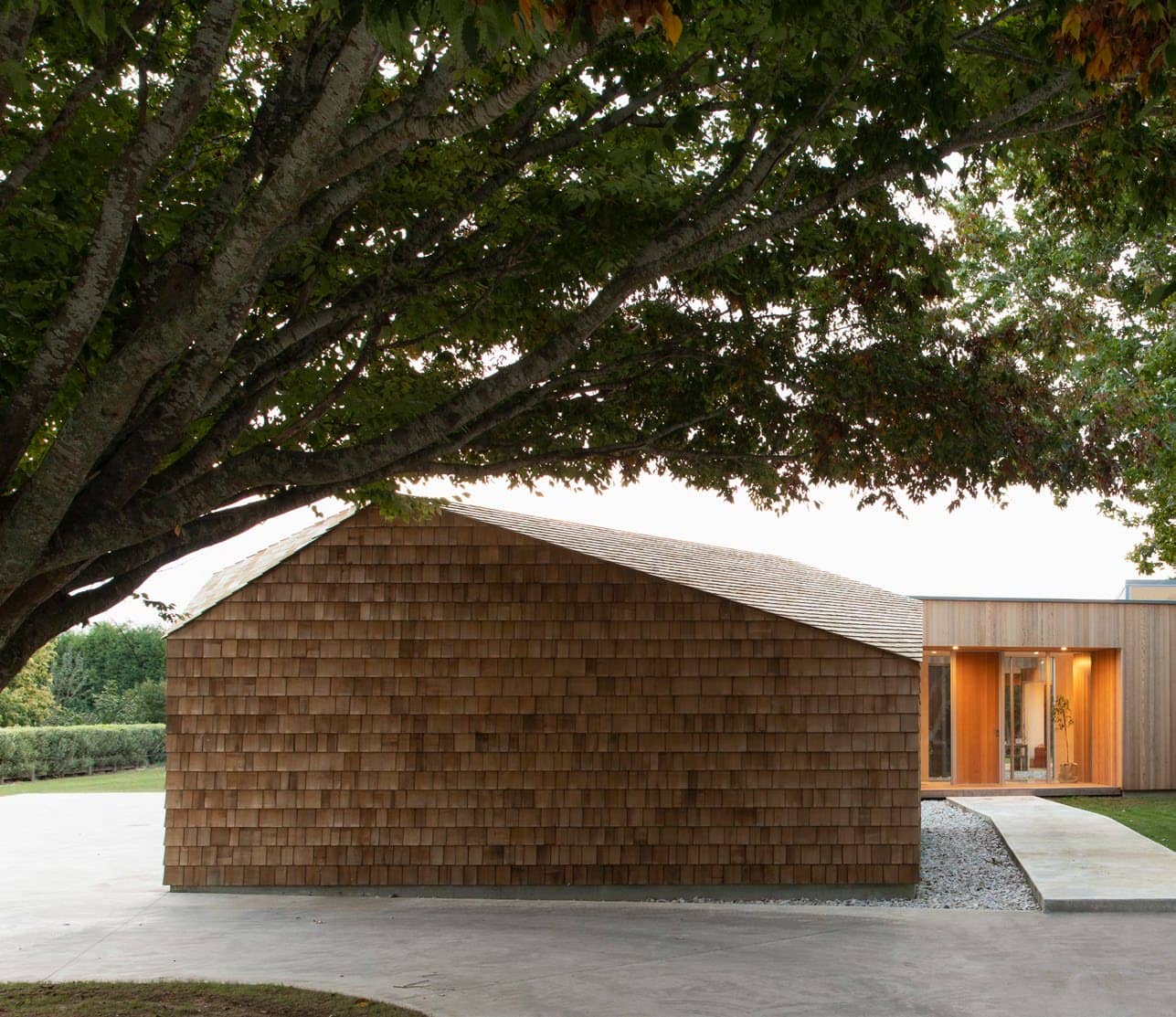