Ben Daly rehabilitates a farm building with a long family history on the Canterbury Plains.

When Ben and Dulia Daly moved back to Dulia’s home town of Christchurch, it wasn’t to the leafy suburbs and wide streets of the city. Instead, they moved back to her family farm, Arborfield, on the Canterbury Plains, a half-hour drive from the city – and into a shearing shed built by her father David Halliday in the 1960s.

Back when it was new, the shed was her father’s pride and joy, built to his design with an orange-painted steel frame on a concrete base and corrugated steel cladding. The design was typical of sheds of the day: about 80 square metres, split in two. The sheepshearing working half had an open-slatted floor and a series of ramps, chutes and gates, while the other half, divided by a low wall, was for recreation. 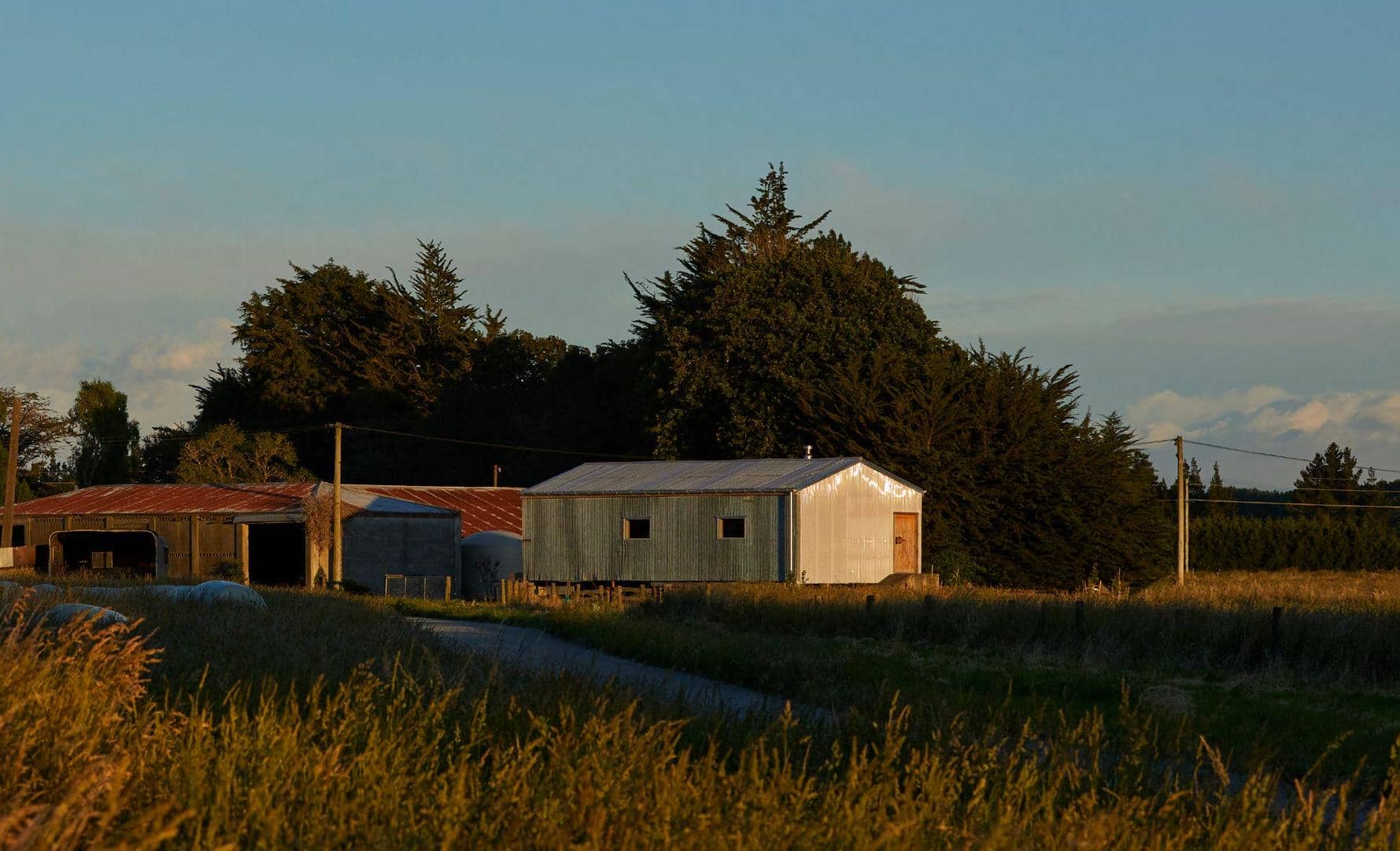 By the time the Dalys took it over, the place was in poor repair. Dulia’s father – who died when she was very young – had stopped farming in the 1980s, and the shed had stood unused for decades as the farm was gradually broken up and sold or leased, leaving the farmhouse and yards in family ownership. Underneath the shed were a dozen or so sheep carcasses and decades worth of sheep shit. A tree was growing up through the floor and out one side. 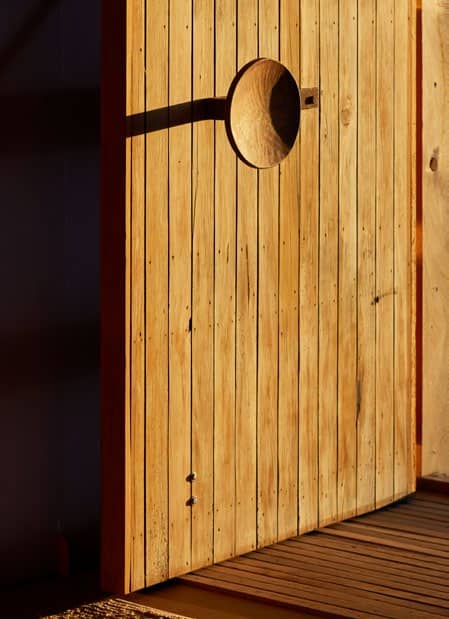 But it had two things going for it. At some point – and no one can quite remember why or how – the place had been consented for conversion to accommodation. And, despite decades of inattention, the structure was sound: the steel frame was solid, sitting on a concrete ring foundation that hadn’t budged through several earthquakes. “I was out here in some real wind and it just wasn’t moving,” says Ben, of the moment he realised the shearing shed could become a home for the family, which now includes daughter Hattie. 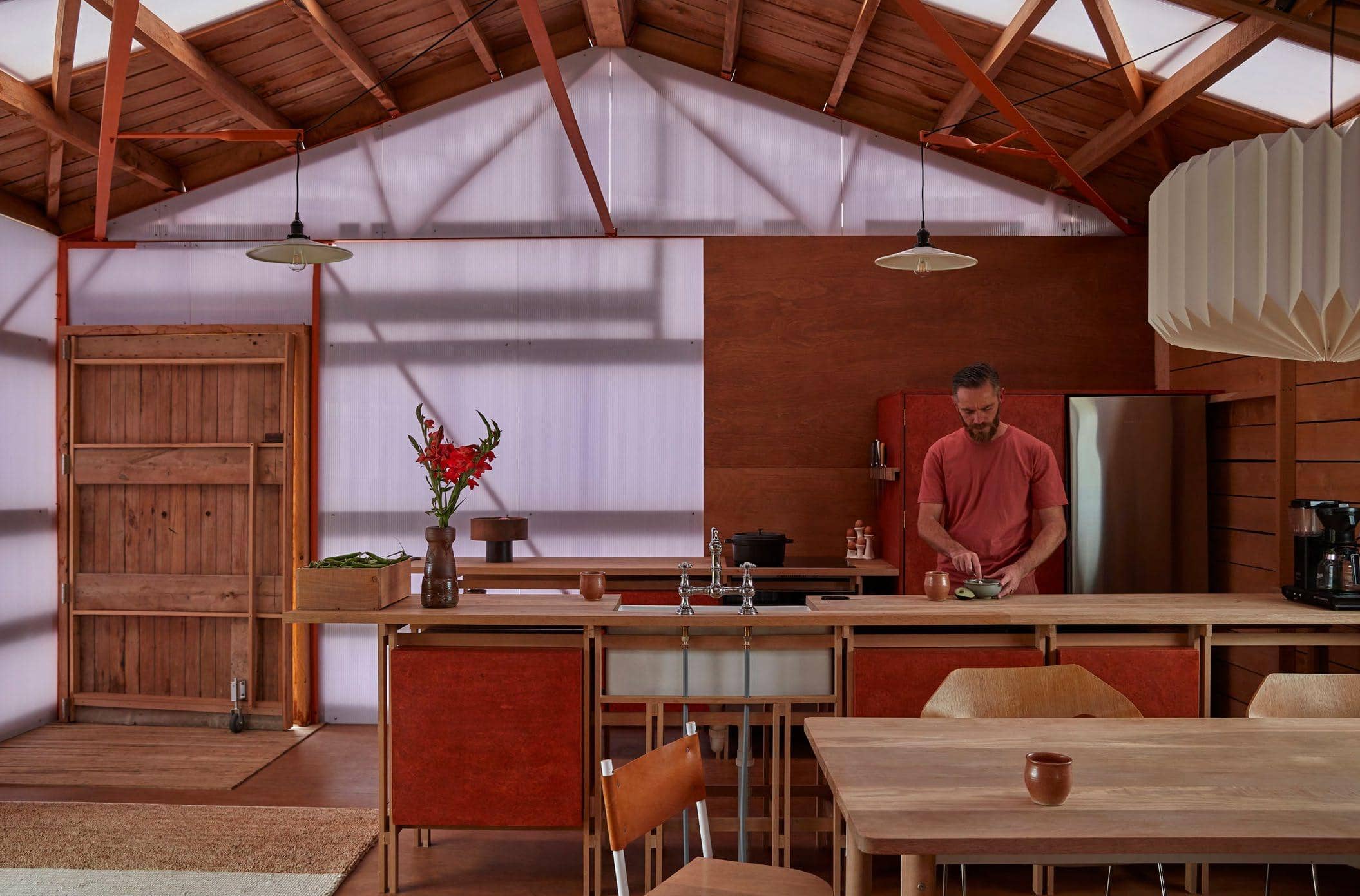