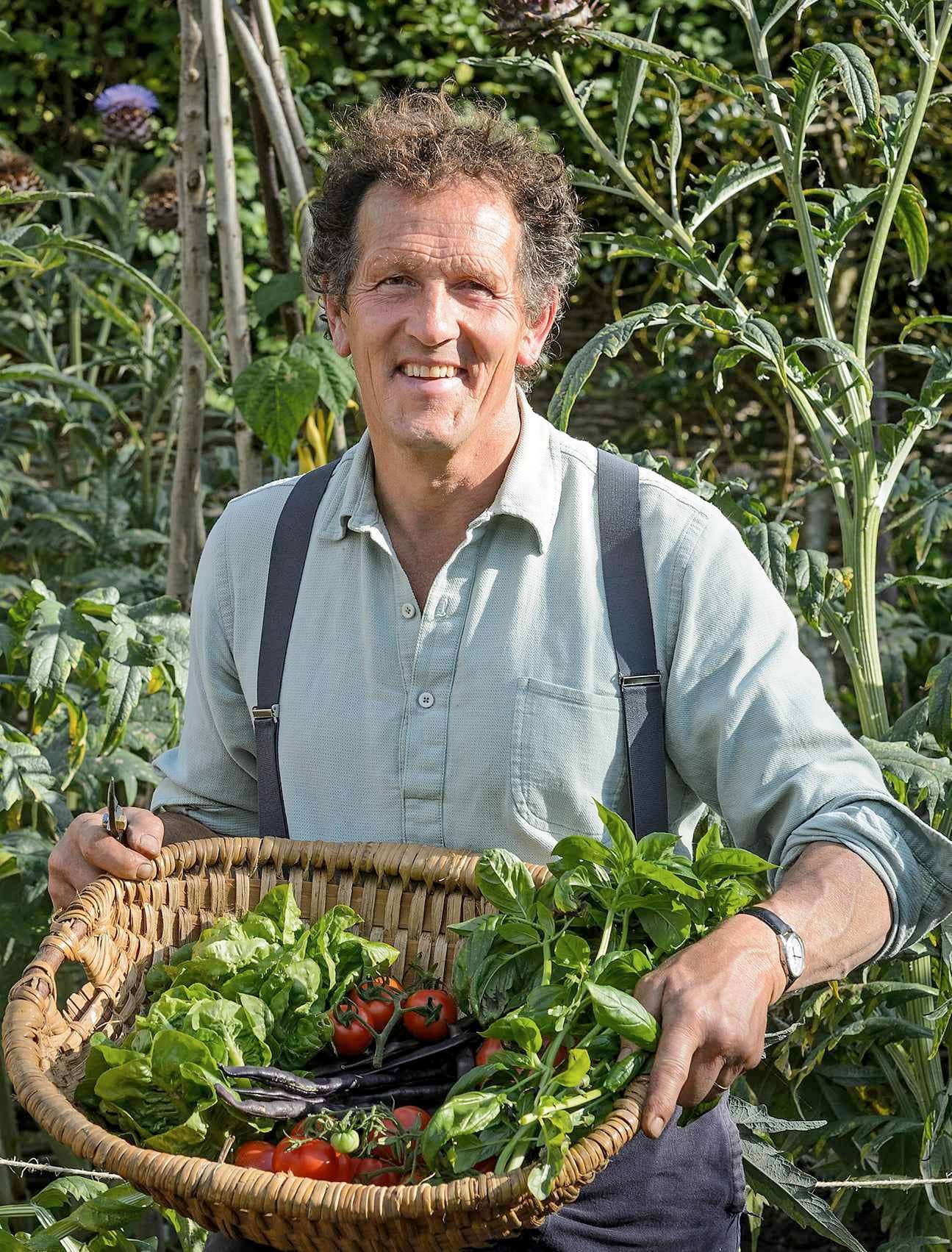 Celebrating the fruits – and veg – of his labours, Monty reveals how keeping on top of harvests now can increase your plot’s bounty.

The vegetable plot or allotment does not quite move to the same rhythm as the rest of your garden. Despite obvious seasonal arrivals – such as the first radish, peas and asparagus in early summer and the midwinter harvests of sprouts frosted solid on wrist-thick stems – the rhythmic waves of a vegetable garden are slower than that of many floral plants, and span the seasons.

So, when all is bursting with growth in May and June, there is a surprisingly thin harvest to be had. July has its own edible season of beans, salad crops, chard, beetroot and early potatoes, as well as a range of soft fruit of all kinds, all at their very best. August, however, is the time when the vegetable s e a s on turns. The accumulated heat of the previous weeks really starts to show in tender crops such as squashes, sweetcorn, Florence fennel and climbing beans – although in the first half of the month, these are rarely ready for much of a harvest unless you are very lucky with the weather or have a greenhouse or tunnel to force them along.

Mind you, courgettes are romping and doing that courgette thing of teasing you with the first harvests that seem so precious, and then bountiful, until very quickly it becomes just irritating, with the fruits ballooning into marrows if you so much as ignore them for a weekend.

This is the beginning of the harvest season in the wider, agricultural sense of the gathering in and storing of crops that have been a long time growing, rather than what my wife Sarah calls ‘marketing’, meaning walking round the garden with a basket, and seeing what looks good and harvesting, before taking it straight to the kitchen to turn into a meal (which, when she is cooking, is invariably delicious).