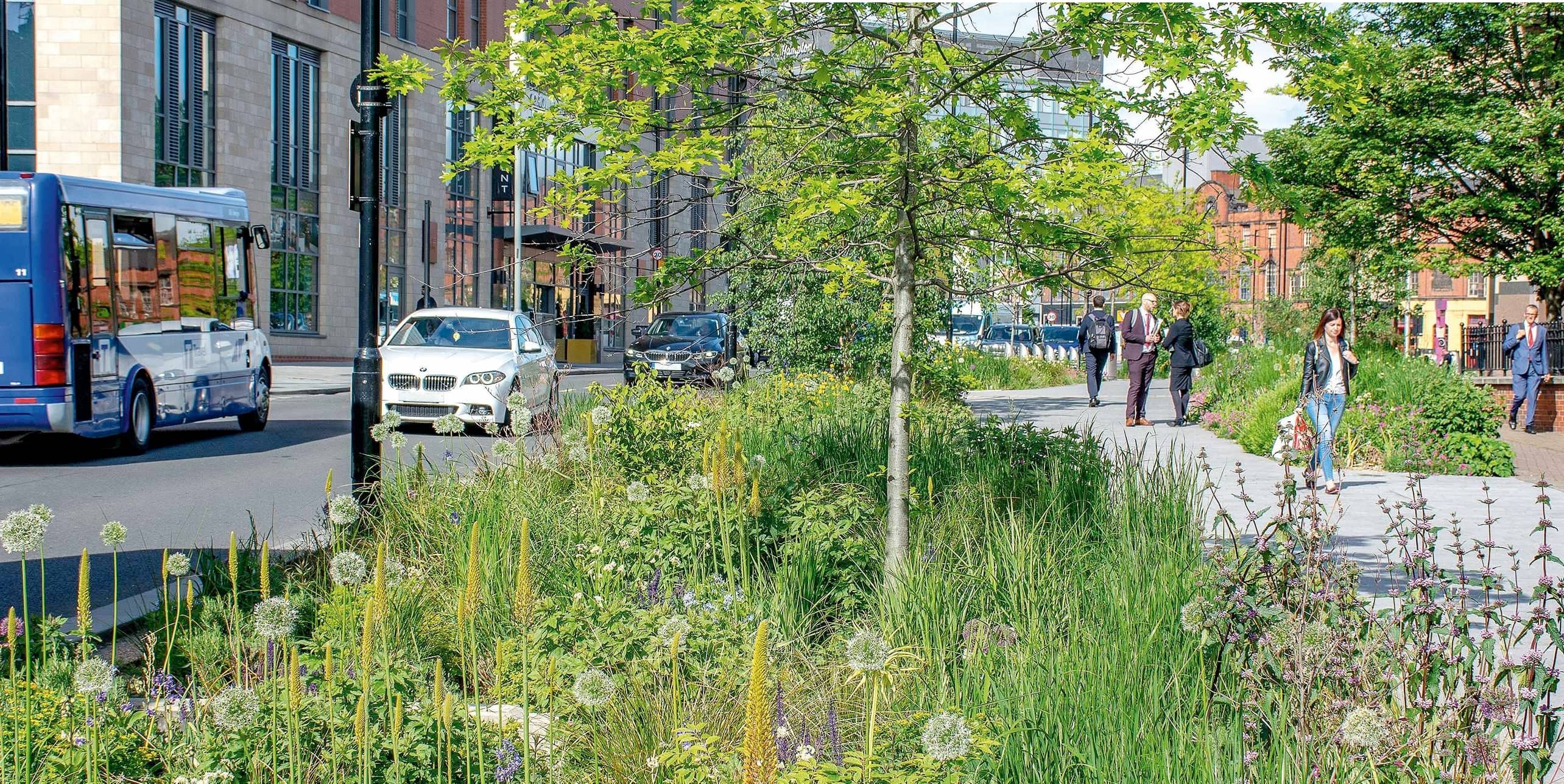 With city temperatures on the rise and air quality declining, plants and gardens are key to tackling air pollution. Nigel Dunnett explains why.

It’s official! According to a report out in July from the University of Liverpool*, the majority of the 10 most unhealthy areas to live in the UK are urban (most are in London). A crucial factor they share is a combination of high levels of air pollution, and a lack of gardens and green spaces. Worldwide, this is a major problem, with an estimated 90 per cent of people living in urban areas around the globe exposed to polluted air that exceeds health thresholds.

The largest culprit is motor vehicle emissions, the two main factors of which are particulate matter (PM) and nitrogen oxides (NOx). PMs are inhalable particles that are often bound to toxic, potentially carcinogenic chemicals that can be taken deeply into the lungs and bloodstream, while nitrogen oxides cause inflammation of the respiratory system and can aggravate asthma – children and older people are particularly susceptible.