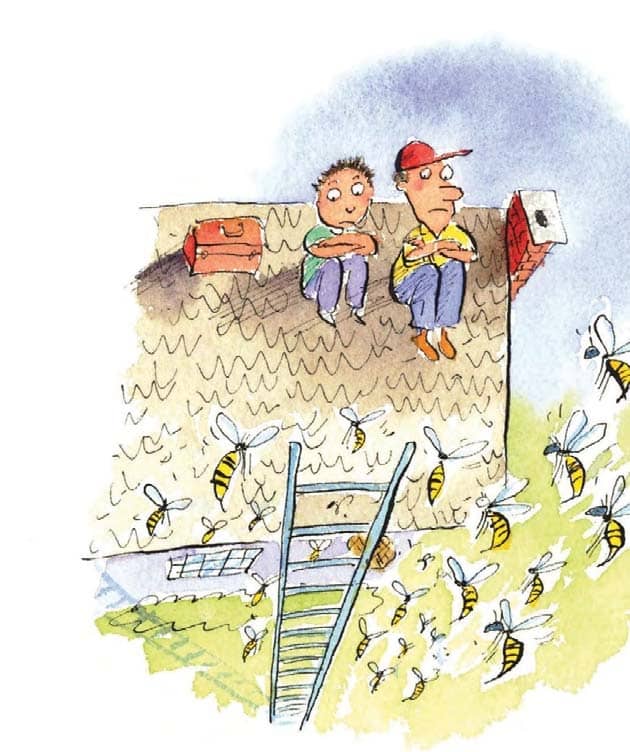 Laughs and lessons from our readers

My son asked me to help him install a new high-definition roof antenna. I followed him up the extension ladder, carrying everything I needed for the job. Halfway up, I realized that my son had disturbed a hornets’ nest behind the gutter, and they were coming out in force to see what the rumble was. Since it was too late to avoid them, I plowed right past, with only a couple of stings. But now we were stuck on the roof.

I could see the hornets swarming all around the ladder. We sat on the roof for about an hour, waiting for them to settle down, then I braved the swarm once again (two more stings) on the world’s fastest ladder descent. I moved the ladder so my son could get down without getting stung. But that night, I had the last laugh—me and that spray can of hornet killer.