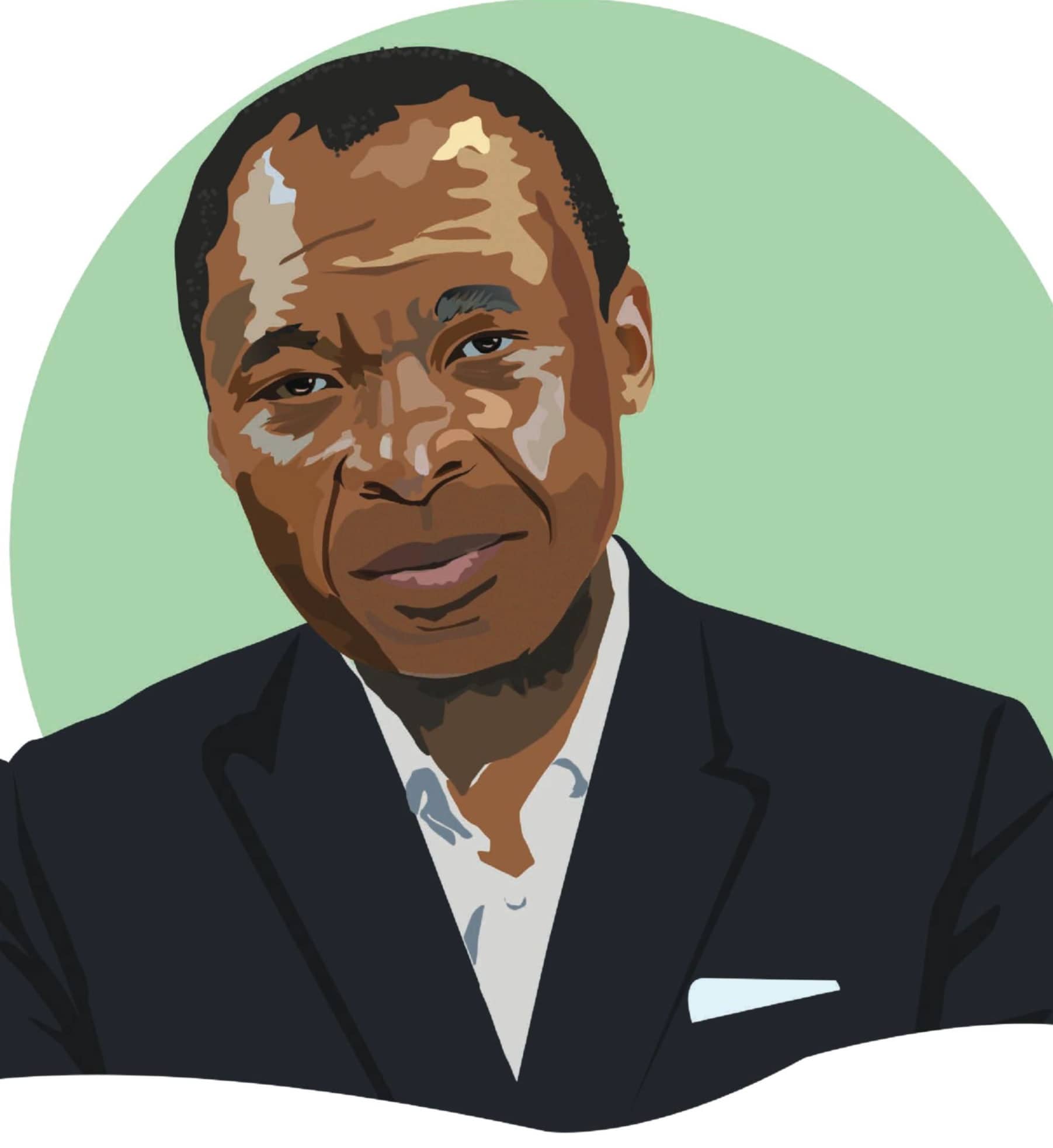 I find it extremely difficult to speak of Okwui Enwezor in the past tense, or to bracket his life within two dates: 23 October 1963 - 15 March 2019. To think that I will never again hear, over the phone, that distinctive baritone voice, its Nigerian and Commonwealth tonalities clear beneath decades of Americanisation: “Hel-LO RAN-jit San!” At some early point, I had begun to call him ‘Okwui-san’; and he, in turn, called me ‘Ranjit-san’. To think that I will never again receive any emails from that simple, precise, resonant address: ‘okwui@aol.com’. There was, indeed, only one Okwui. The news of his passing came in on 15 March, just as I arrived in Doha to begin installing a large-scale exhibition of M F Husain that I was curating for the Mathaf Museum. He had died in his sleep, in Munich, which had been his home for nearly a decade. Having followed the crests and troughs of his courageous battle with his affliction since early 2016, we — his friends and colleagues — had known for a few months that it would be a matter of time before he left us. But nothing can ever prepare anyone for the finality of death.

Providentially, the blow was cushioned because the two weeks I spent in Doha were largely spent in the company of friends in the Okwui circle: Shuddhabrata Sengupta, Jeebesh Bagchi and Monica Narula of the Raqs Media Collective, and Abdellah Karroum, Director of Mathaf. We spoke of Okwui; we revisited cherished moments spent with him; we dwelled on gestures or insights with which he had illuminated our lives. Continuing friendship and collegiality are among the happiest, most inspiring and sustaining outcomes of having known and worked with Okwui. It has been a blessing to journey through dialogues and collaborations with Raqs at Sarai-CSDS; with Ravi Agarwal, across a number of exhibition and conference projects; with Ute Meta Bauer, in Bergen and at the NTU Singapore; with Hyunjin Kim, who is curator of the Korean pavilion at the Venice Biennale this year; with Abdellah Karroum at Mathaf; and with Luz Gyalui, exhibition producer par excellence.

As the news spread and was gradually absorbed around the world, messages from friends kept coming in, and were received without complete acceptance of the fact. Among the first messages that came in on 15 March, one of the most deeply affecting messages, was from the Nigerian-American novelist and art historian Teju Cole: “My heart cracks for you on this day, dear Ranjit. Okwui was our leader, a full-strength beam; we shall not see his like again.”

And so he was — to a generation of writers, artists, curators and cultural producers that had crafted its trajectory through the twin forcefields of postcolonialism and globalisation, Okwui was our leader, with his distinctive laser-like intensity, indefatigable energy, the audacity of the scope and scale at which he worked. The title that he chose for his survey exhibition of the celebrated Ghanaian artist El Anatsui — co-curated with Chika Okeke-Agulu, and currently on view at the Haus der Kunst, Munich — ‘Triumphant Scale’, could with equal justice be applied to his own life’s work. Okwui was a visionary who transformed — indeed, transfigured — the domain of contemporary art. He gave us a new foundational event for a new chronology: there is contemporary art Before Enwezor, and there is contemporary art After Enwezor. In experiment after accomplished, assured experiment, Okwui opened up, emancipated and expanded spaces of practice, concept, discourse and history that had long been dominated by a lazy, arrogant, self-regarding and self-perpetuating canon shaped in West Europe and North America. In its place, he brought into play a series of shifting off-centres, regional theatres of activity. He emphasised under-regarded or eclipsed lines of cultural transmission and connection within the Global South, or entanglements across the Global South and North. He identified dissident positions within the Global North. His lesson was that the world was not a chessboard defined by simple, homogenous, mutually exclusive blocs — rather, the planet was constantly being inscribed and re-inscribed through mobile and osmotic zones of contact, encounter, and transfusion.

Vitally, Okwui argued that the locations that had previously been regarded as peripheries were emergent centres in their own right, working through plural legacies including colonialism and engaging with new challenges such as globalisation. As he demonstrated through a series of exhibitions, conferences and festivals across more than two decades, these ‘off-centres’ played a key role in what he memorably described, in the catalogue of the 2nd Johannesburg Biennale (1997), which he curated, as the “transcultural, transterritorial, and transnational narrative of the human enterprise.” That was the disruptive, self-assertive, world-changing energy that thrummed through his grand productions: among them, documenta_11 (2002), the 2nd Seville Biennale (2006), the 7th Gwangju Biennale (2008), the yearlong Meeting Points 6 that traversed Berlin as well as Damascus, Tangier, Berlin and other cities in the Mediterranean zone (2011), and the Paris Triennale (2012), as well as the various projects that he developed as Director of the Haus der Kunst, Munich.