The Neelkanth Mahadev Temple Of Alwar 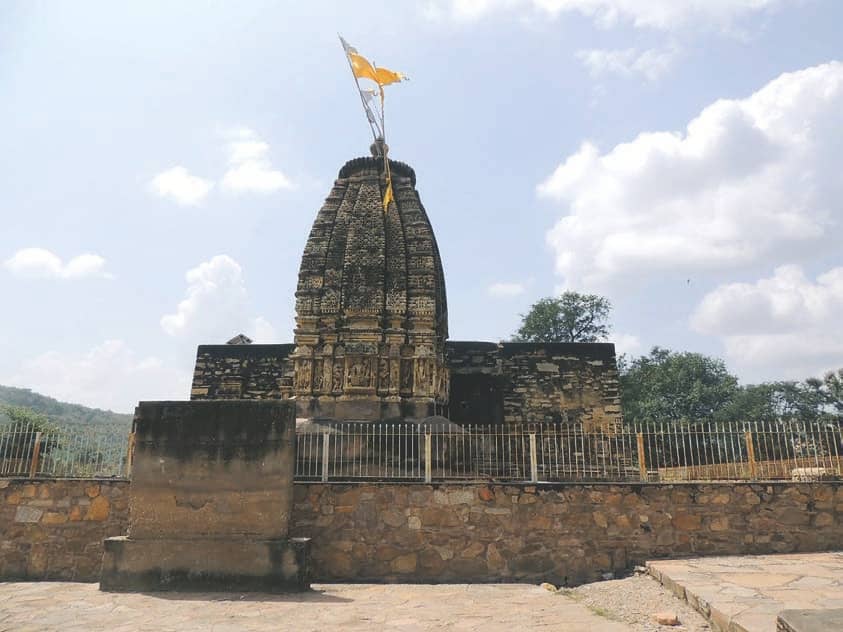 Located atop a hillock in the Alwar district of Rajasthan, the Neelkanth Mahadev Temple is dedicated to Lord Shiva. Unassuming at first glance, the structure is expansive — comprising three shrines, elaborately carved doorways, and inscriptions

Deep within the Sariska National Park, in Alwar, Rajasthan, a winding road, little more than a rugged path, leads to a small settlement atop a hillock. Nearby, in a clearing amidst the fields, stands the Neelkanth Mahadev Temple. At first glance, the temple appears to be a simple structure, with a single sanctum, the outer walls covered with sculptures, and a spire towering above. From the front, the view is even more modest, the most striking feature being the two intricately carved pillars of the porch. 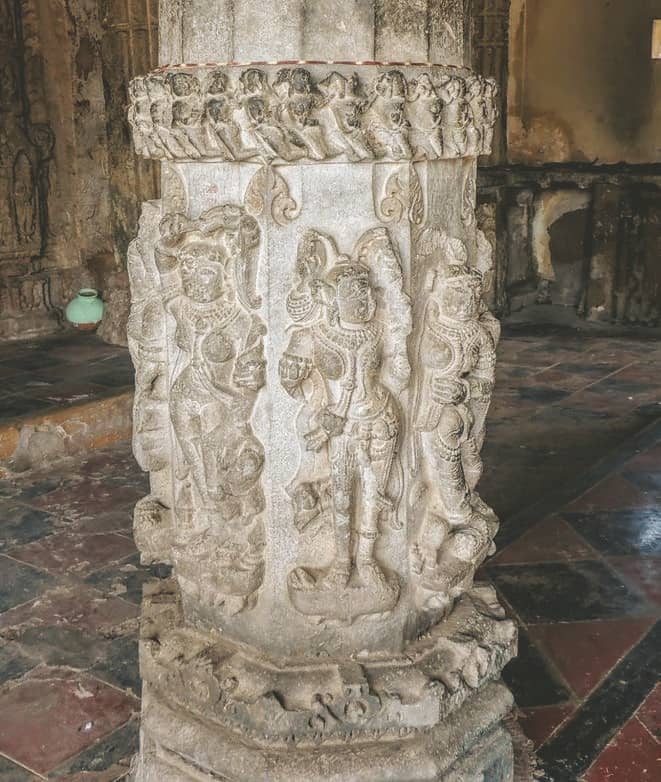 The porch, in turn, opens out to the Rangamandapa, a four-pillared hall leading to not one, but three shrines. The central shrine, facing west, is the only one intact. The sanctum holds a Shiva Linga, the aniconic representation of Lord Shiva, which is in worship. The shrine itself is simple, without any decoration or carvings on the inside. The doorway, however, is elaborately carved, with five deities on the lintel — a Dancing Shiva in the centre, flanked by Brahma and Ganesha on one side, and Kali and Vishnu on the other. On the doorposts are carved six Matrikas, three on either side. 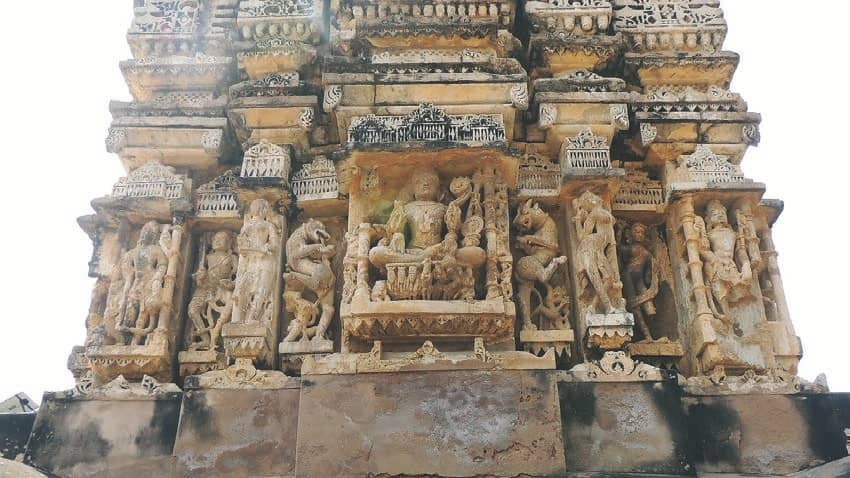