The Emblem Of Sprawl 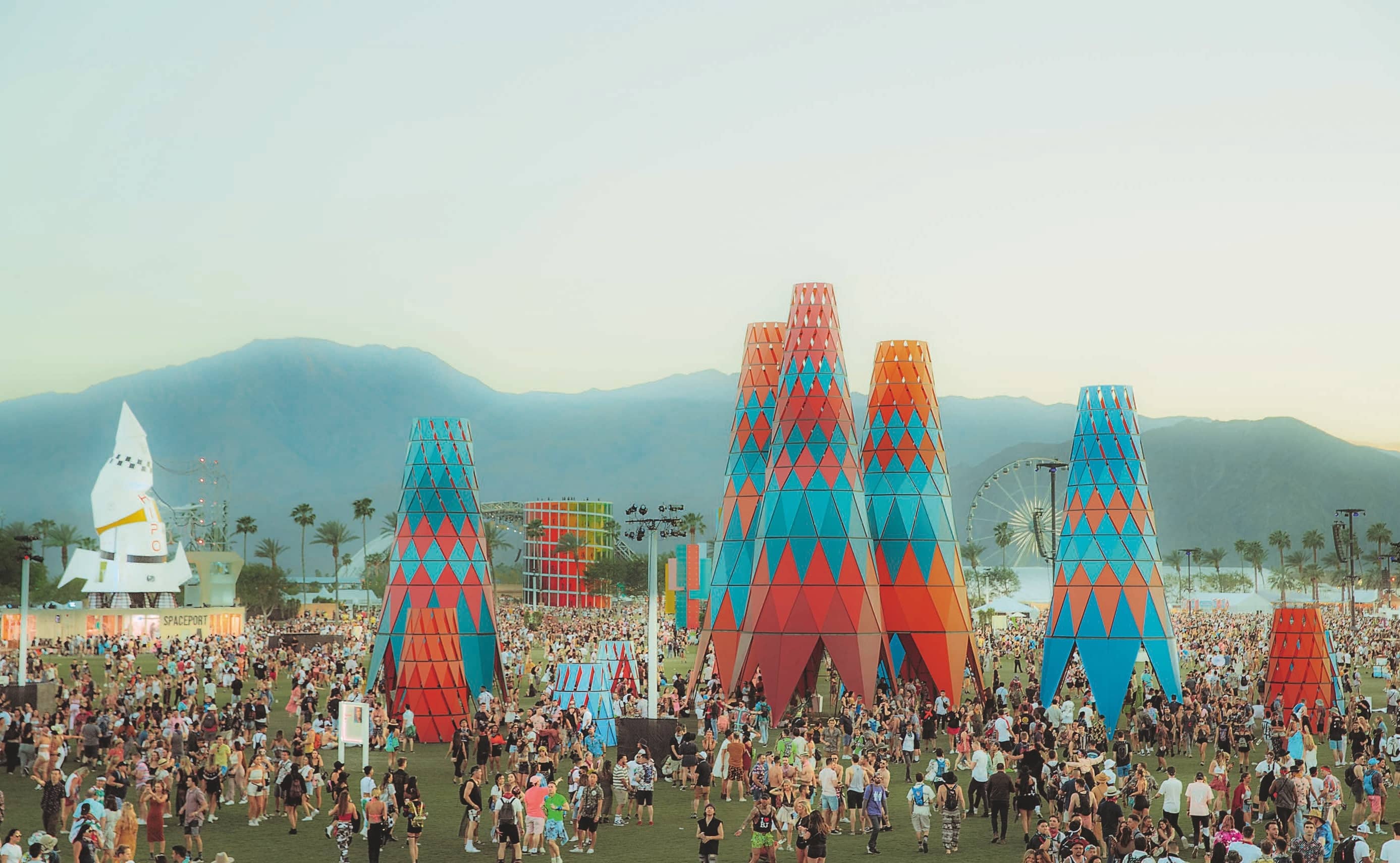 As I drove through the sprawl that has now completely filled the Coachella Valley, all the way from the Chiriaco Summit and the Salton Sea to the east to the narrow passage between Mt San Gorgonio and Mt San Jacinto to the west, traffic flowed smoothly past gated subdivisions, corner shopping malls and an occasional miasma of hospitals or community colleges. The broad roads leapt over canals and curved with respect past the richer, lusher developments where money had deformed the endless grid. 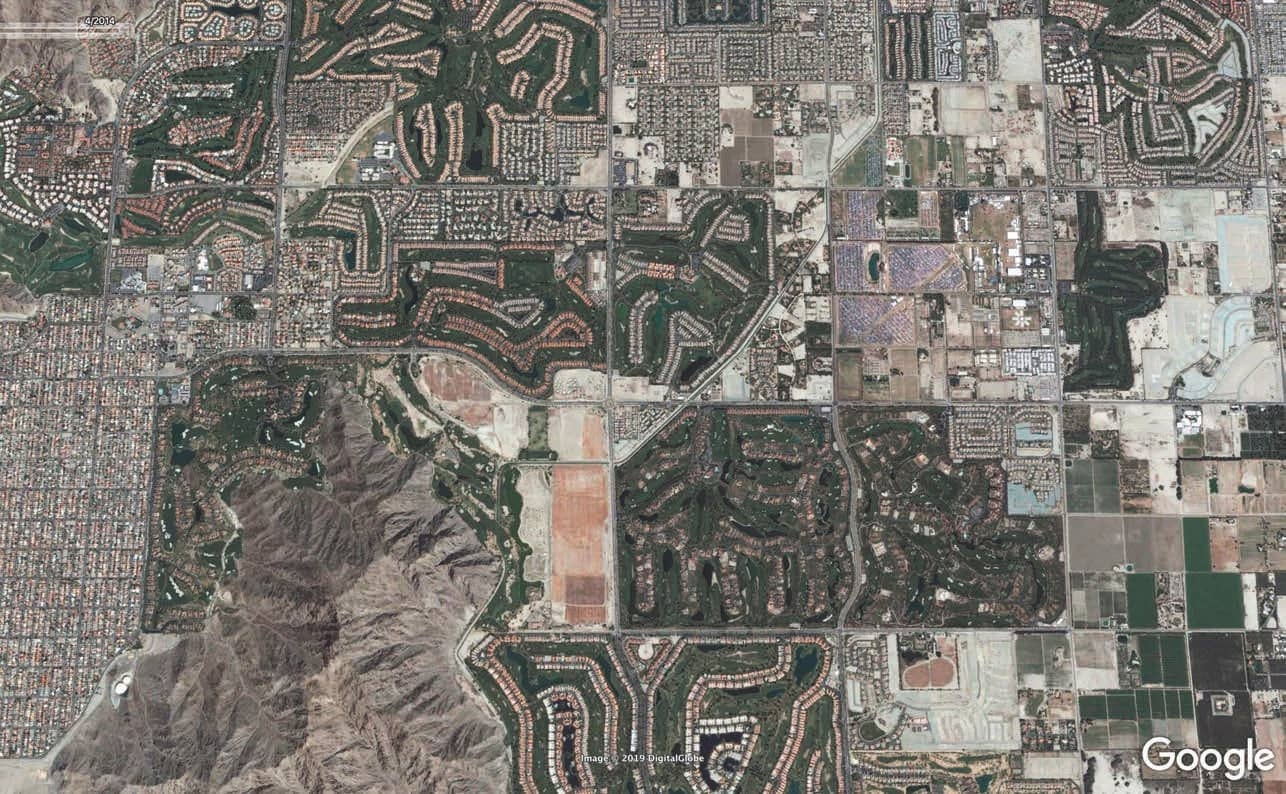 Then, bit by bit, the traffic slowed; more and more buses — otherwise an exception in these suburbs — appeared and eventually everything stopped. Another anomaly arose: throngs of people on foot, winding their way on whatever bit of road, dirt or vestigial sidewalk was left between the four to six lanes of traffic. Guards that usually sat in their entrance booths or airconditioned control rooms now stood at the entrances to the subdivisions behind police barricades. Real cops appeared, sorting VIPs from the hoi polloi, campers from the Ubers and passenger cars. 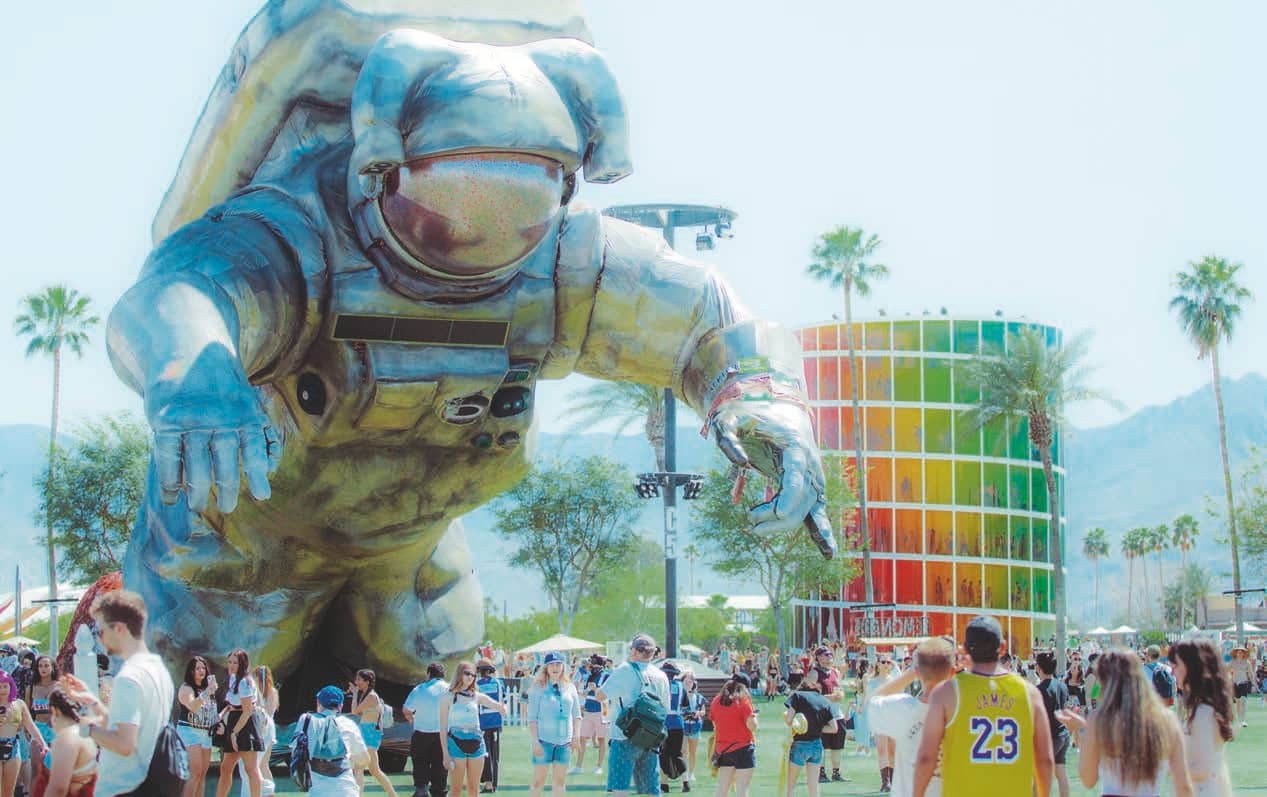 Finally, vast parking lots emerged, as dusty as the desert that this still is, and you had arrived — or had come as far as my car, that protective vessel native to suburbia, could take me. A mere half-hour walk away was bliss, release and thumping music: the Coachella Valley Music and Arts Festival.