From 3D printing to robotic fabrication, cuttingedge technologies have already been adopted by the global construction industry. These seemingly futuristic tools, however, will find a foothold in our everyday lives as anything but exotic. Instead, even the most radical technologies will be absorbed into our daily routines as practical methods of DIY repair and small-scale renovation. In the process, digital innovation may spur a return to a pre-modern ethos of community sharing and collective labour, as residents network their printers to produce new designs together or reuse architectural debris to collaborate on future projects. These behaviours are the social infrastructure through which advanced tools will be welcomed into our lives, and they are an overlooked yet important part of today’s design conversation. The urban future, we might say, will be performed with our friends and neighbours. 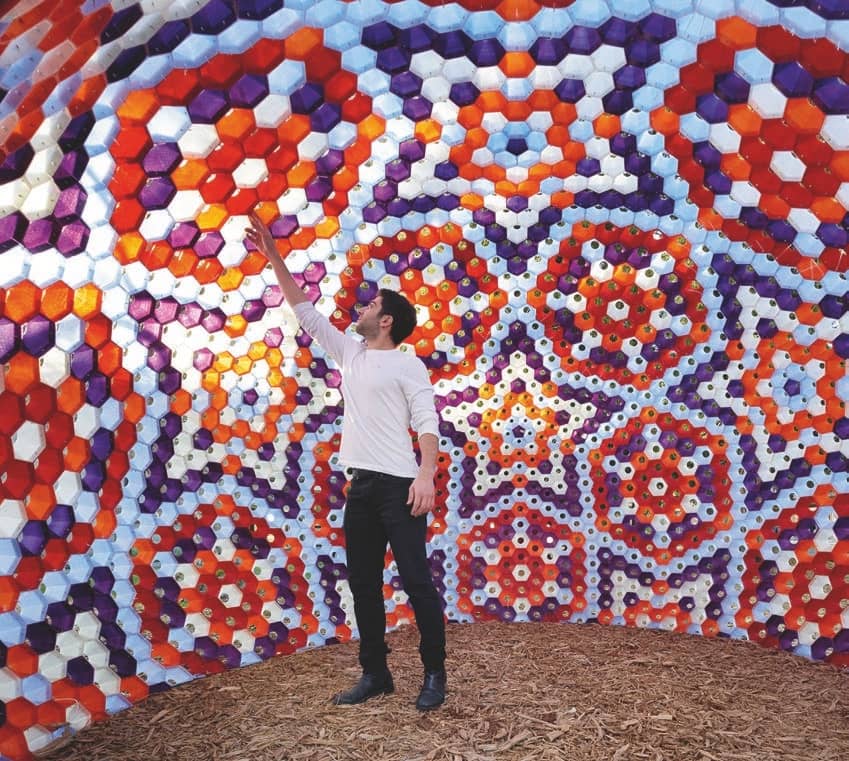 Consider the Star Lounge, a recent project by Emerging Objects, a Berkeley-based design start-up founded by Ronald Rael and Virginia San Fratello. The Star Lounge explicitly emphasises the social context of 3D printing. Rael and San Fratello’s approach was to use a hive of desktop printers, each tasked with producing a small, assembly-ready modular panel. The duo described this approach as using a “BotFarm”, in which one printer’s individual output would, in effect, be worthless, but, taken together, amounts to a new, distributed construction technique. 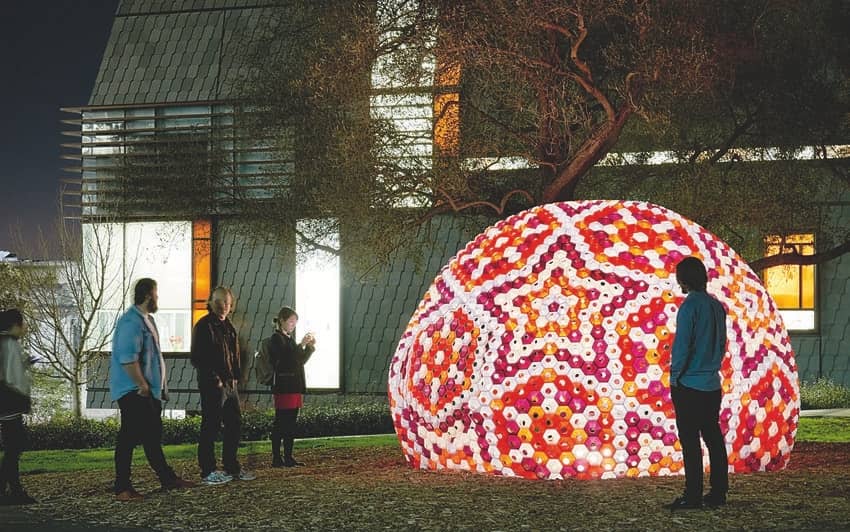