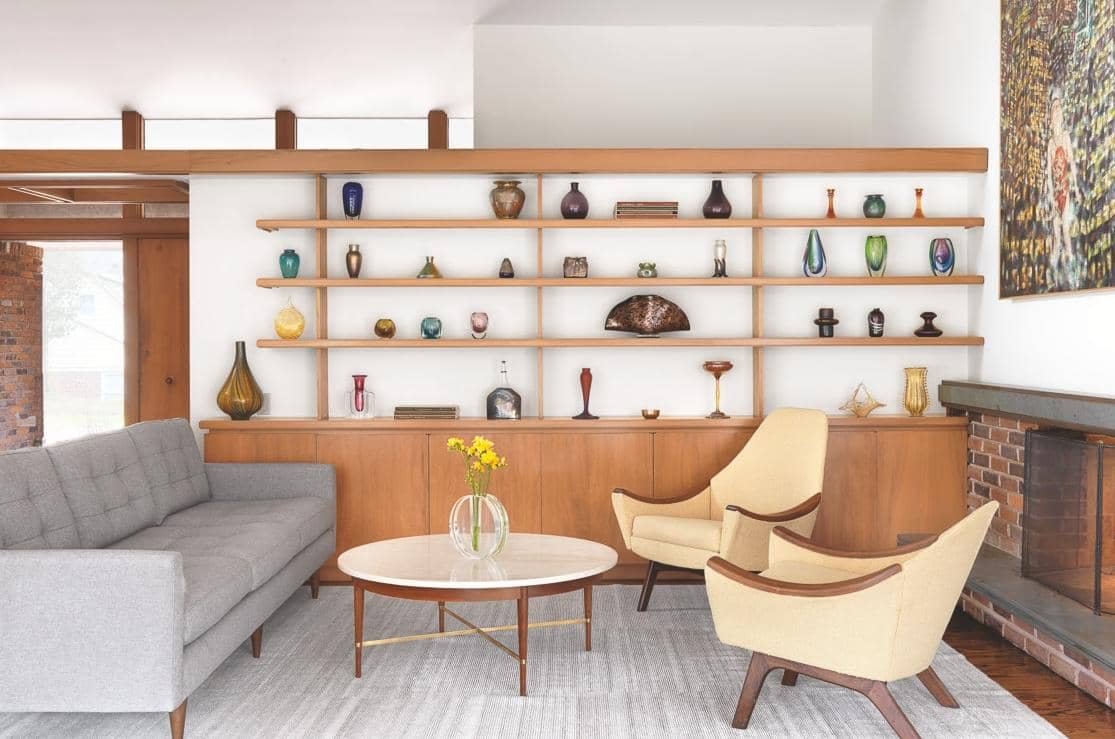 I knew this was the house I wanted,” says attorney Mitch Margo.

Margo’s no stranger to historic homes. His first house was a three-story Victorian townhouse in Lafayette Square. After marrying, Margo and his wife, Karen Margo, moved to Clayton’s Claverach Park neighborhood, listed on the National Register of Historic Places. When Karen was diagnosed with early-onset Alzheimer’s disease, and once she needed to be placed in a memory care facility, Margo elected not to remain in their home. 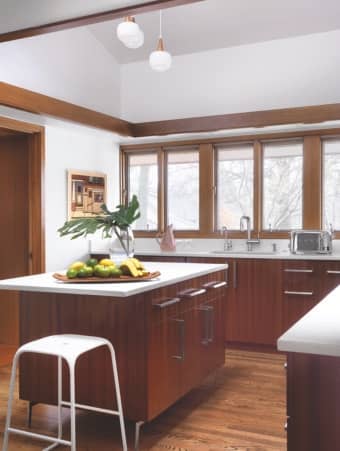 “I wasn’t old enough for a condo yet,” he says, “and a balcony wasn’t enough outdoor space.”

Margo, who had long admired the clean, sleek lines of Midcentury architecture, decided to seek out that style.

“When I was a young lawyer, my mentor was Martin Green. He lived in a Bernoudy home, and one of our clients was Bill Bernoudy, and his wife, Gertrude,” Margo says.

Now Margo is the third owner of the Bernoudy home, which is known as the Kaplan House and named for a local psychiatrist and his wife. The home’s second owners meticulously preserved its original architecture and details, as well as the blueprints, which they handed on to Margo.

Unlike the rest of the house, the kitchen, still in its original condition, was not conducive to modern living.

“Back in 1961, kitchens weren’t nearly as important as they are now, so it was more pedestrian than the rest of the house,” he says.