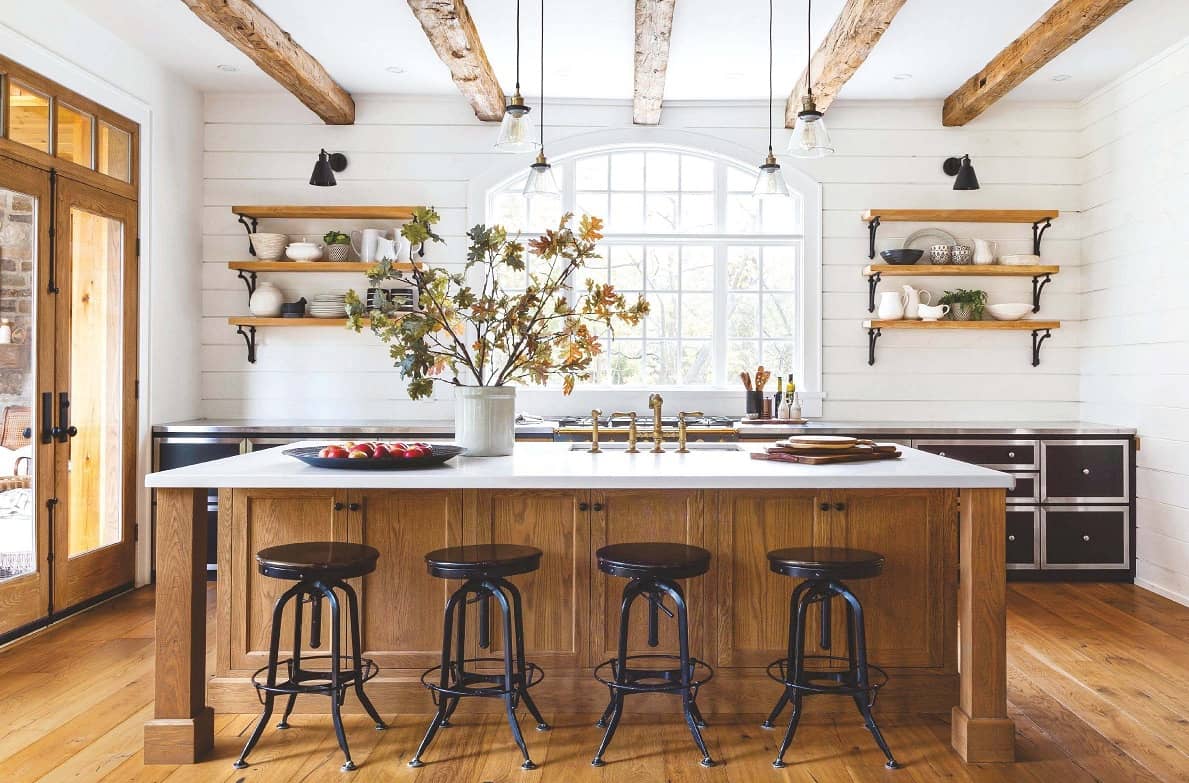 Lynne and John Raimondi built their stunning home to make the most of the waterside views, using reclaimed beams and local stone to enhance the rustic feel

Lynne and John Raimondi didn’t have far to go to find their dream plot. Three minutes from their previous family home, a plot came up for sale that was too tempting to resist. ‘We had spent five years building our old home, but this was a much bigger plot with more privacy, positioned in a bay of the lake,’ says Lynne. Lake Simcoe provides much of the focus of family life and the couple were able to exploit their new position by building a dock from which they could sunbathe, and where their watersports boat is moored. ‘We try to get out on the lake wakeboarding and tubing as much as we can,’ says Lynne. 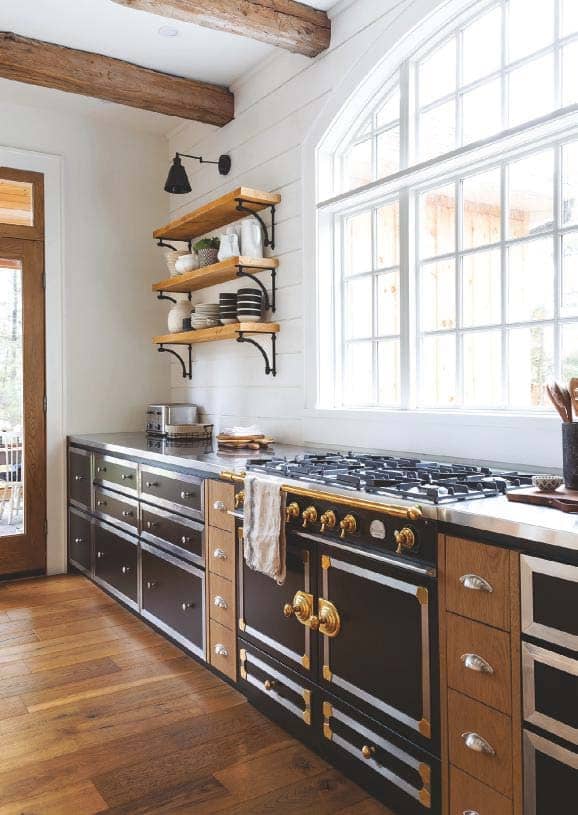 Once the four-acre plot had been purchased, John, whose company Meridian Design Build constructs lakeside homes, was in his element. The couple were keen not just to create a replica of the traditional homes of the area, but to summon the mood of a farmhouse with an unexpected industrial twist. This scheme is most obvious in the ‘great room’, which combines kitchen, dining and living rooms. For the living area, a wood burning fireplace and floor-to-ceiling windows looking out toward the lake were non-negotiables. ‘I was not prepared to compromise on those,’ Lynne says. Rustic beams were sourced from a 125-year-old barn, and local stone has been used to add texture to the fireplace.