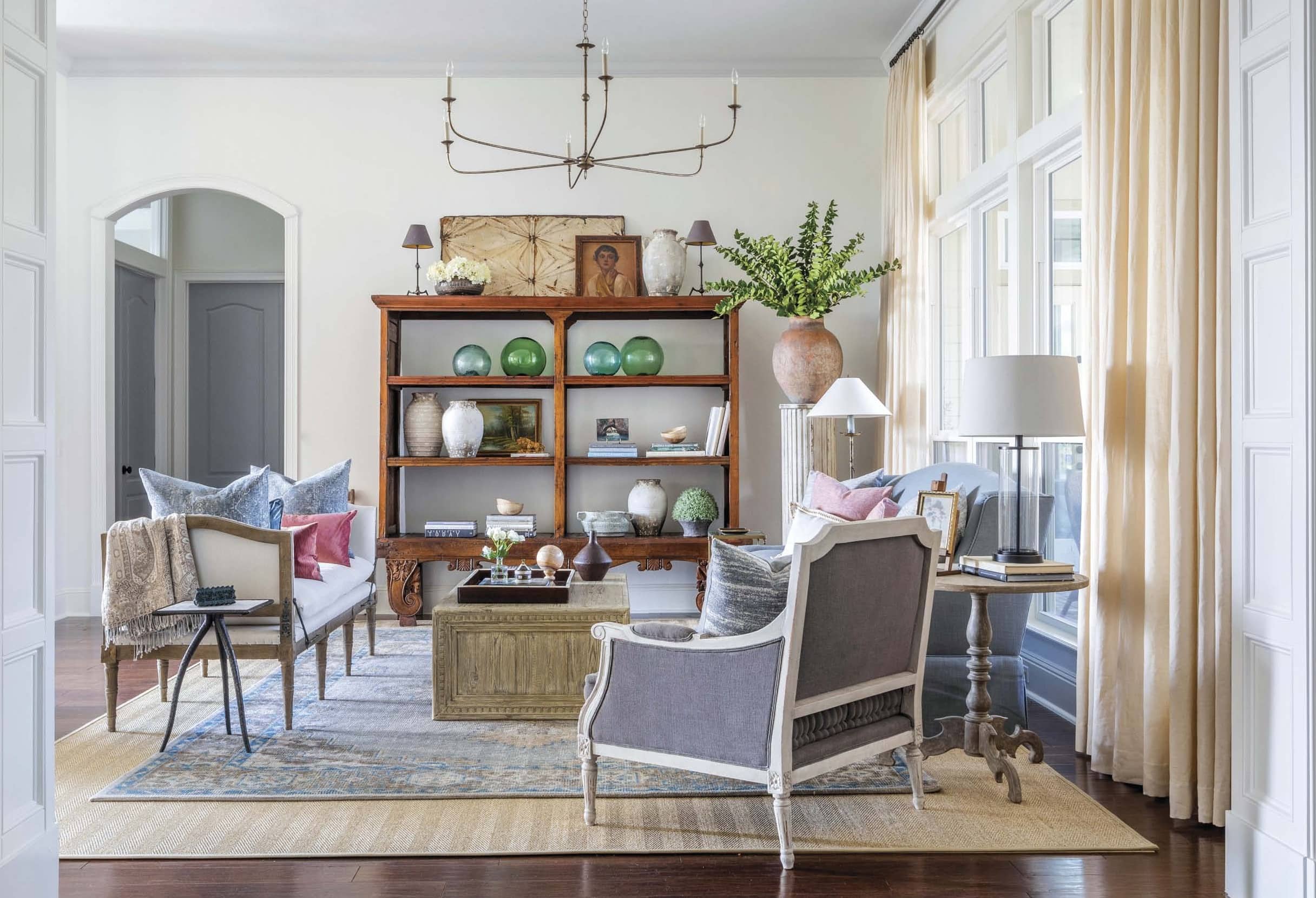 A gray-blue river of color runs through the interior and exterior of this home, acting as both a neutral and accent color.

Gray has seen its popularity in the household color palette ebb and flow in the past decade. Some homeowners who quickly added it to their kitchens and baths when it was the hot new trending color are now considering something softer or more dramatic. But make no mistake: Gray doesn't equate to a gray area in home decorating. As this home styled by interior designer Brian Conover illustrates, there are variations of gray that can act as accent colors as well as neutral backgrounds to great effect. 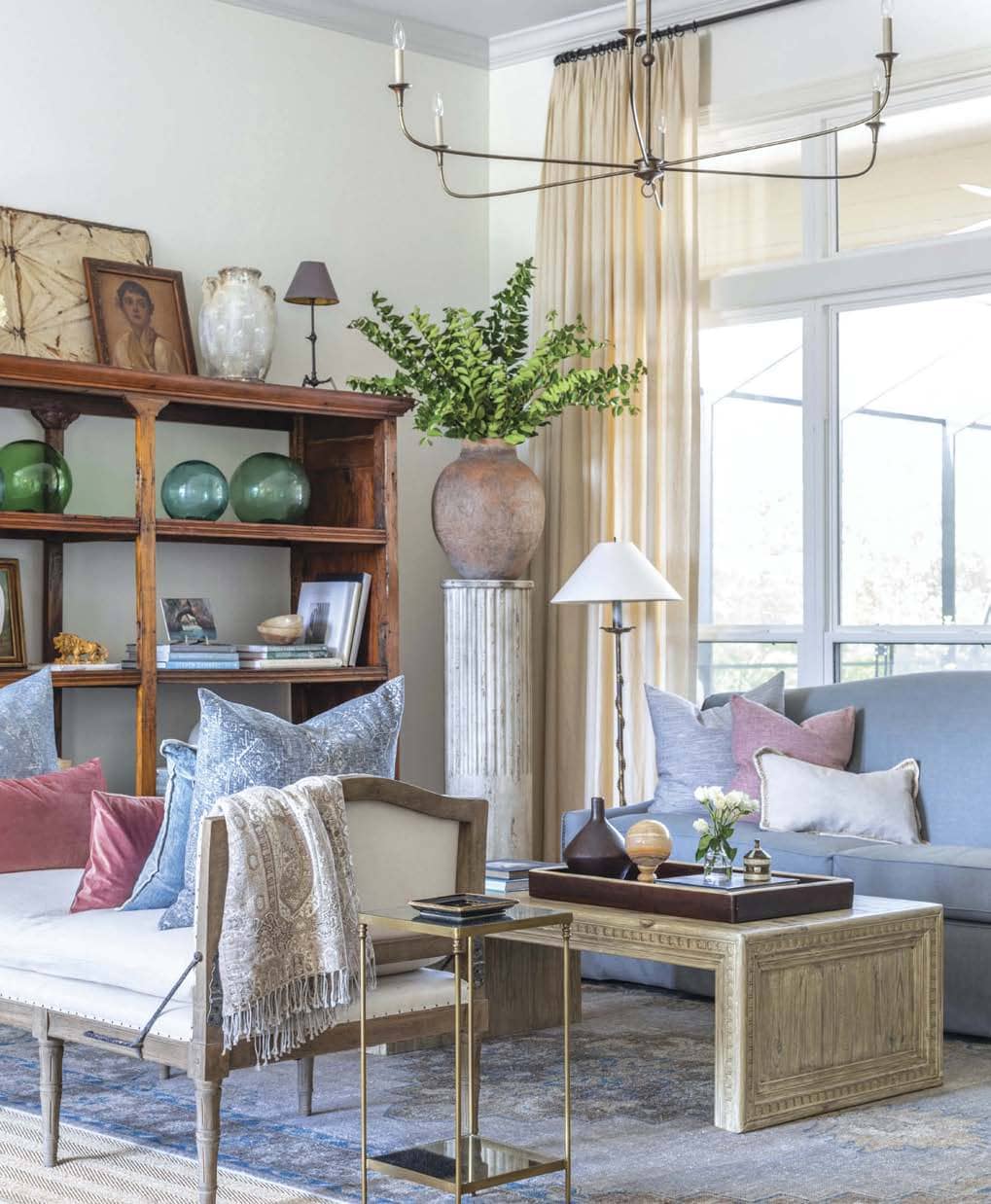 Homeowners Molly and Michael White wanted a property away from the crowded neighborhoods of the Gainesville, Florida, area, where they work as doctors and raise their four children. This led them to discover a large plot that had once been part of pasture lands on the outskirts of the city. It was the perfect place for them to set down their roots and build a foundation for their family home. When it came time to decorate their dream home, Molly and Michael wanted to find a professional designer who could turn it into the perfect setting for both family time and hosting guests. “When I was introduced to them by a mutual friend, the timing was serendipitous as the home had been constructed for about a year, yet they had not been able to have the decorating completed,” Brian explains. Soon after, he was hired by the Whites as their designer. 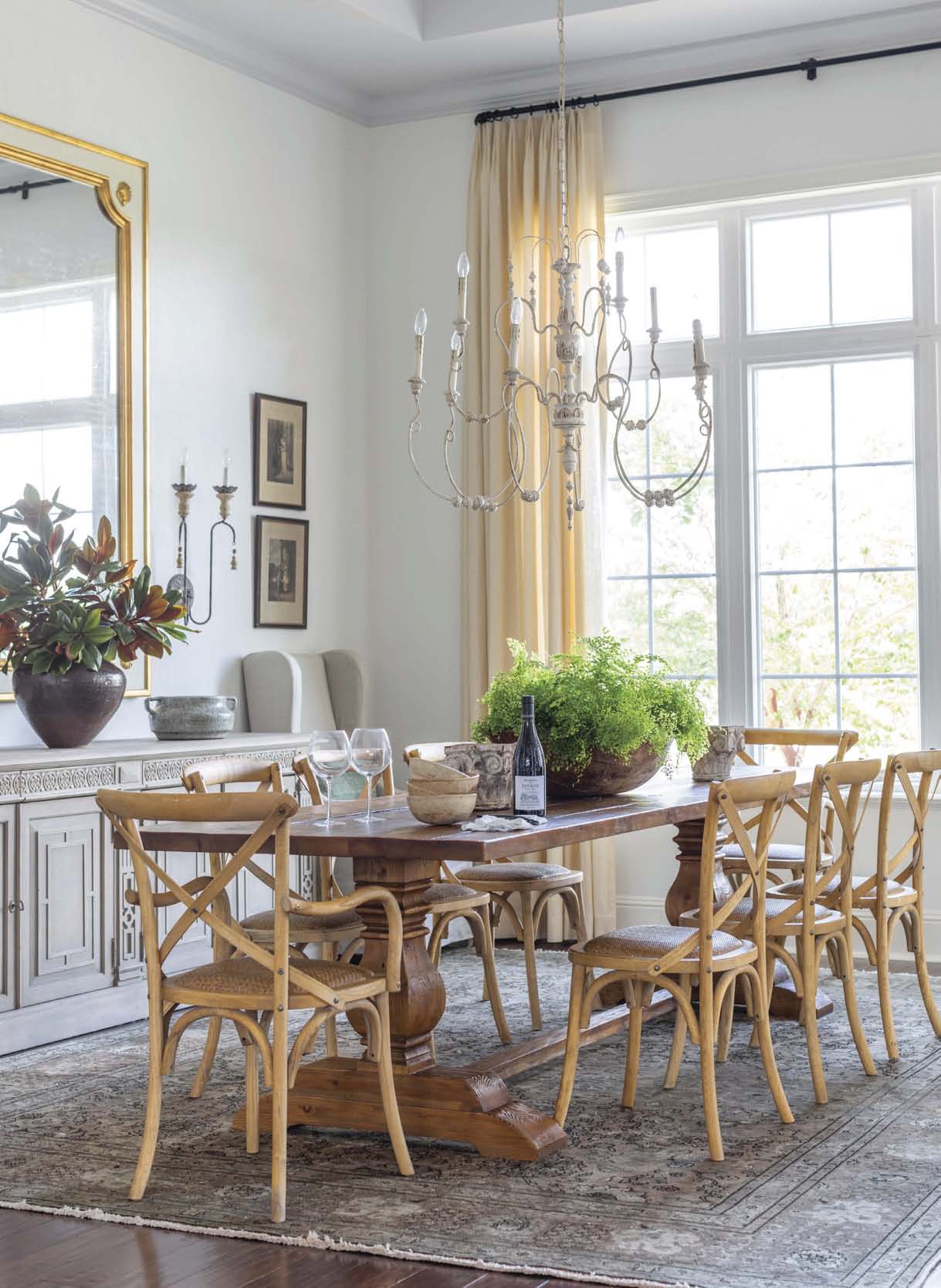 Brian’s first impression of the home was that it had a great flow that had not been fully realized by the furniture layout. The architectural style of the Newberry, Florida, home is French romantic. Built in 2017, it includes five bedrooms, four full baths and two half baths. Since the Whites did not have a specific vision or requests for the room designs, Brian shared sample designs with them to determine their preferences. “Originally, they were not sure exactly the direction they wanted to go, but after speaking with them and showing them examples of designs, we were able to hone in on a feel for each space. They were attracted to light and airy yet comfortable rooms; they liked the layered, collected look; they preferred colorful yet subtle palettes and they wanted their home to be functional for their children as well as for entertaining, as they host many work and family gatherings.” 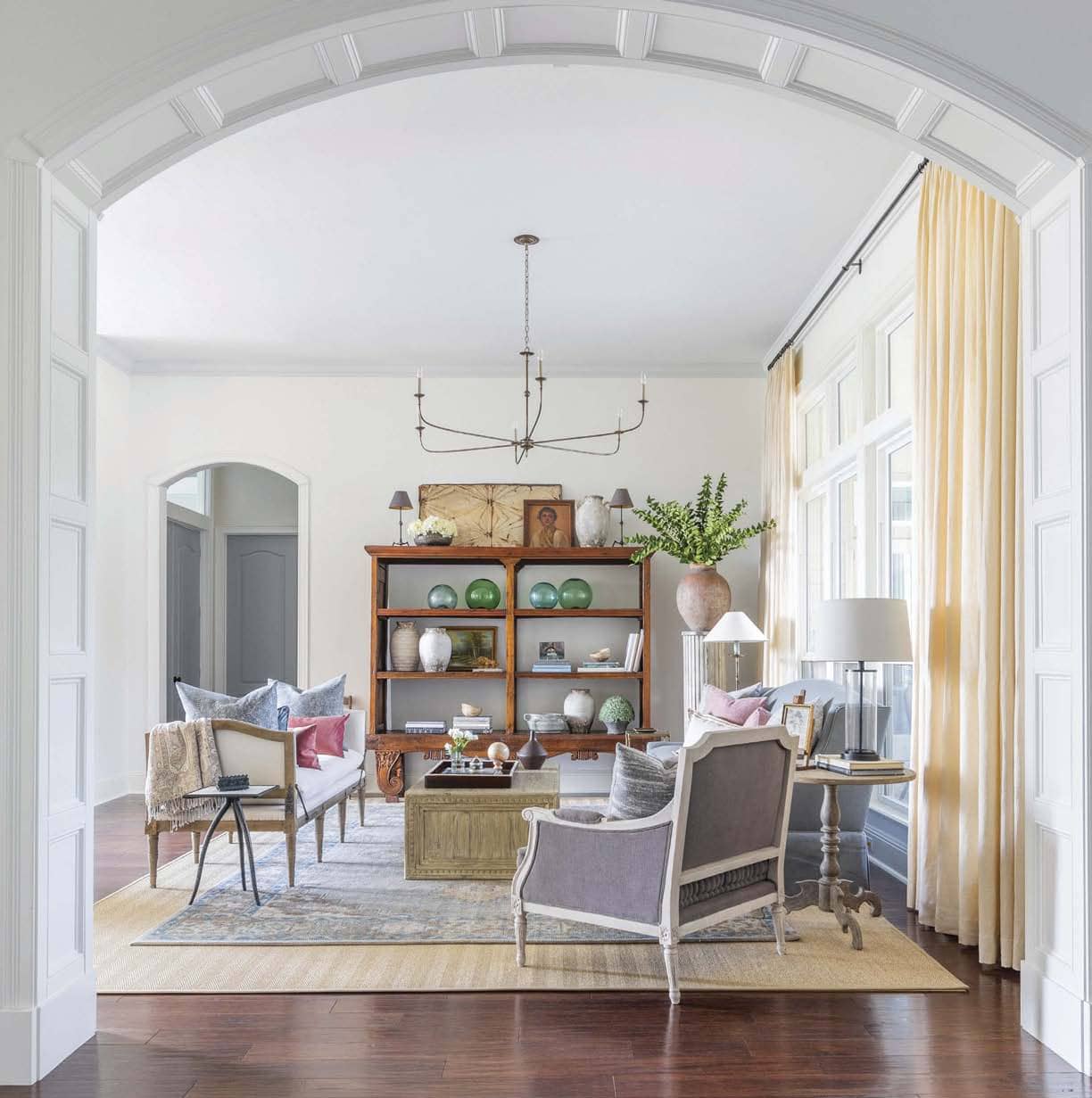