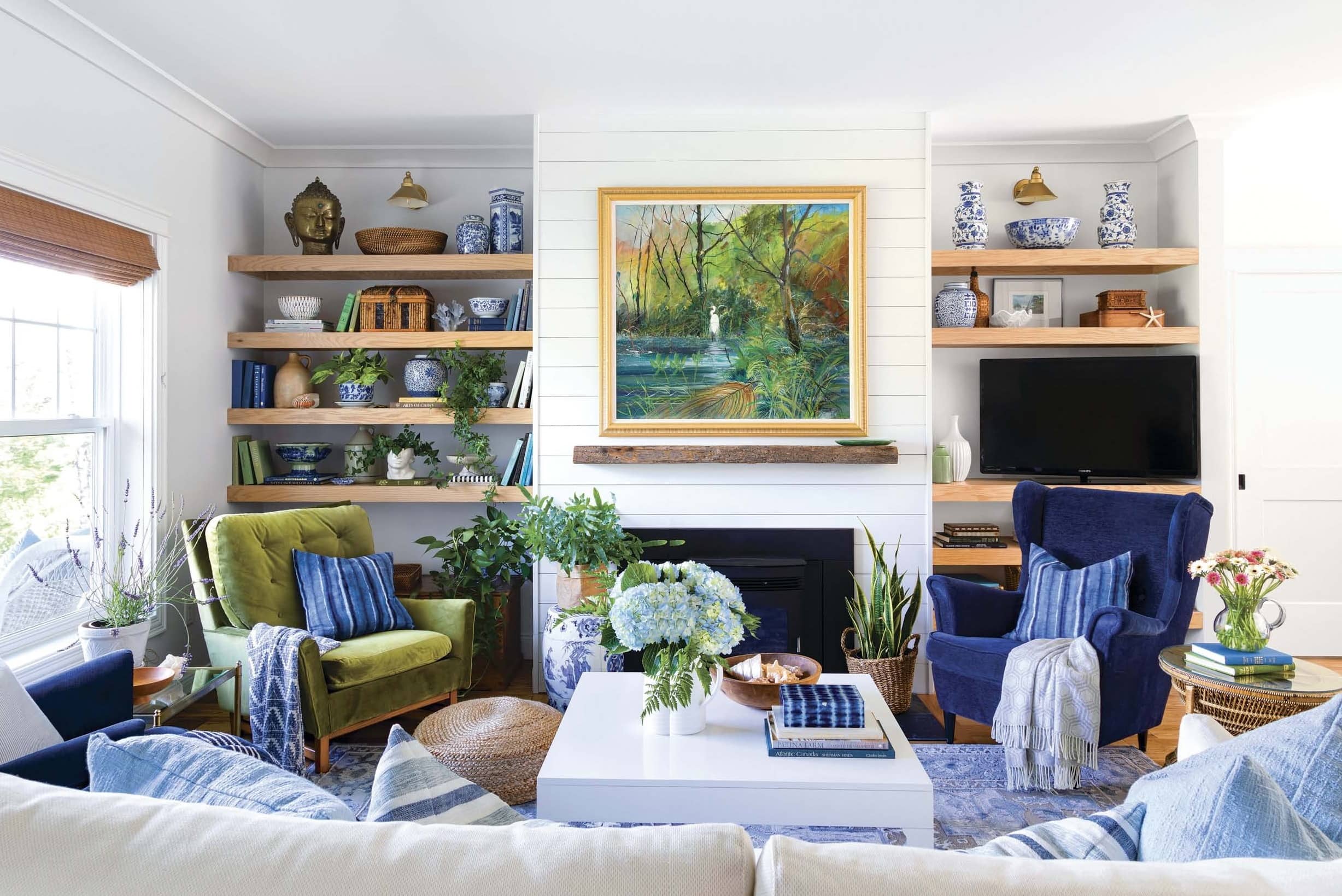 This custom-built cottage in New Brunswick is a comfortable and calming oasis filled with collected memories and one-of-a-kind pieces.

When their kids started moving out, Jo Galbraith and her husband decided it was time to downsize. They had a beautiful Victorian home in Fredericton, New Brunswick, but they wanted something different to fit their stage of life. So a few years ago they decided to build. “I basically designed the house; then we had working drawings made up by an architect,” says Jo, “it worked out really well considering that I did not know what I was doing.” 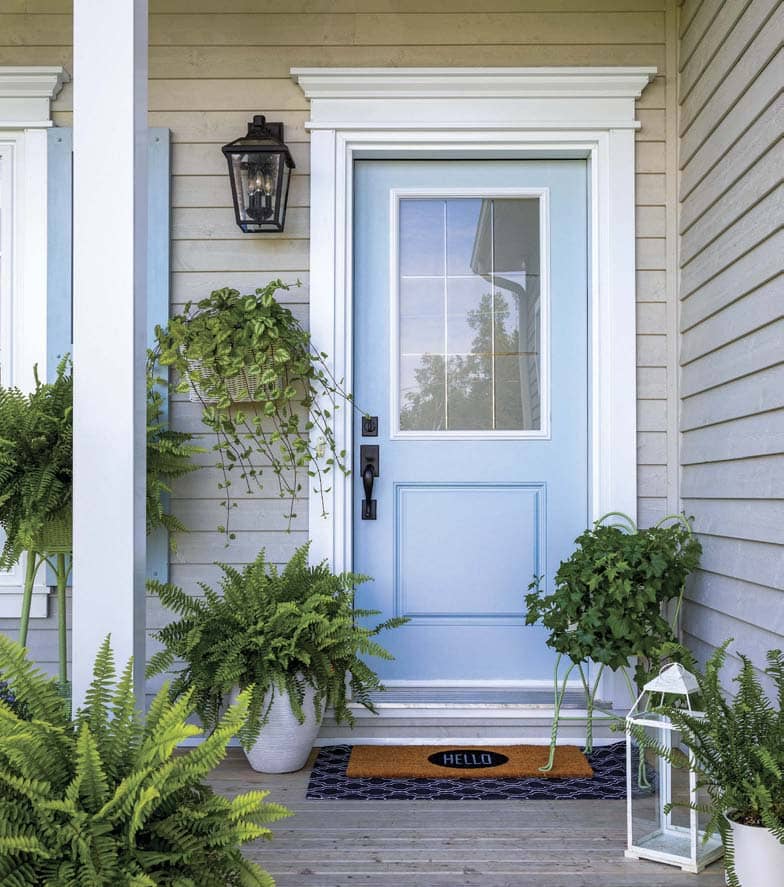 Jo, who previously had a career as a social worker, doesn’t have a background in design. Painting furniture and rooms in her house had been a hobby that helped her cope with the stress of work. “I was dealing with problems that could never be solved,” she says, “but I could paint a room and change it in a day.” 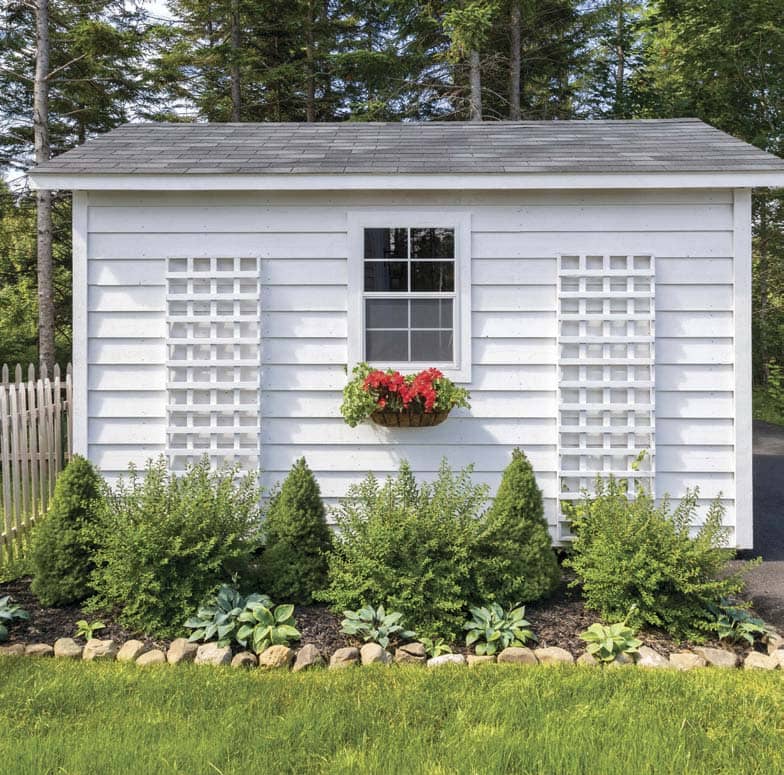 She started the design process of this house with a list of must-haves in mind, like a kitchen-window sink and a goodsized mudroom to accommodate their two large greyhounds. The result is a fresh, happy and livable home, where both her dogs and her twenty-something-year-old sons can put their feet up and stay awhile. 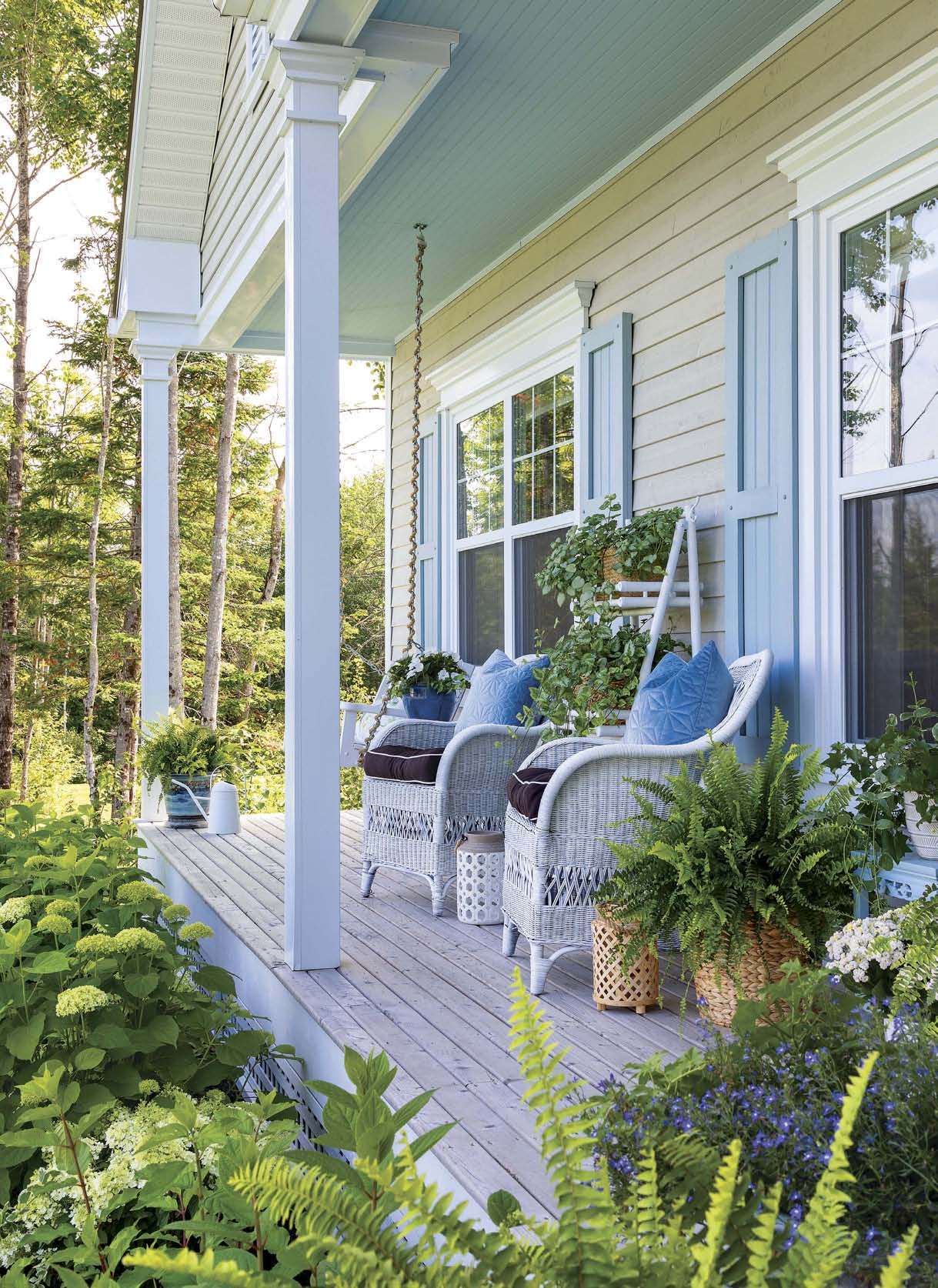 To keep the house within the budget while still achieving her vision, Jo focused on using quality materials, but reducing the overall size. “I’d rather have a smaller house with really good finishes than a house that’s a thousand square feet bigger with cheap finishes,” she says. On the home’s exterior, instead of using vinyl as is common in the area, they chose engineered wood. In the kitchen, she went with a quartz countertop that she loves. Floors throughout the home are solid wood, and the home’s ceilings are nine feet tall instead of the standard eight. 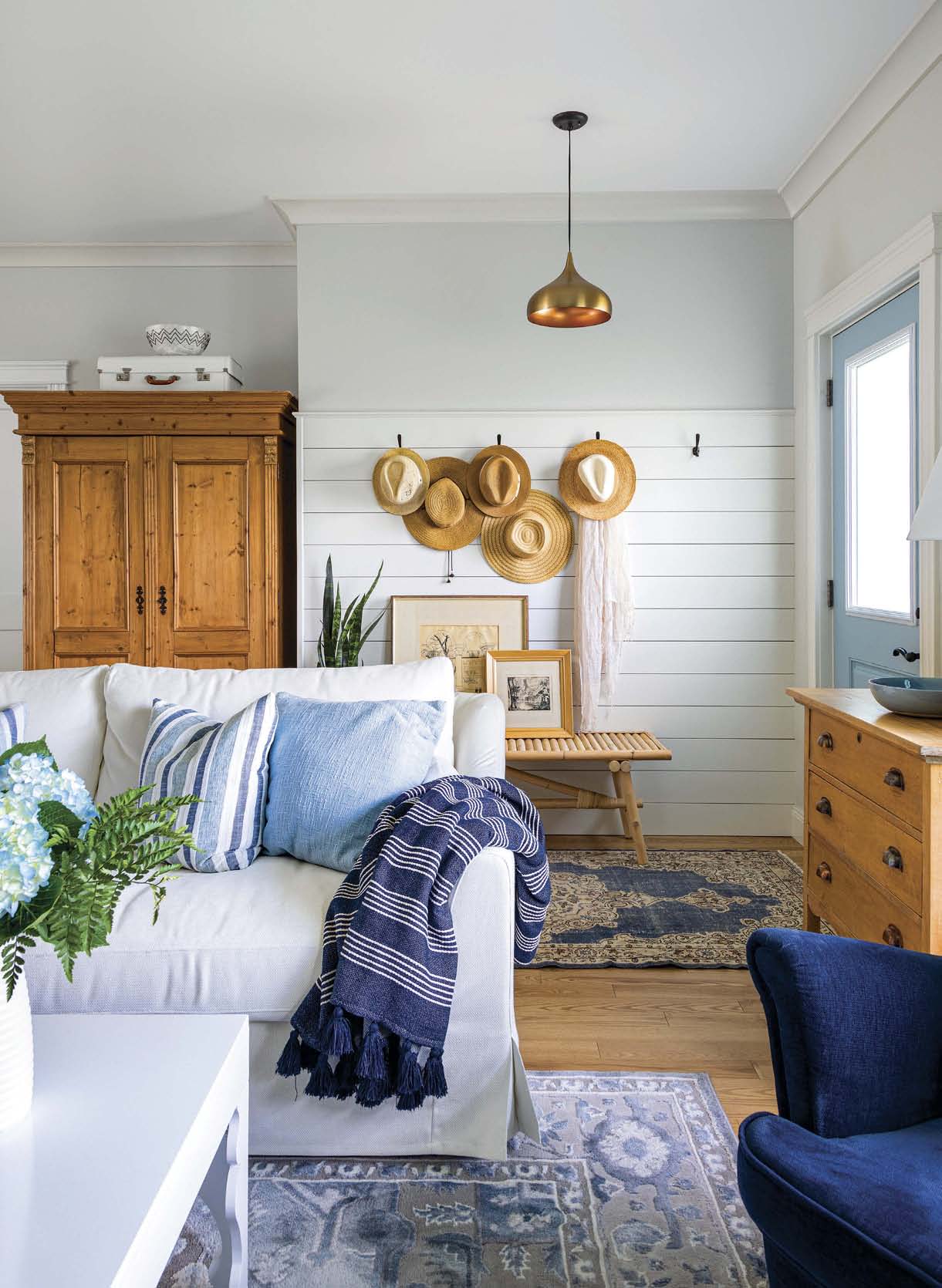