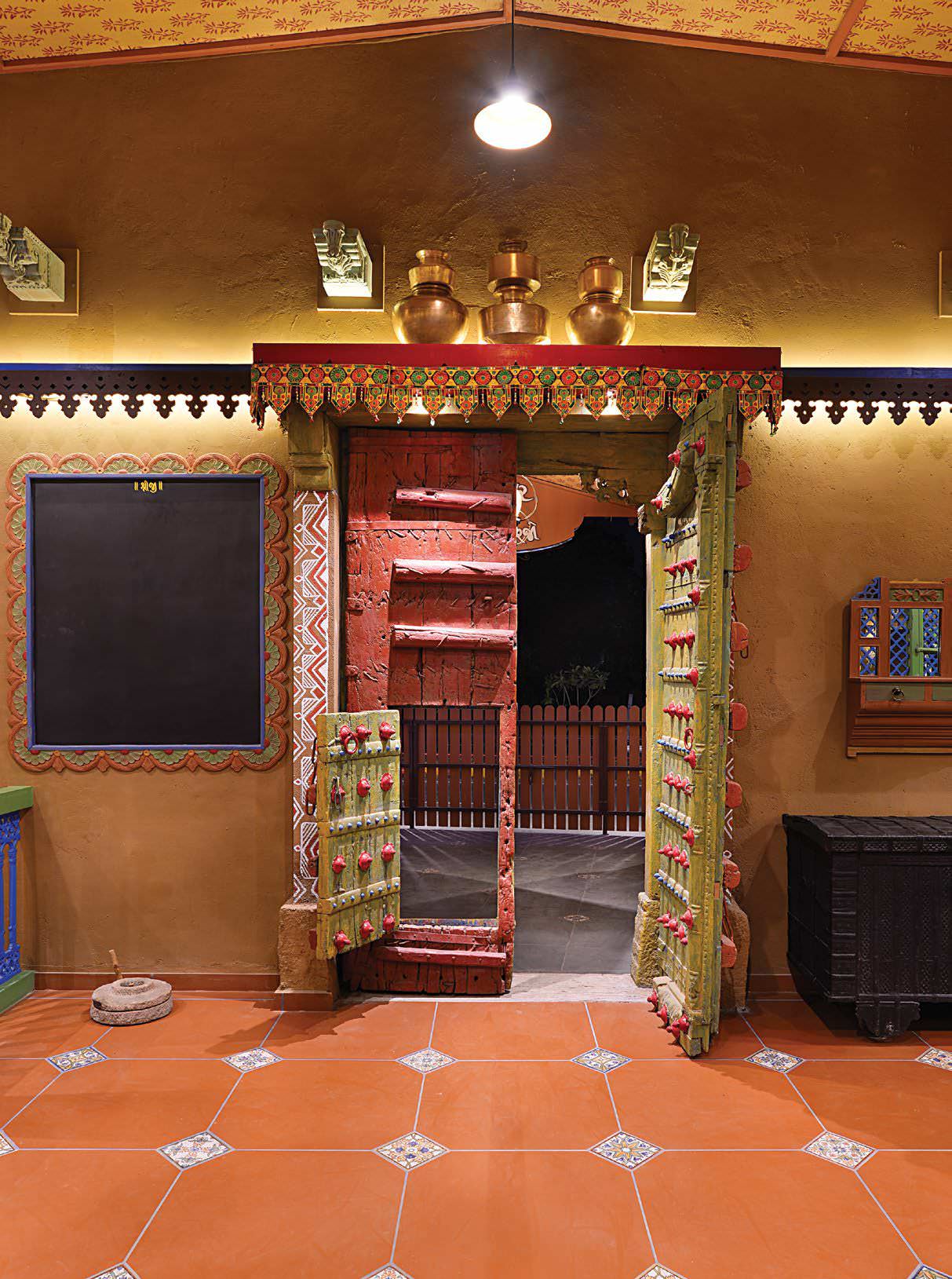 American novelist, Jonathan Safran Foer rightly said, “Food is not rational. Food is culture, habit, craving and identity”. We Indians certainly abide by this in every way. We have a true love affair with food. In fact, our dining culture comes with a history of traditions that speak volumes about who we are and where we come from. At a time where dining out has been taken over by generic chains and quick fixes, it is a game changer when a restaurant owner takes the onus of honouring our culinary traditions and customs. Laxminarayan Hotels & Resorts Pvt Ltd took it upon themselves to create a Gujarati restaurant in Vadodara that not only articulates the food of the region but also illuminates its arts and crafts.

The task of designing Rotlo – Gujarat ni Parampara was handed to Chirag Shah & Associates (CSA), a well-regarded name from the same city. Headed by principal architects Chirag and Manisha Shah, CSA has served over 900 clients in various sectors. The firm had been working with the client on various housing and commercial projects for several years now, and thus was the natural choice for their new 16,000-square-foot restaurant. 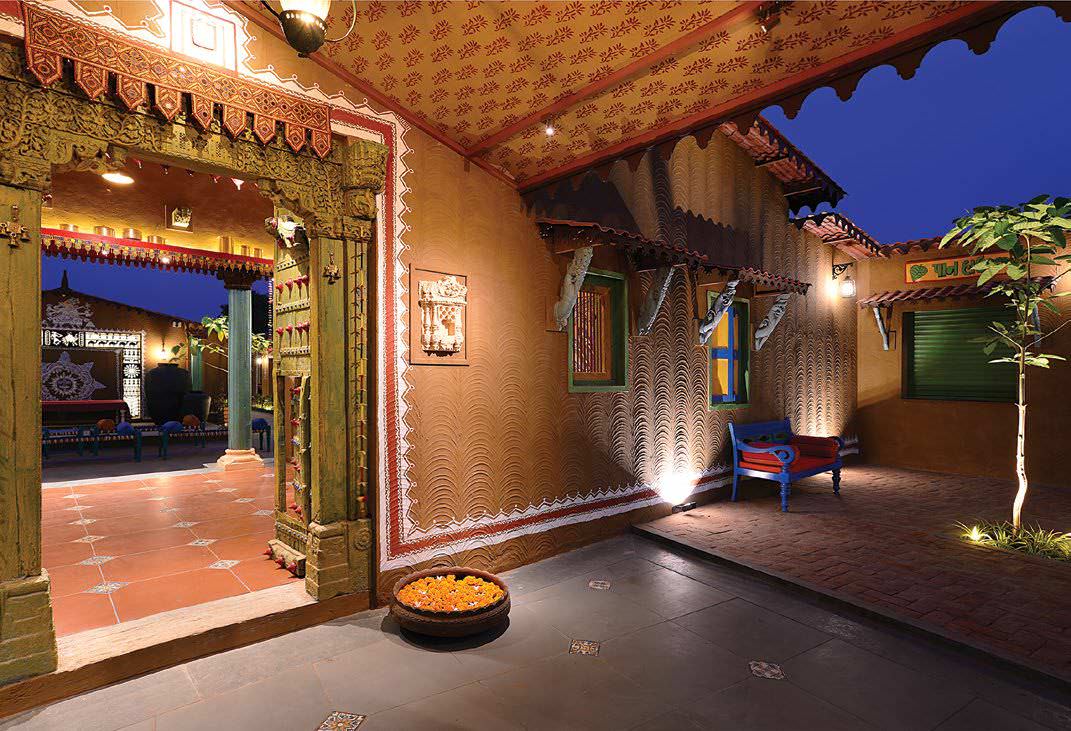 The design brief was very detailed: “The client wanted the restaurant to have an open village-like feel. The menu and the ambience needed to be in sync with each other. The space would not just cater to the customers’ palette but provide a holistic experience of Gujarati culture. Since it was their first experimental venture, they wanted it to be economical. But the most challenging aspect was that the project was to be completed in mere six months,” informs Chirag. 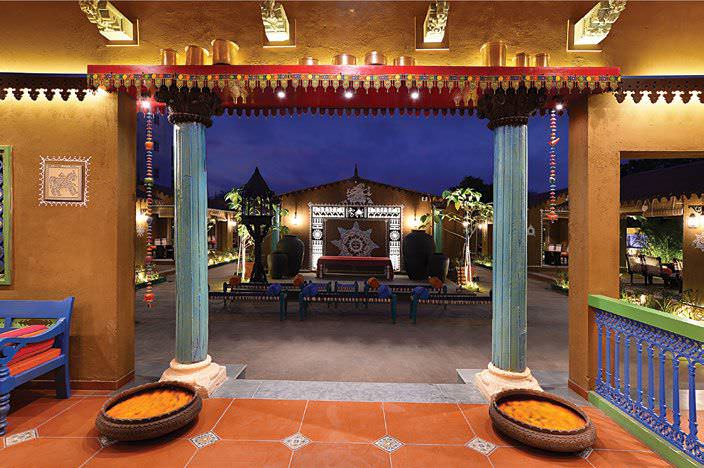 MORE STORIES FROM BETTER INTERIORSView All