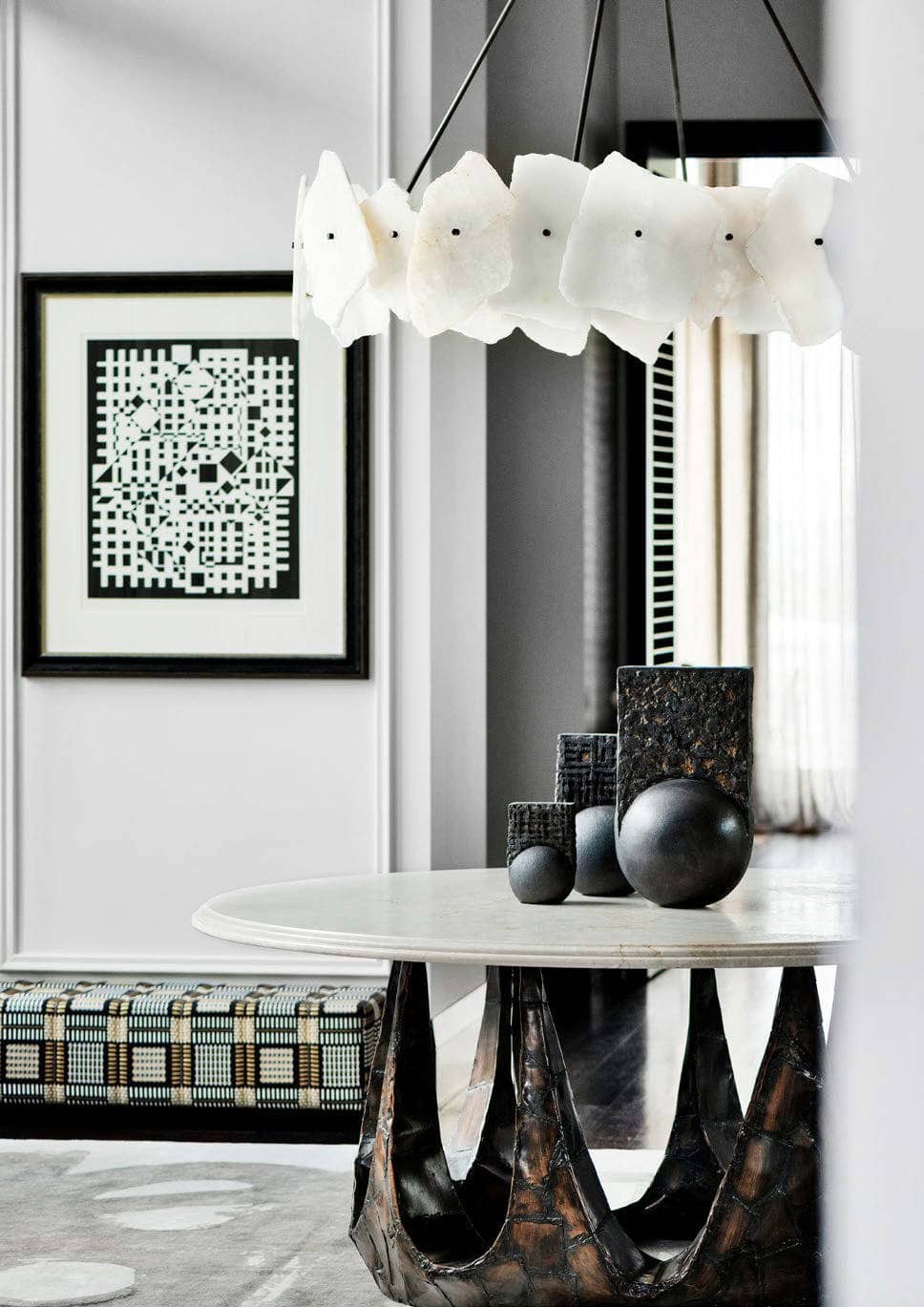 A Brutalist table and an art collection that covers the spectrum add surprise to these stylish interiors.

For Christian Lyon, the starting point for any design project is to understand what energises a client and how they want to live. In the case of this home, the Perth-based interior designer had a head start. Christian knew the owner well and understood her love of quality and beautiful things, having worked with her and her family over a number of years, including on the cover home of Belle’s February/ March 2019 edition. And so, on this occasion, his starting point had been a fact-finding visit to New York. 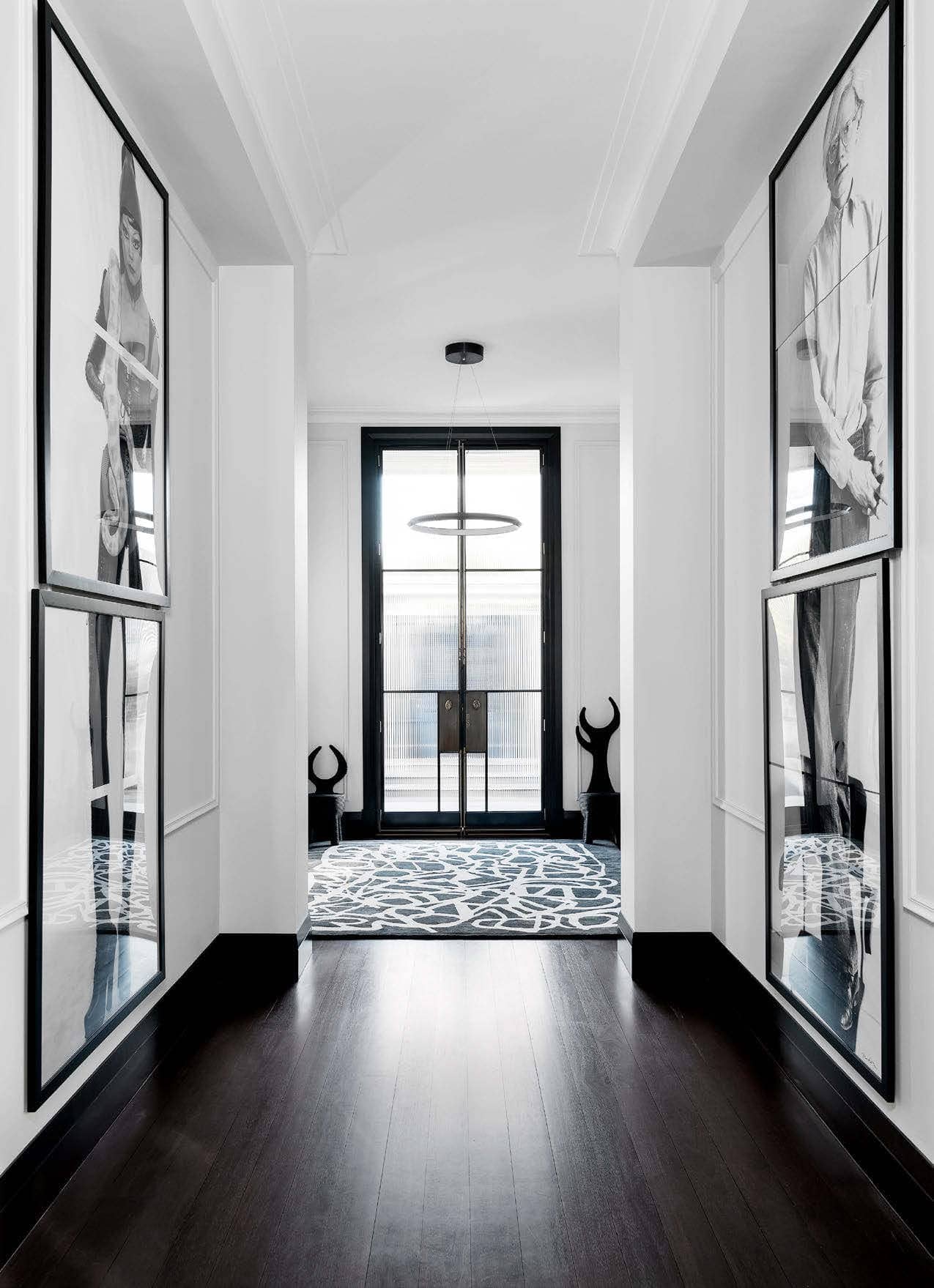 Presented with a blank canvas – a “dream opportunity”, he recalls – Christian set himself the challenge to transform the big, white house into “something unexpected that would surprise and deliver beyond the client’s expectations”. Achieving the right balance was a huge consideration. On a practical side, it was to be a long-term family home and needed to be liveable. Between them the couple has four children and two dogs, and the house is constantly filled with family and friends. 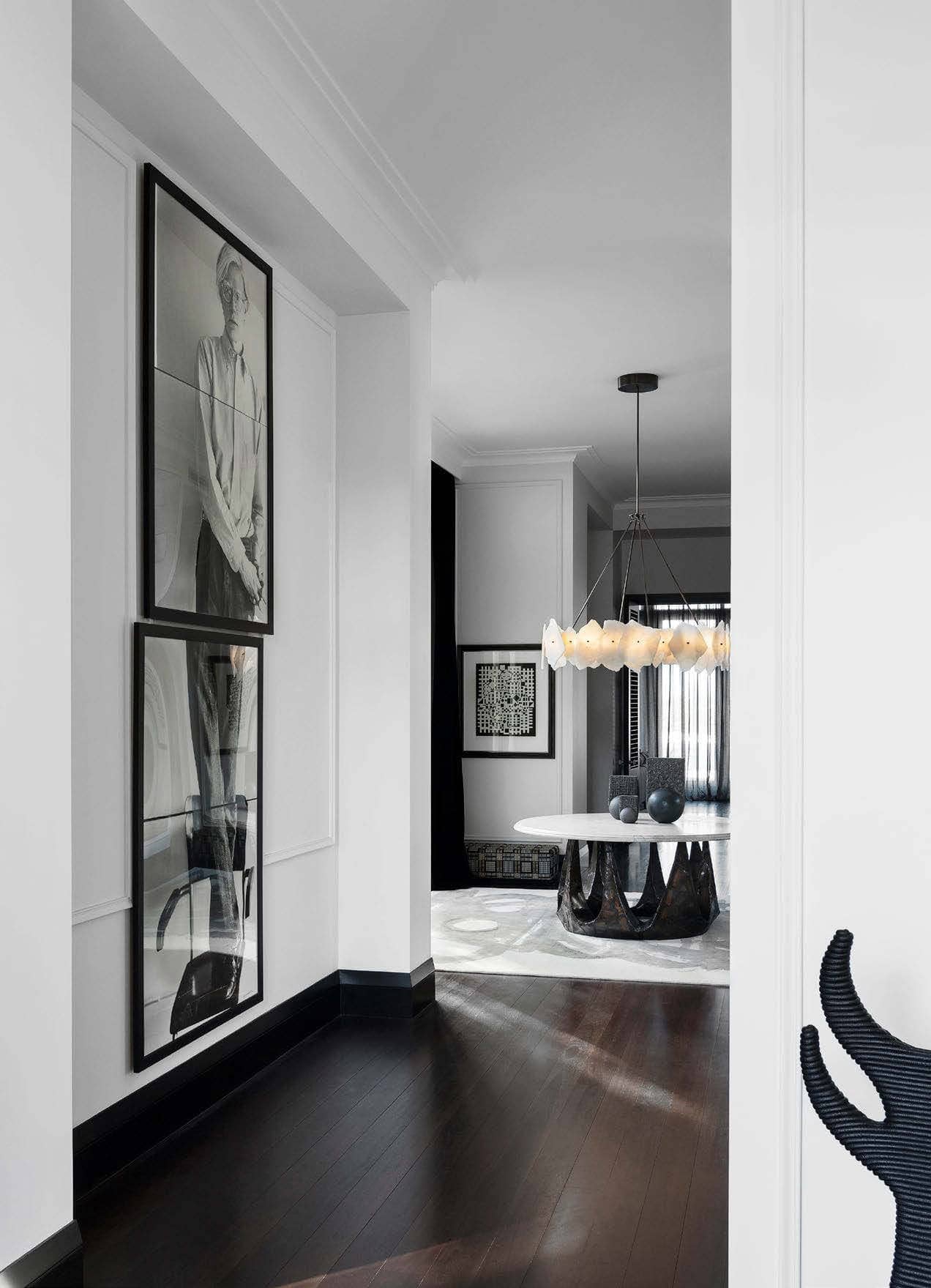 From outside the house is symmetrical, simple and gives nothing away. Entering through steel-framed glass doors into the vestibule, you are transported via a connecting hall built around a pair of reflective glass photographic works by US artist Christopher Makos. The larger than life depictions of Andy Warhol and Susanne Bartsch, the queen of New York nightlife described by RuPaul as having “picked up where Andy left off”, are sliced in two, resembling diptychs, and hung opposite each other for maximum effect. Elsewhere in the hallway, Christopher Boots’ avant-garde pendant lights and a pair of rare Victor Vasarely artist proofs reinforce the graphic theme in black, white and grey. 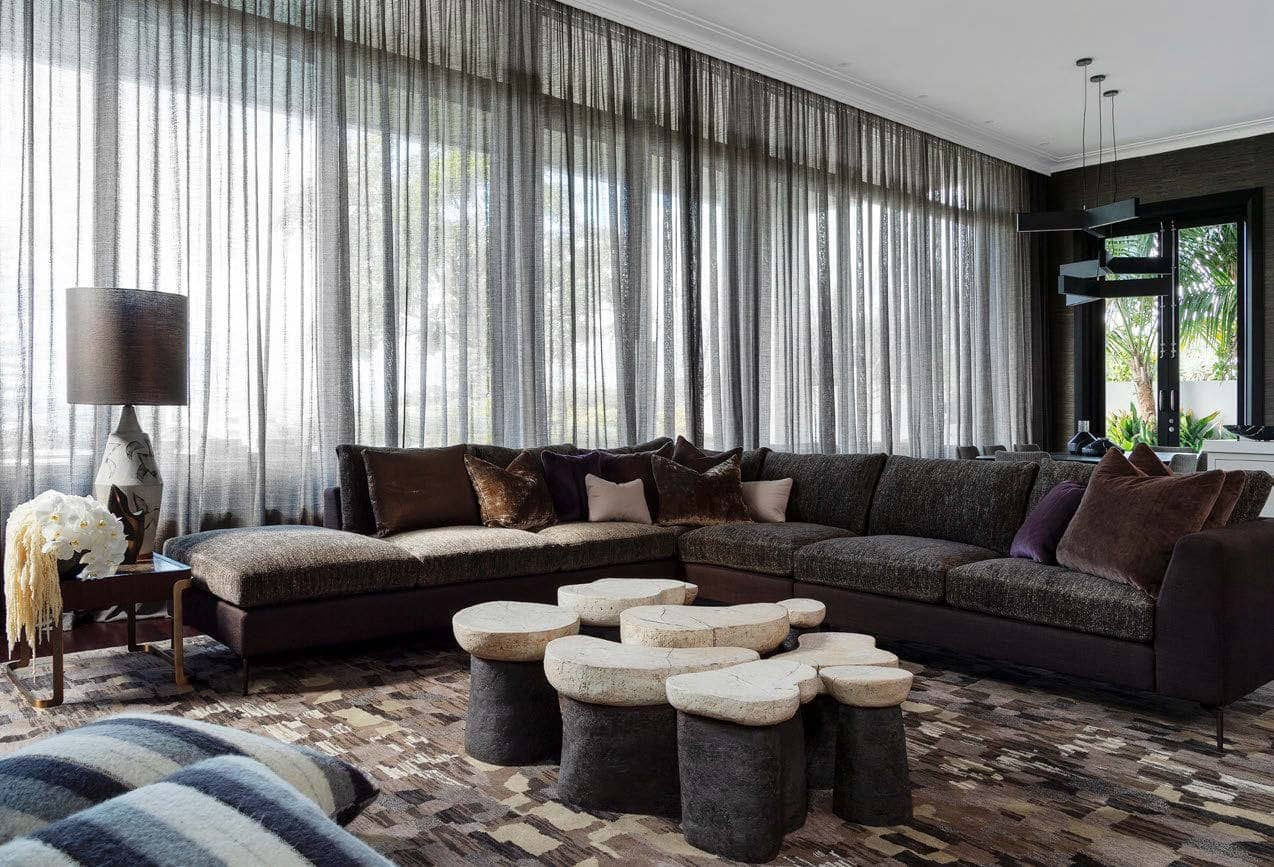