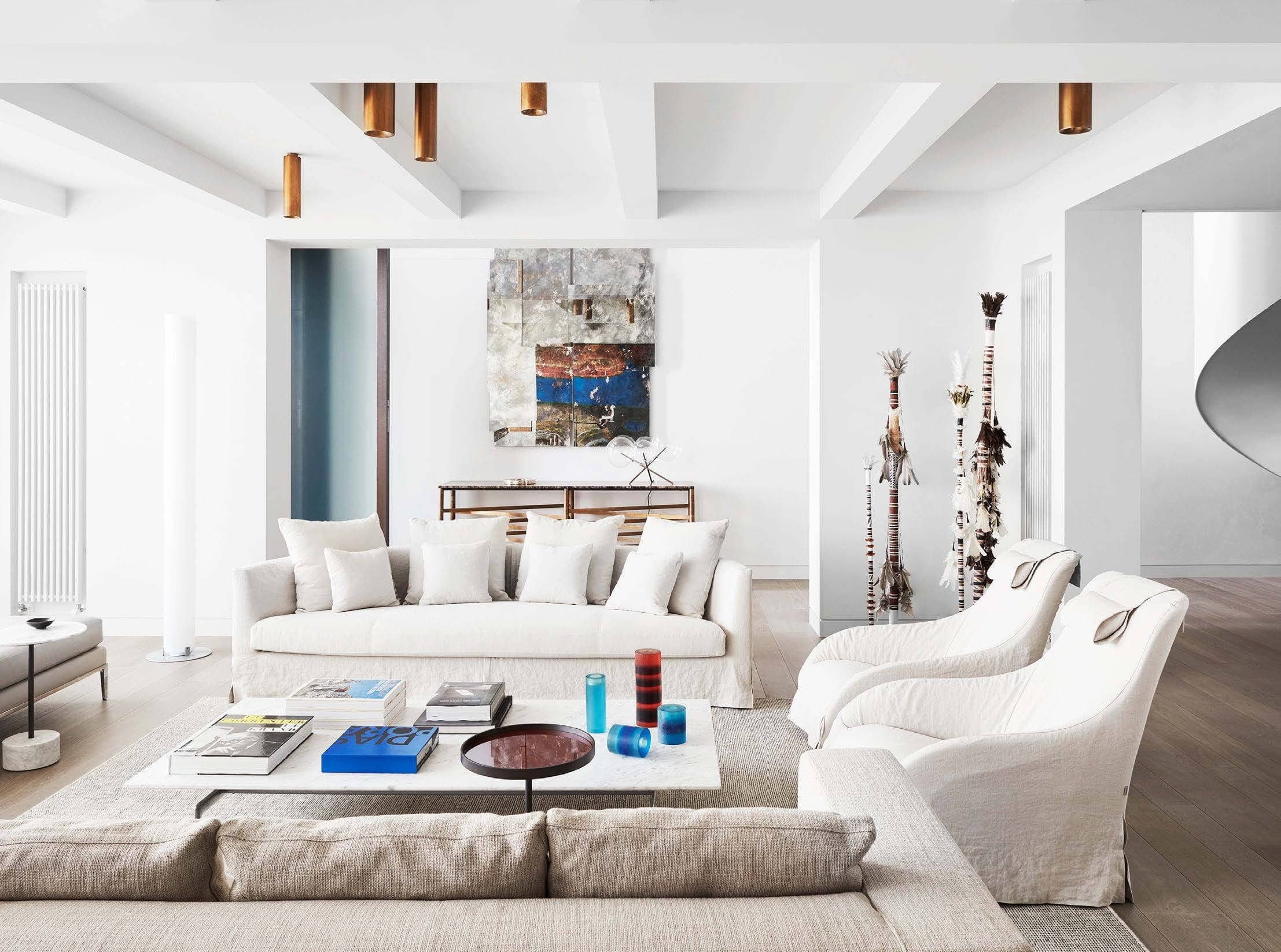 Harnessing the constraints of its original curves has inspired the transformative spaces that take this home to new heights.

Karen Mc Cartney
Melbourne architecture practice Jolson’s residential project, Arc Side, is nothing short of transformative. It took an assertive architect-designed house from the early 2000s by Cocks Carmichael, which was a contemporary response to neighbouring neo Italianate terraces, and re-mastered it into a space tailored to the current lifestyle of the owners. 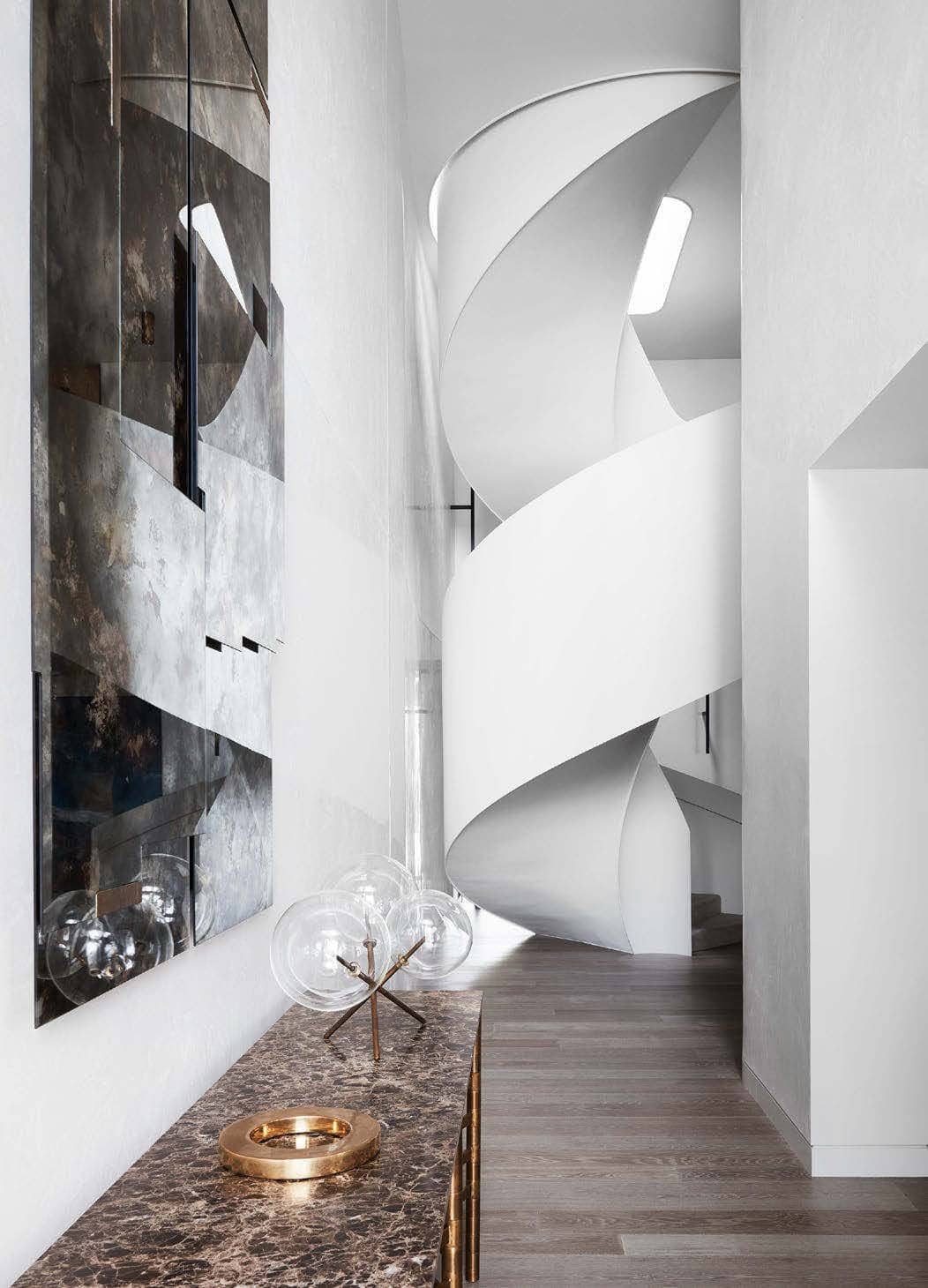 Stepping through the gate from a busy main road in Melbourne into a walled front garden, a certain other-worldliness descends. This space feels like an art installation with the groundcover swamp oak (Casuarina glauca ‘Cousin It’) planted in clumping mounds and dense asparagus fern (Asparagus meyeri) set against bright white rendered walls. The curved sweep of the facade is its defining feature – then and now – but the iterations couldn’t be more different. “The owners loved the location and didn’t want to move, although they recognised the house no longer suited them aesthetically or spatially,” says director Stephen Jolson. 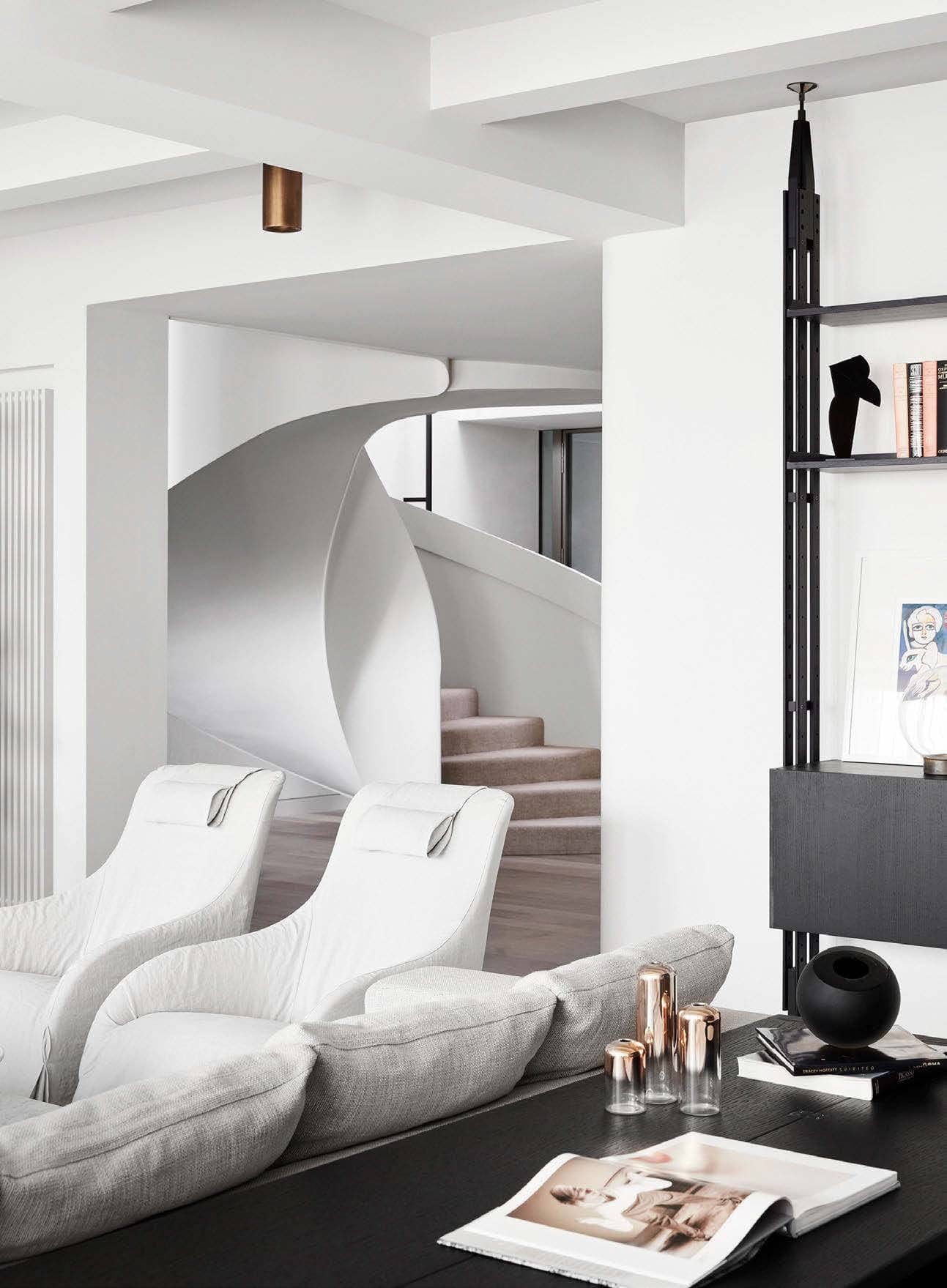 While it is the second time Jolson has worked with the owners (the previous project was a holiday house) they were extremely mindful of not falling into the arrogance of assumption. “As a practice we have learned the art of listening. We pay attention and take on board the clients’ thoughts but equally feel it is important to have enough strength to give a definite opinion,” Stephen says.