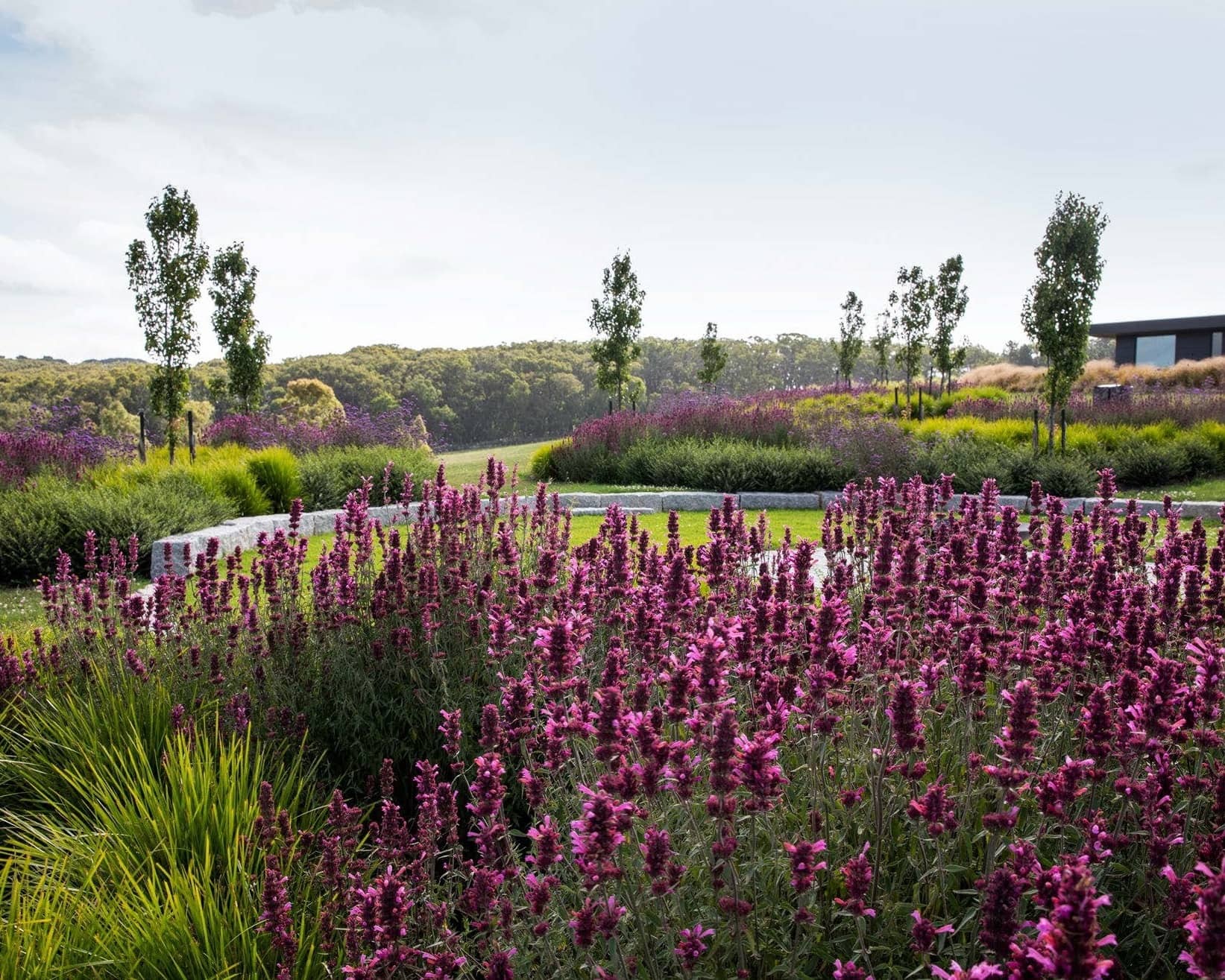 This visionary garden by the coast is the bucolic embodiment of landscape designer Paul Bangay’s naturally evolving style.

Paul Bangay has been sculpting, coiffing and fashioning the most magnificent of gardens for the past three decades. The pre-eminent landscape designer’s work can be likened to a masterfully tailored Savile Row suit – timeless, perfectly proportioned and befitting a formal environment. But when Paul was asked to design this garden on the undulating acreage of an avocado farm on Victoria’s Mornington Peninsula, he saw an opportunity to embrace his ever-expanding and increasingly organic style.

The project was ripe with potential from the get-go. “I was approached about three years ago by an old client of mine,” Paul says. “He’d decided to build a holiday house on his property, a working avocado farm, and he called me when the house was almost finished.” The first time Paul saw the property, a vast stretch of land exposed to coastal winds, he recalls travelling down an established driveway chaperoned by rows of pin oaks. The juxtaposition between the frothy canopies of those existing trees and the contemporary facade of the house informed the design, as did the owner’s brief. “He showed me lovely images of European gardens with lawns, structured grids of trees and large herbaceous borders,” Paul says. “He wanted something contemporary, to go with the house. And not too much maintenance.” 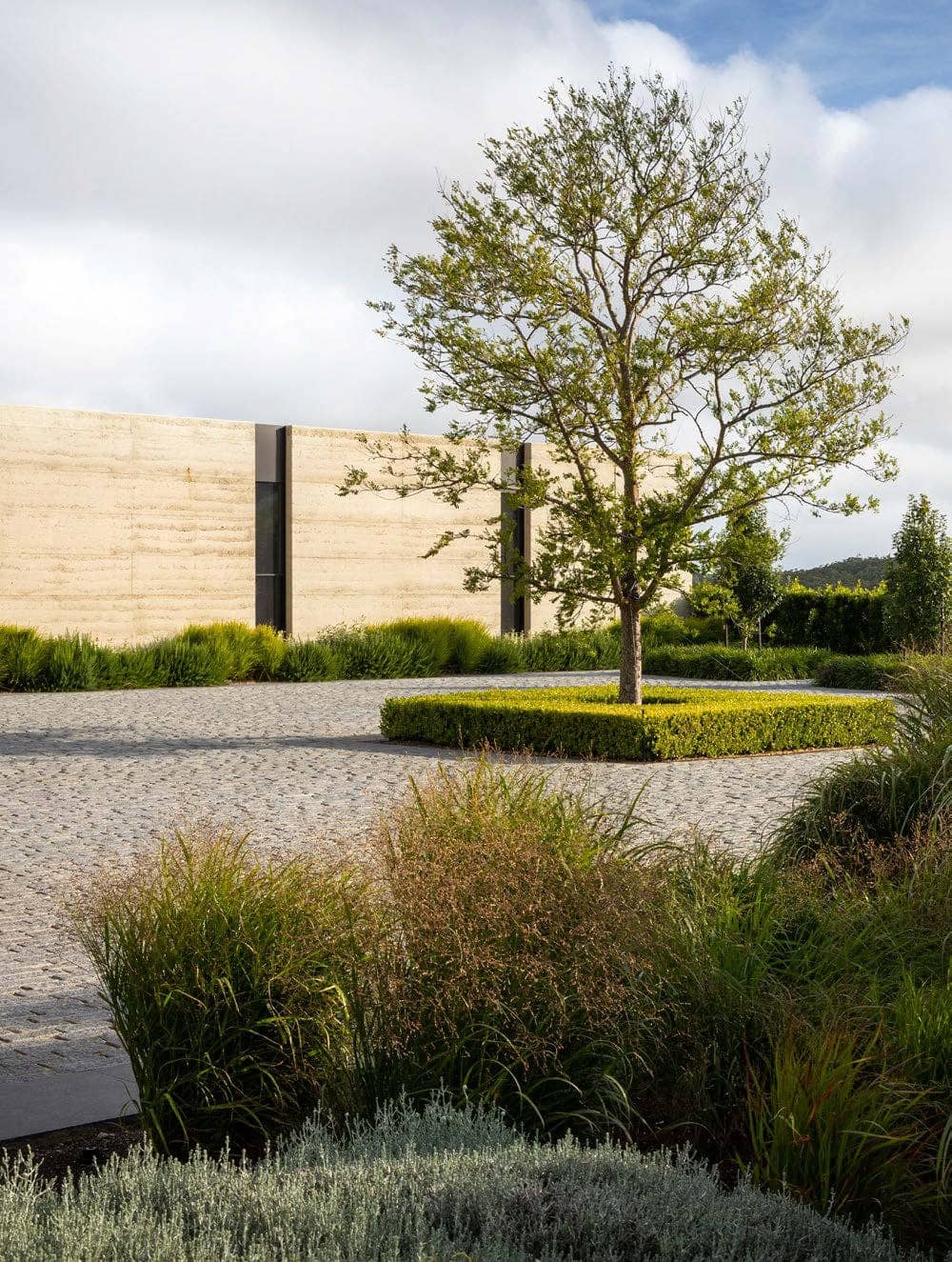