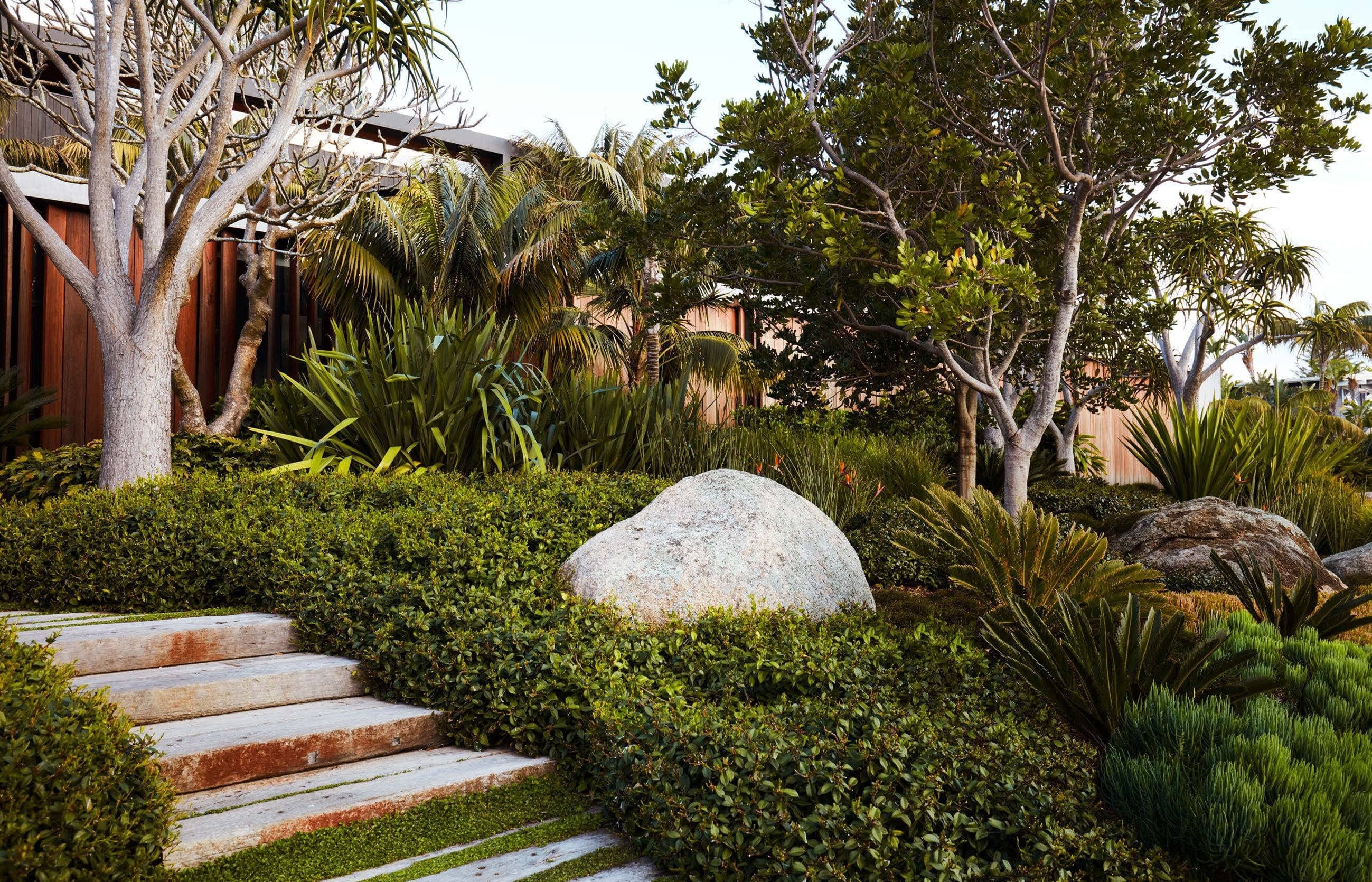 In this coastal garden, set behind the dunes, drifts of foliage spill over granite boulders that float in the frothy green ocean.

Chris Pearson
Playing with scale and shape, and packed with surprises at every turn, this garden on the New South Wales south coast has a larger-than-life, almost cartoon-like quality. “It has a fantasy feel, with the tree aloes a bit like the drawings of Dr Seuss,” says William Dangar of Dangar Barin Smith, who created this fanciful world with his colleague Simon Howard. “It’s whimsical and eclectic,” says Simon. Occupying three residential blocks fused into one, the garden, begun in 2015 and completed with the house in 2017, sprawls over the seaside site, allowing room for a tennis court to the south and dense screening from the neighbours and a public walkway that brushes its margins. 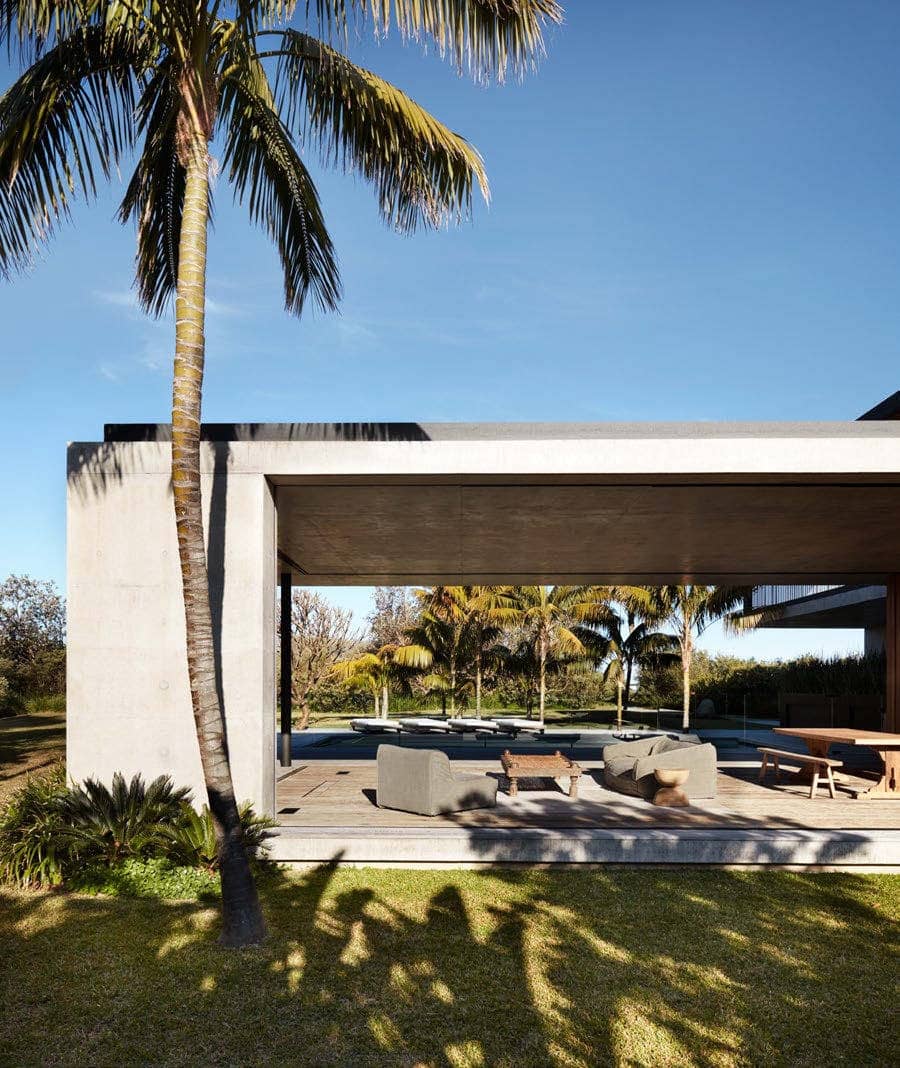 North of the boundary is council bushland which, says Will, needed to be accommodated to form a visual part of the garden. The property also fronts onto the beach to the east, separated by a buffer of dunes, which the pair would work into the plantings on that side. Proximity to the beach was a plus and a minus – while it’s a breeze for the surf-loving owners to wander down to the sand, exposure to salt and wind would require robust, rugged plantings.