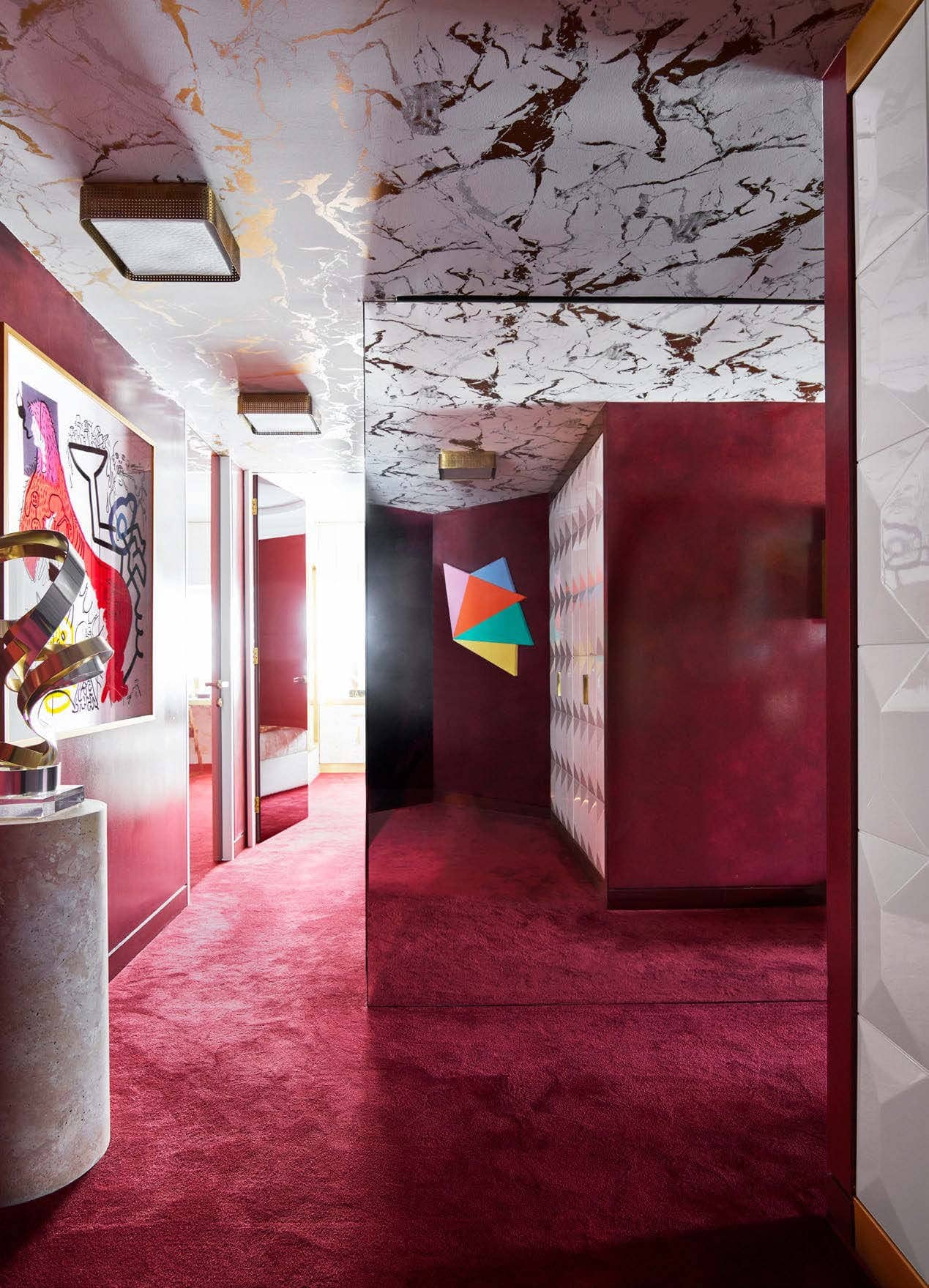 Greg Natale rolled out the red carpet for his home’s glamorous redesign, with striking works of art and emblems of the disco era – from YSL’s ‘Opium’ to Halston – reflected in its enigmatic mirrored walls.

WHAT INITIALLY APPEALED TO YOU ABOUT THE SPACE?

I am a big Harry Seidler fan and I have admired the Horizon building since I was an architecture student in the early 90s while it was being built. This is my second apartment in this building – not too long ago my partner and I moved into this one. It has the north-west aspect, which is what we were looking for.

WHAT WAS THE STARTING POINT FOR THE ALTERATIONS?

We were travelling abroad and while at Hôtel Costes in Paris we fell in love with this maroon colour. Ever since I was a teen I have been infatuated by the maroon YSL ‘Opium’ bottle. In perfecting the wall finish I collaborated with the amazing John Volante of Volantes Decorating Service who spent months perfecting the custom glazed maroon so that we really captured the mood of that signature YSL parfum bottle. 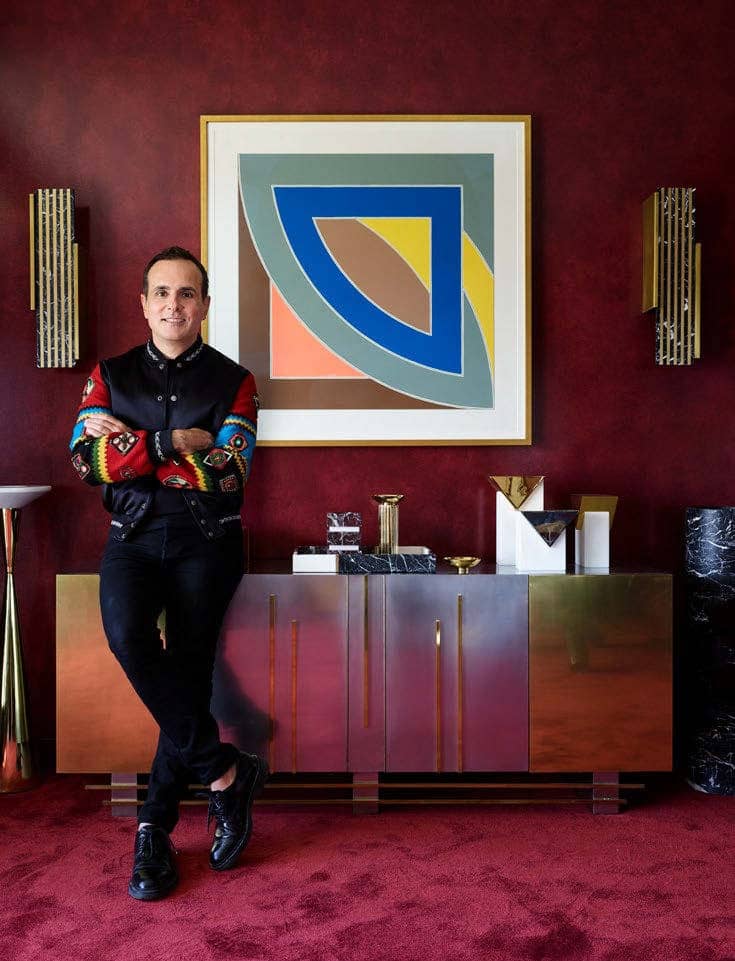 WHAT INFORMED THE SELECTION OF FURNITURE, ART AND FINISHES?

I love mixing styles! In this apartment, I relished mixing contemporary, vintage and custom to create a layered environment with personality, with all of the pieces telling their own story. As for the art, I have collected from the periods I personally love which include minimal, hard-edged, pop art, street art and bit of op art in there, too. 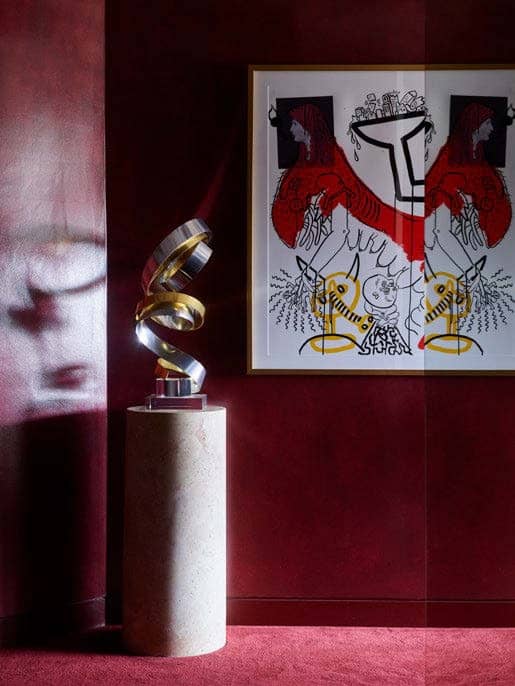 HOW WOULD YOU DESCRIBE THE COMPLETED INTERIOR?