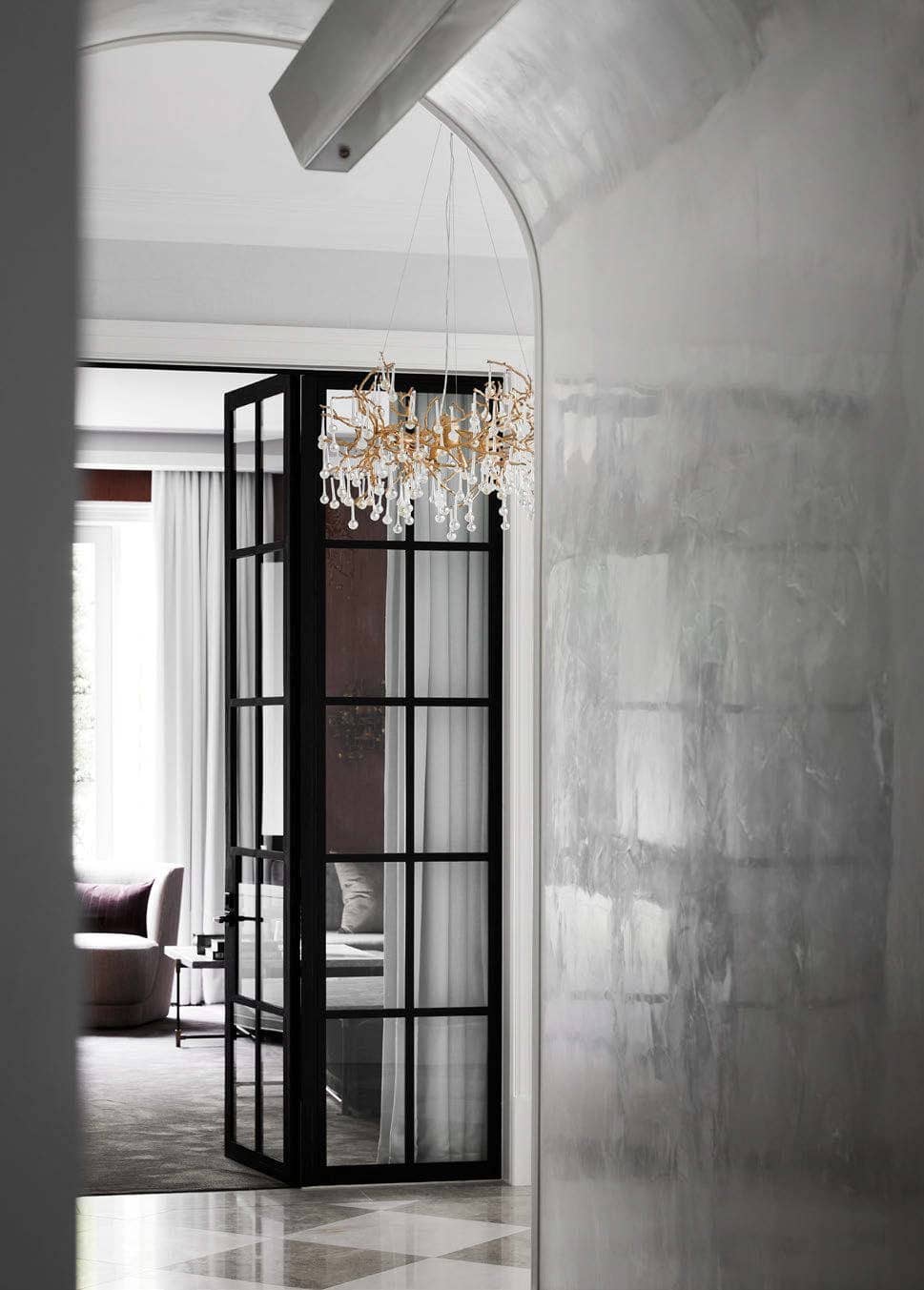 The chemistry between the introspective hallways and the extraverted visual gestures throughout this grand residence is undeniable.

This page Custom glass and steel doors by Dylan Farrell Design are cleverly aligned to allow natural light to pour through one space into the next. A custom pendant in the corridor meets a graceful ‘Bijout’ chandelier by Serip. Opposite page The ground-floor garden room is framed by French polished ebony walnut door jambs and custom quarried white and smoke marble floors. Stools from Orient House surround a custom aged-oak table. The Guaxs vase on top is from Conley & Co. To the front, a 1960s Palwa chandelier in brass and glass from 1stdibs; behind, a ‘Bijout’ chandelier. 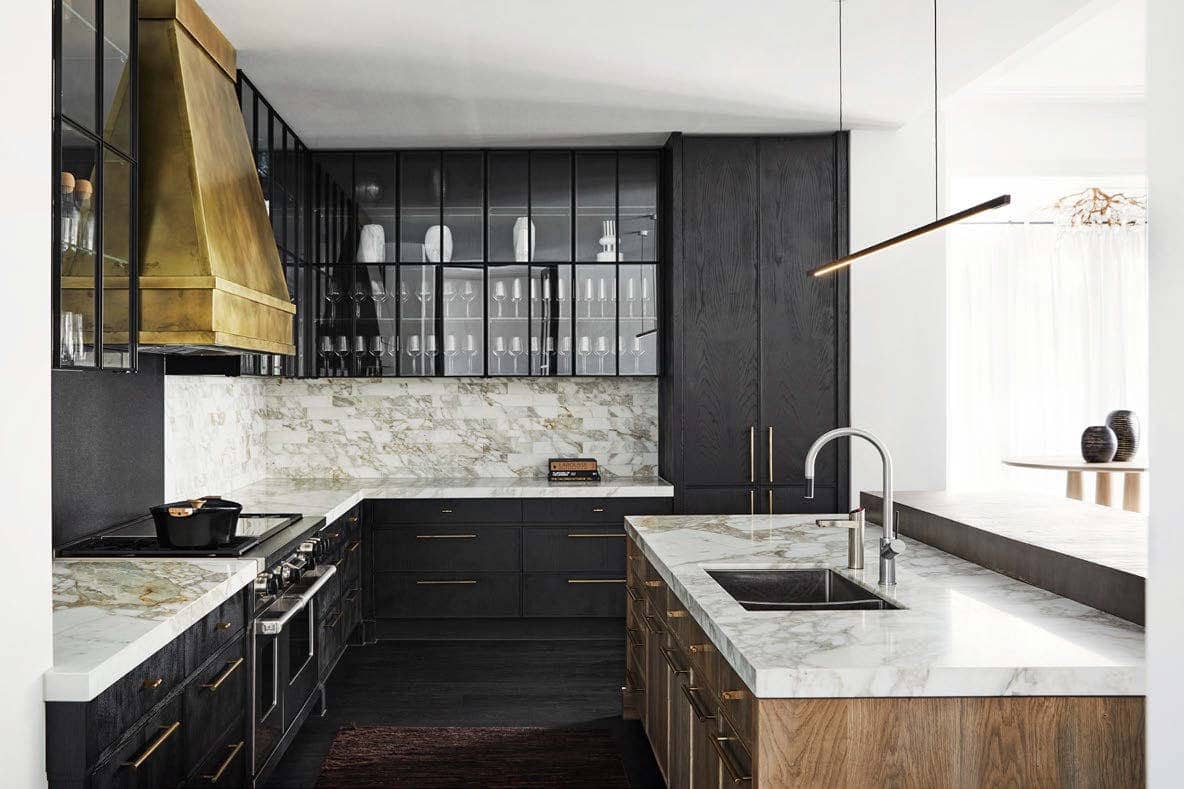 Staged across three levels, the interiors of this Melbourne home dance in a choreographed display of giving and take, extraversion and restraint, movement, and stillness. One moment you’re gliding through near-empty hallways designed with balletic lightness and the next you’ve waltzed into an exquisite formal living room with a cocktail of burnished brass, curvaceous velvet and a pistachio onyx fireplace beneath a chandelier studded with selenite wands. 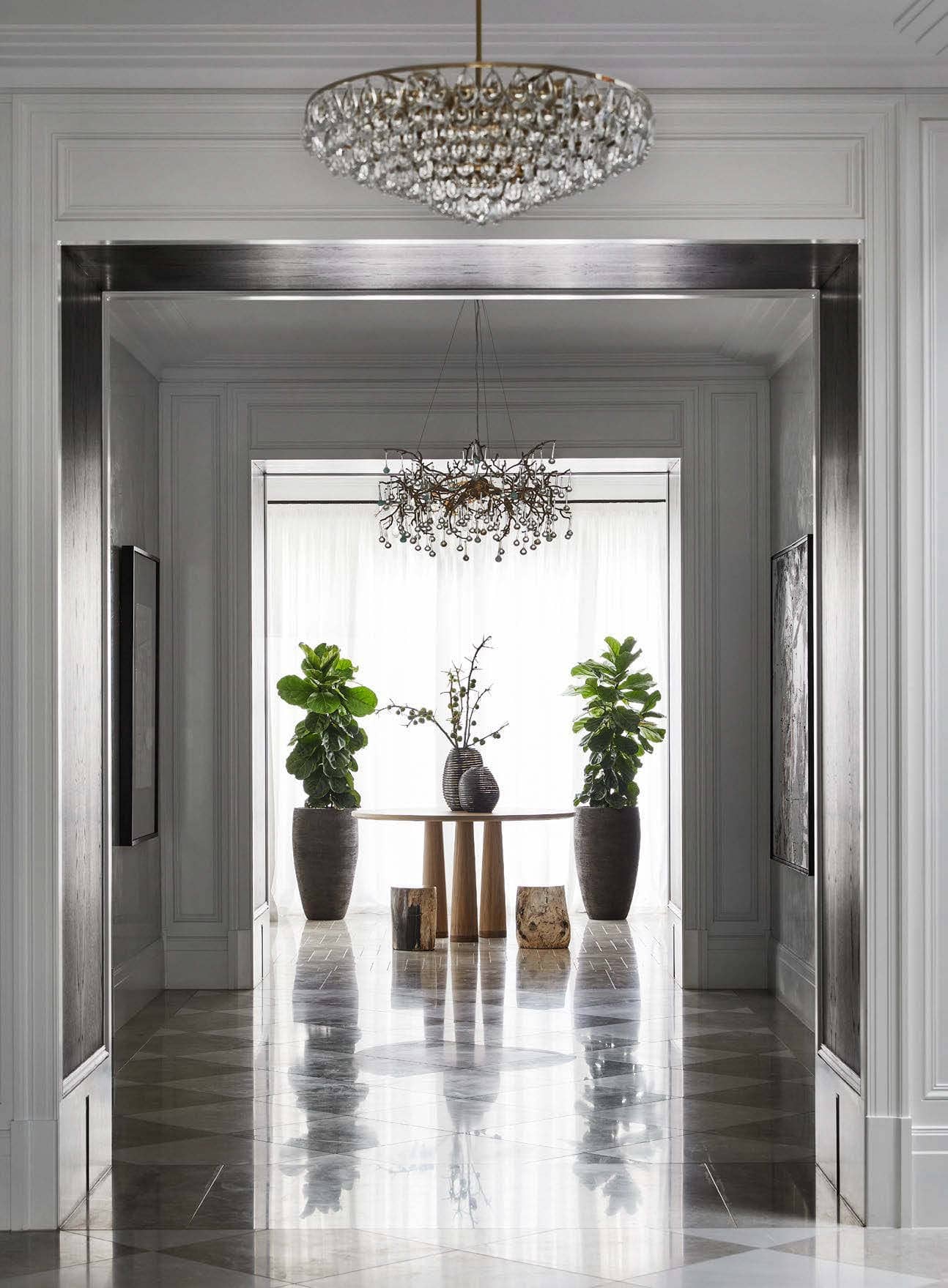 Behind this magnetic aesthetic alchemy is designer Dylan Farrell, who was engaged to orchestrate the interiors of this brand new build when the property “was still a dirt hole”. The owners, a couple with two children, envisioned a residence reminiscent of Melbourne’s stately Victorian architecture, but without the austerity and stuffiness of a traditional turn-of-the-century home. “They wanted the grandeur to feel fresh and contemporary, which is why I was referred,” Dylan says. “I understand how classical architecture works but at the same time I’m not afraid to bend the rules.” 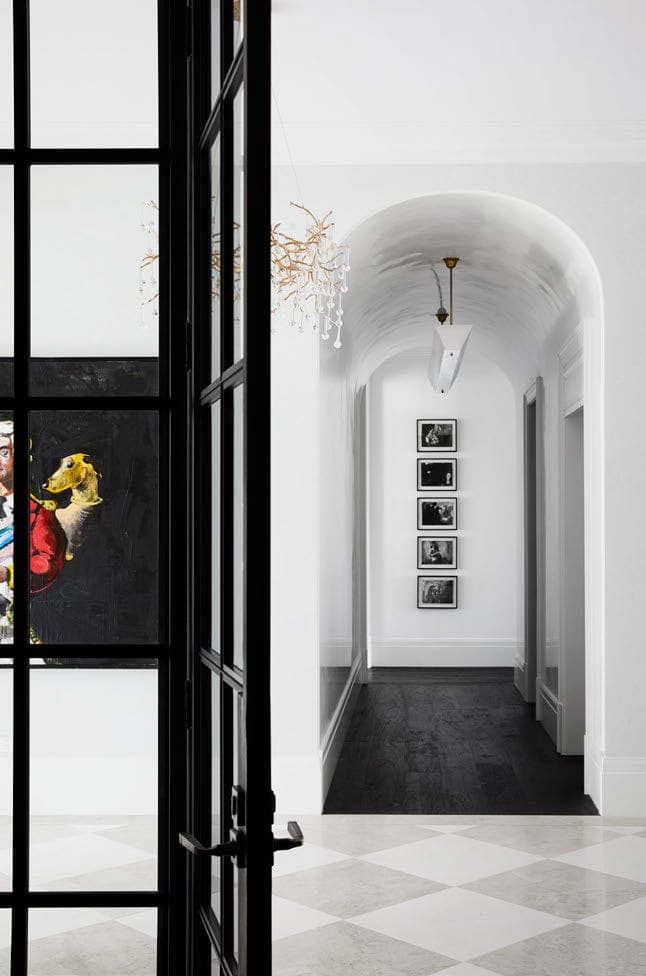 While the brief was ripe with the opportunity to test convention, the sheer size of the floor plan presented a few issues of its own. There was ample space to play with, but it was just as important to “bring in” the dimensions of the house and make any sense of vacuousness feel purposeful. “The challenge was to design the house so that when its halls and parlours were empty, there remained a sense of wonderment and intimacy,” Dylan says. Achieving this visual connection began with selecting and layering unique, personalised materials, and finishes. Take the landings, where bespoke parquetry floors of charred and ebonised oak are met by custom quarried white and smoke marble while thresholds are defined by doors and frames in French-polished ebony walnut. The expansiveness of the interiors also informed the furnishings, many of which were tailored to specific measurements that would feel proportionate to the rooms. Despite the added logistics of designing and ordering custom lights, furniture and rugs, Dylan says it fortuitously meant many pieces were made in Australia. 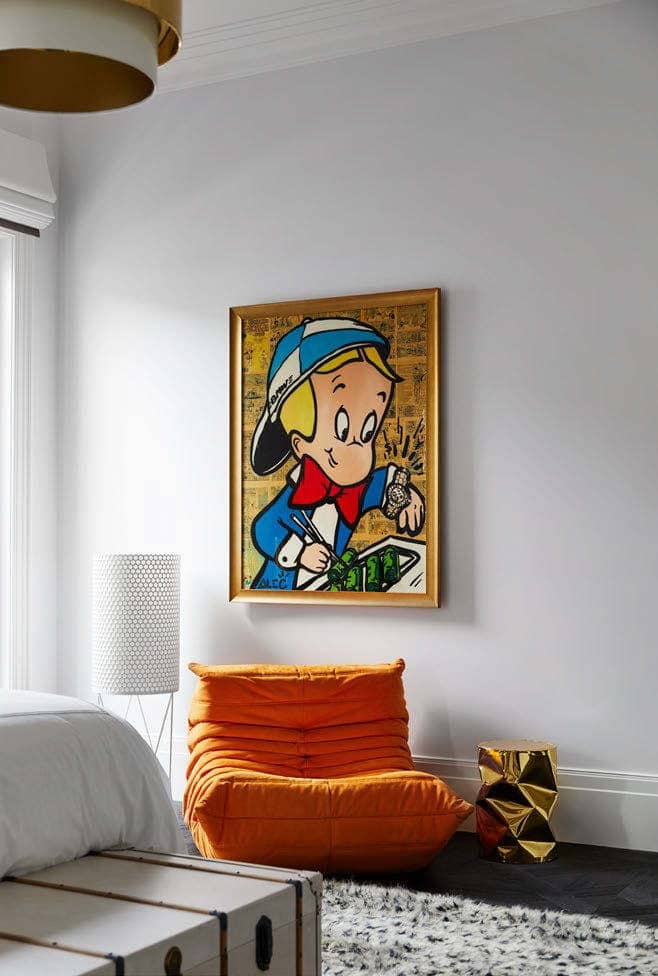