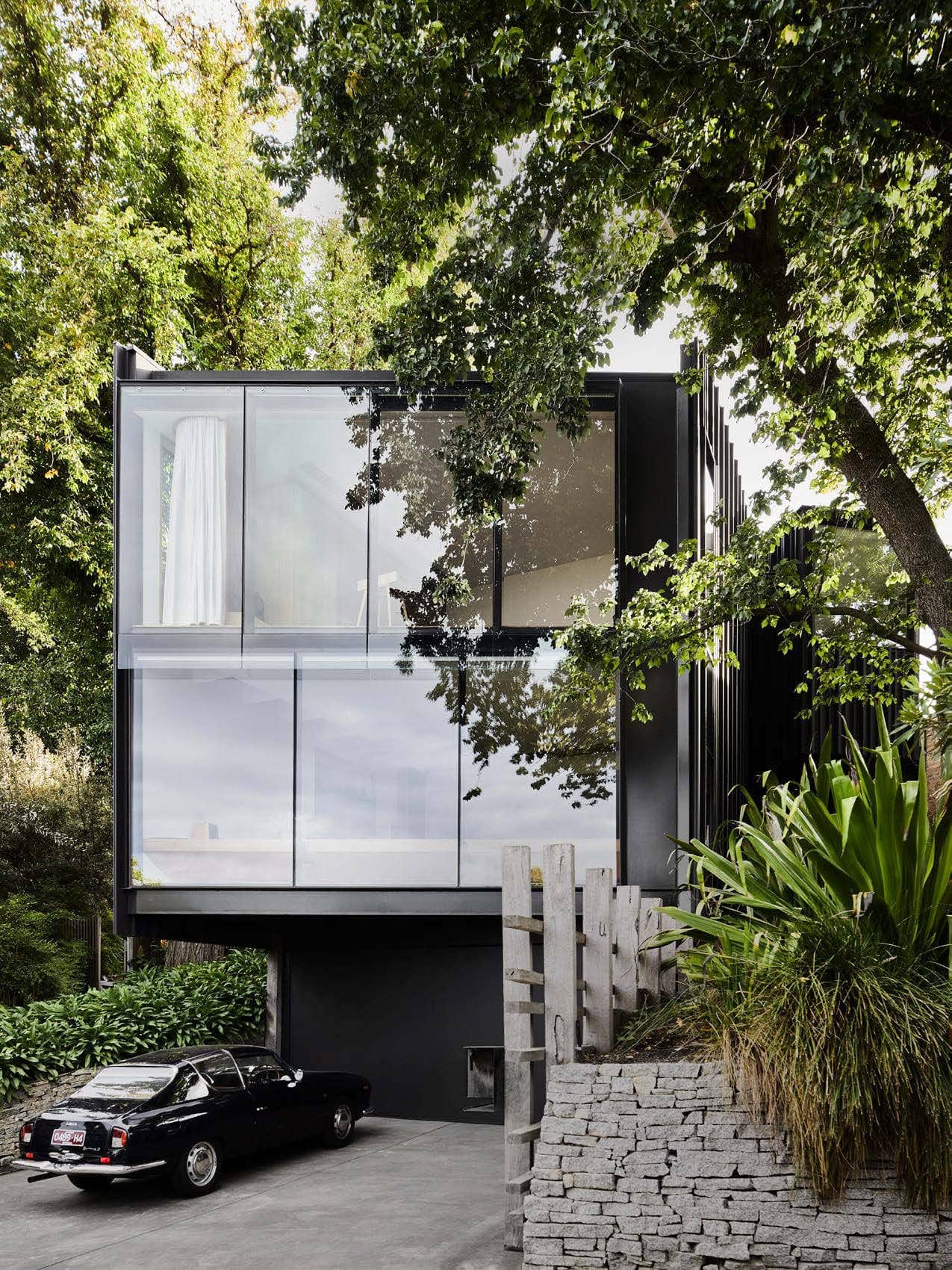 The welfare of mature trees shaped the enhancement of a prize-winning architect’s beautifully evolving family home.

To visit the home of any architect is to unmask their preoccupations and passions, and over the decade I have been writing about the work of architect John Wardle I have become fascinated by the way his endless curiosity reveals itself in his interior spaces.Even by the standards of a career crammed with accolades, 2020 has been a highlight: he was named the Australian Institute of Architects Gold Medal Winner and Phoenix Central Park, his private gallery (with adjoining performance space by architects Durbach Block Jaggers) for arts philanthropist Judith Neilson, swept the board at the NSW Architecture Awards, including winning the prestigious Architecture Medallion. 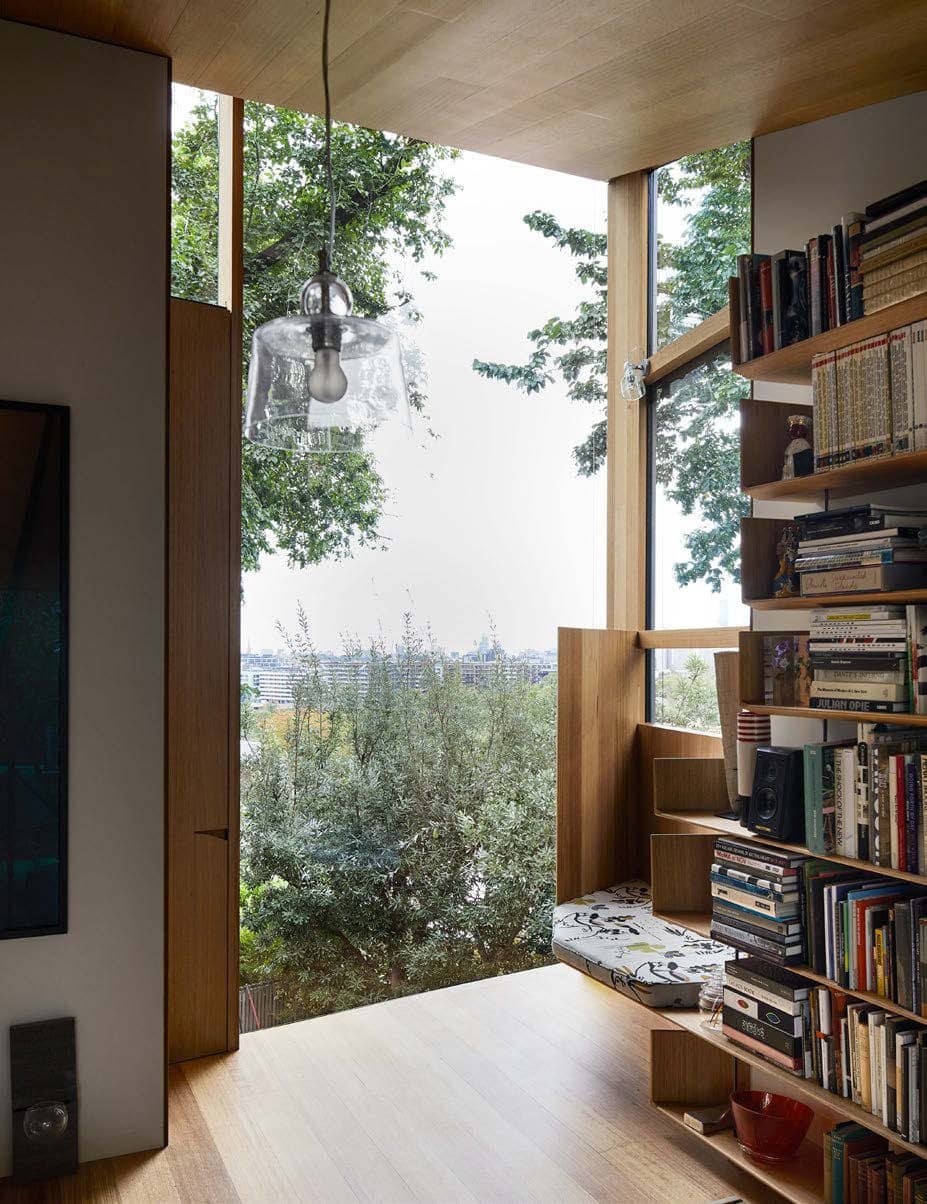 In his own home he is a serial renovator (1993, 1999, 2019) adapting the space to the shifting needs of his family and his preoccupations at the time. The original modest house in Kew was built by Melbourne architect Horace Tribe in 1951 and was unoccupied but not up for sale when John did a drive-by, taking note of its impressive site and potential for expansive city views. His family, including three small children, lived in the existing house for three years before stage one renovations, which included a larger kitchen and two bathrooms, followed by the more extensive changes which still inform the building it is today. The desire to retain the three massive elm trees on the site shaped the scheme, with John engaging a tree surgeon to advise on how close he could get to the roots without harming them. The two-storey window wall makes a “mannered cut” angling the window dramatically towards the view while the craggy bark of the trees is also referenced in the blackened texture and tone of the timber facade treatment. “Rather than use fabulous materials we try to work fabulously with rudimentary materials,” the architect says of the board-and batten cladding system he developed. The house won the 2000 RAIA National Award for Interior Architecture. 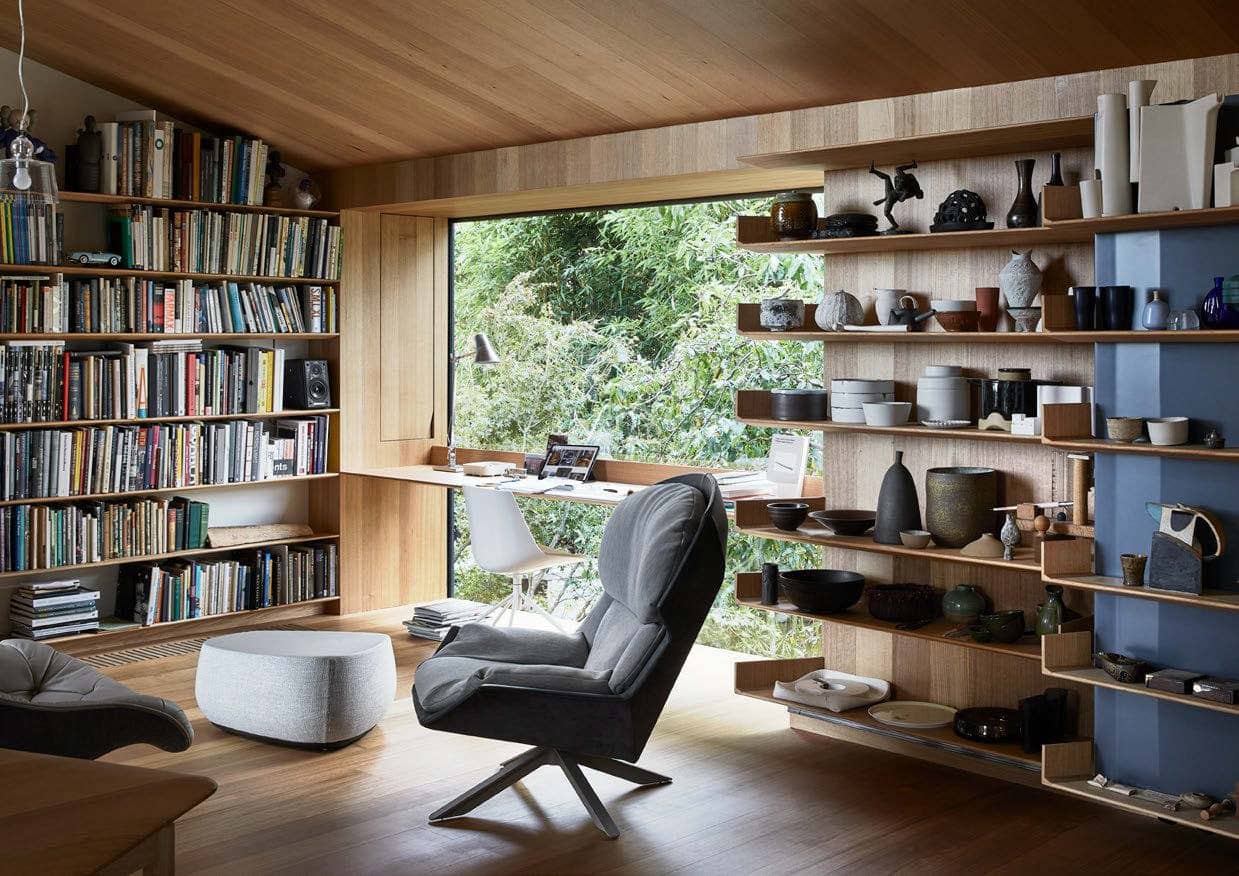