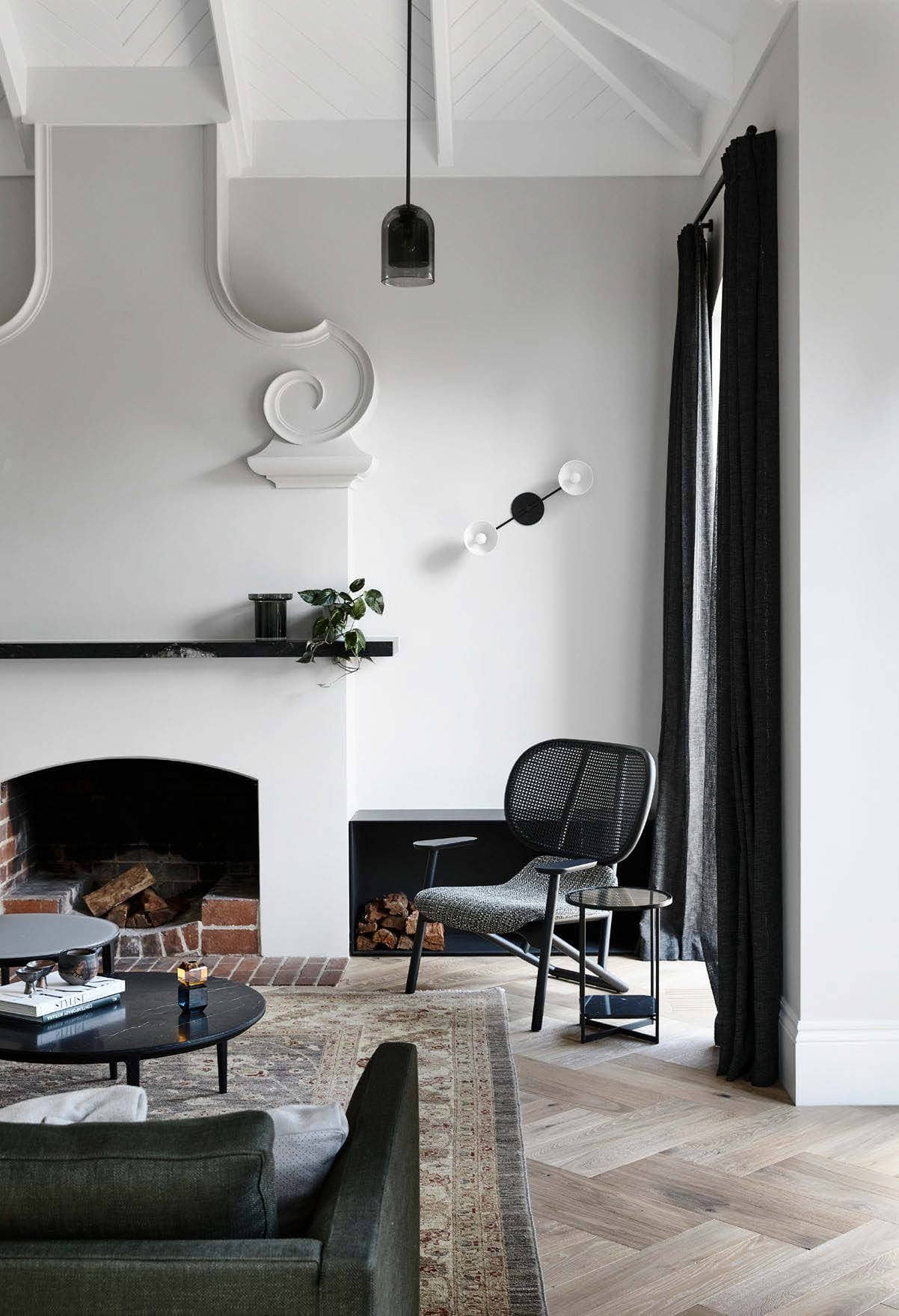 With its Flemish-style facade, including a Dutch gable, this unusual house in the Melbourne bayside suburb of Brighton regularly slows traffic. Located in a heritage-listed streetscape, the c.1909 home combines a number of styles, including Edwardian, Federation, Queen Anne and Dutch Renaissance. “We weren’t really looking for a house. Our focus was on scaling down to an apartment from a large property at Berwick (25 kilometres from the CBD),” says owner Georgina, who lives in this house with husband Mark and one of their three adult children. The couple could have easily missed this opportunity if it weren’t for interior designer Fiona Austin, founder of Austin Design Associates, who brought the unrenovated home to their attention. “She arranged a builder to come with her on our first inspection and one week later we signed the documents,” says Georgina. 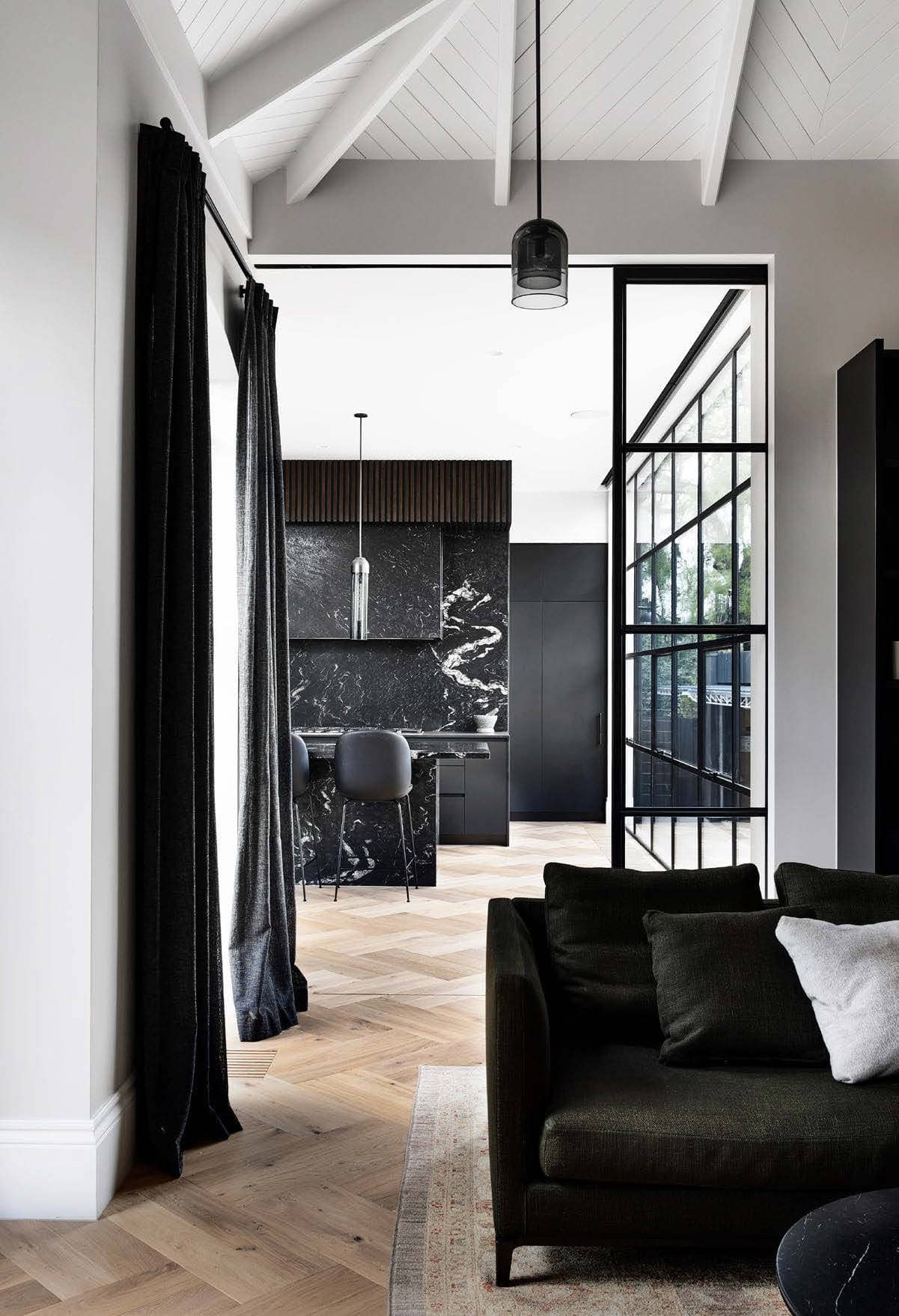 The house was in fairly original condition, with an architect-designed extension at the rear thought to have been completed in the 1980s. The rear addition consisted of a pavilion-style building, with another Dutch gable mimicking the original one. “One of the problems with that extension was the link between the original home and the new, given over to a kitchen and dining nook that simply wasn’t right for today, in particular for our clients who love to cook and entertain,” says interior designer Lauren O’Brien, co-director of Austin Design Associates, who worked closely with co-director interior designer Sylvanna Mitri. Other spaces also required reworking, including the main bedroom, dressing area and ensuite bathroom, previously a series of small and enclosed rooms. 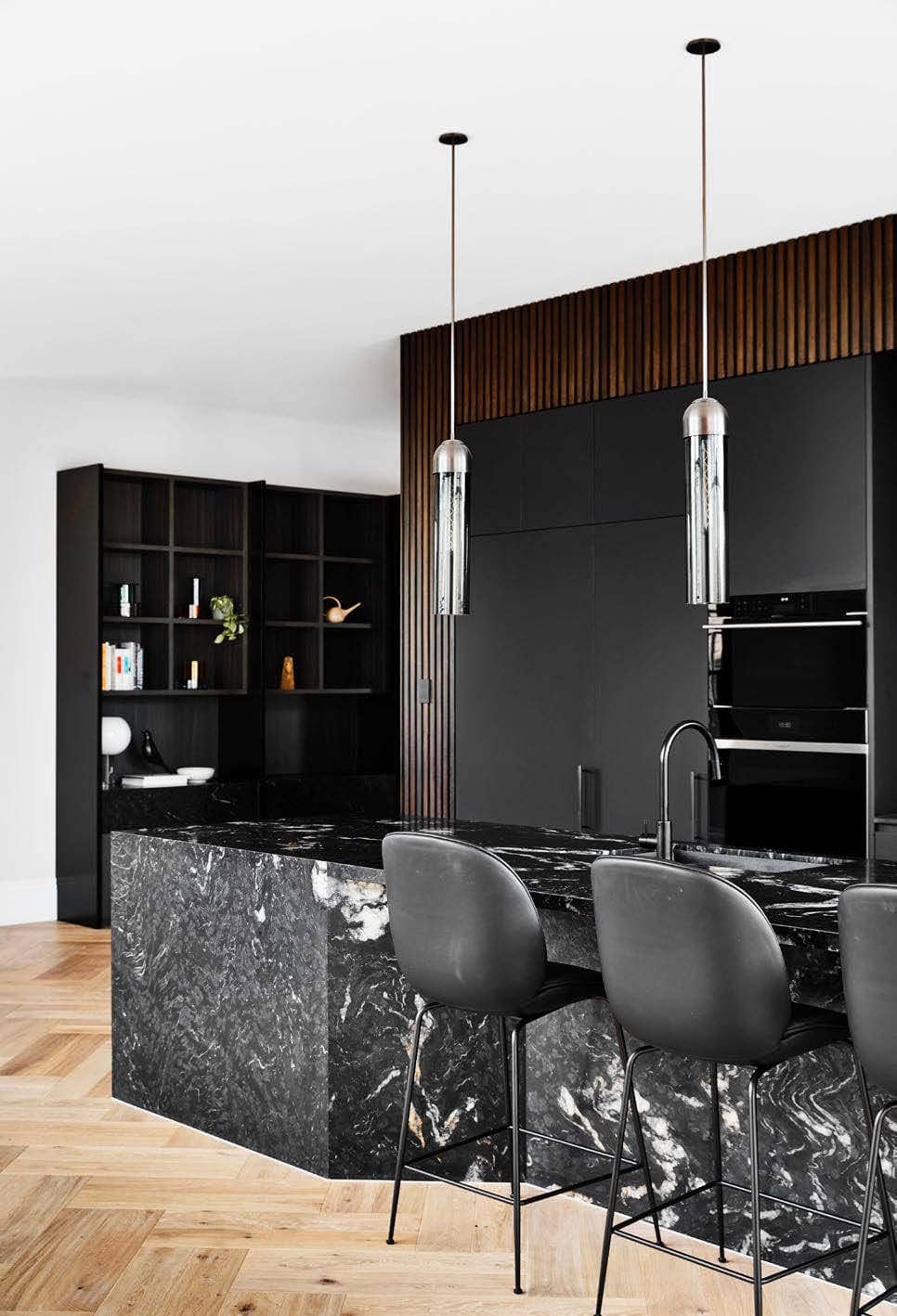